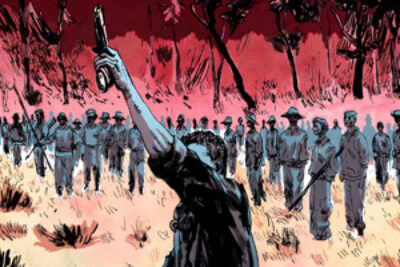 A prominent international advocacy group, the Committee to Protect Journalists, has asked the U.S. Department of Justice to reopen its probe into the murders of five Vietnamese-American journalists killed between 1981 and 1990.

The crimes, which remain unsolved, were the most serious incidents in what the FBI came to believe was a string of domestic terror crimes that convulsed the Vietnamese-American community throughout the 1980s; the victims, refugees of the Vietnam War, worked at small newspapers and magazines in Virginia, California and Texas.

This largely forgotten wave of violence was the subject of a television documentary and a series of articles reported jointly by ProPublica and Frontline. The reporting, built on thousands of pages of newly declassified FBI documents and more than 100 interviews conducted in the U.S., Thailand, and Vietnam, found clear links between the murders and a violent anti-Communist group called the National United Front for the Liberation of Vietnam, known simply as the Front.

Five former members of the Front — founded in the U.S. by onetime South Vietnamese military officers unwilling to concede defeat at the hands of the Communists back home, told the news organizations that the Front operated a death squad dedicated to eliminating or intimidating its perceived enemies. As well, one former Front leader admitted attending a meeting where the ultimately abandoned notion of assassinating a newspaper publisher was discussed in detail.

“Around the world, the unsolved killings of journalists creates an environment of fear and self-censorship,” said Joel Simon, executive director of the Committee to Protect Journalists. “While journalist killings are rare in the United States, the same dynamic is at play. This is why those who seek to silence the press through violence can never be allowed to succeed.”

In a letter sent to the Justice Department, CPJ said ProPublica and Frontline had “uncovered new evidence which could provide new avenues of investigation for law enforcement, and which warrant a fresh review of potential leads to solve this horrific string of murders. Notably, the new evidence includes the admission by former Front members that the group was responsible for the murders of two of the journalists.”

It is not the first time CPJ has taken up the cause. Some two decades ago, the organization produced an extensive report titled “Silenced: The Unsolved Murders of Immigrant Journalists in the United States,” and petitioned the Justice Department to make the slayings a priority for federal law enforcement. (Paul Steiger, executive chairman of ProPublica, once served as chairman of CPJ; Richard Tofel, ProPublica’s president, today serves on CPJ’s leadership council.)

After a series of small-scale regional investigations, the FBI formed a national task force in the early 1990s to examine the crimes, focusing heavily on Front members as suspects in the murders. Agents came to believe the Front was targeting journalists who espoused differing political views or disagreed with the group’s far-fetched plans to overthrow the Communist regime in Vietnam through a guerrilla uprising.

In one FBI memo obtained by ProPublica and Frontline, an agent put it bluntly: The Front “had undertaken a campaign to silence all opposition to it.”

But the bureau shut down the task force without making any arrests, and returned the murder cases to the jurisdiction of local police agencies, which have so far exhibited little interest in re-examining the killings.

In a statement to ProPublica and Frontline last year, the FBI said its examination of the crimes had been “led by experienced FBI professionals who collected evidence and conducted numerous interviews while working closely with Department of Justice attorneys to identify those responsible for the crimes and seek justice for the victims.” Despite those efforts, “DOJ and FBI officials concluded that, thus far, there is insufficient evidence to pursue prosecution.”

The murders began in San Francisco, when a 27-year-old newsletter publisher, Duong Trong Lam, was fatally shot outside his apartment in the city’s Tenderloin district. A written communiqué sent to media outlets took responsibility for the killing and stated that Lam was murdered because of the leftist views published in his newsletter. 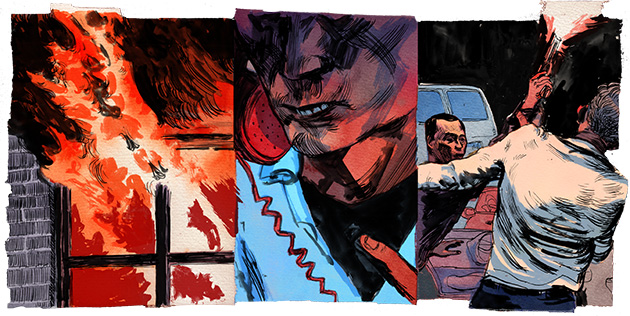 An old war comes to a new country. Read the story.

ProPublica and Frontline teamed up to investigate a wave of terror that targeted Vietnamese-American journalists. Watch “Terror in Little Saigon.”

A year later, in 1982, an assassin — or assassins — ambushed publisher Nguyen Dam Phong at his Houston home, shooting him seven times with a .45 caliber handgun and leaving him to die in his driveway. Though he was a staunch anti-Communist, Dam Phong often criticized the Front and its dreams of toppling the Hanoi regime through force of arms in his bi-weekly newspaper. He had received a stream of threats from the Front before his death.

Magazine publisher Pham Van Tap died when arsonists set fire to his Garden Grove, California, office in 1987. A communiqué distributed to the media said Tap was targeted for running ads for companies that engaged in trade with Vietnam, which was seen by militant anti-Communists as an act of treason.

Assailants armed with .380 caliber pistols later shot to death two staffers at a monthly Virginia magazine. The murders occurred about 10 months apart in 1989 and 1990. Both victims — Do Trong Nhan was a layout designer, Le Triet was a columnist — were slain in what the authorities regarded as well-planned attacks just outside their homes. Triet’s wife was also murdered.

The men worked for Van Nghe Tien Phong magazine, which was well known for its caustic criticism of the Front.

In addition to the murders, there was at least one near-fatal shooting. A gunman in Fresno, California, put a .380 caliber bullet in the face of writer and activist Doan Van Toai, who had challenged the Front in the pages of the Los Angeles Times. Toai survived the shooting, recovering in a hospital room protected by armed guards.

No one has ever been arrested in his attack.