How Will Coronavirus Affect Voting?

In the rush to respond swiftly to the pandemic, every state has changed something about its voting process. If you plan on voting in person, your polling place may be different, and you’ll have to follow safety protocols. If you vote by mail, you’ll want to send in or drop off your ballot earlier than you normally would — ideally as soon as possible.

But chances are it won’t significantly change your ability to vote and have your vote count. Despite worries around primary elections, the major problems have been isolated to a small number of counties in places that consistently have election issues, virus or not. For a snapshot of your state’s election administration performance, compared with other states, check out MIT’s Elections Performance Index. This database tracks how each state performed in the last election. Where yours ranked in the past could help you start to understand what things could be like in 2020.

Every county has at least a couple of options for voting. These will be handled differently depending on where you live because of our patchwork voting system, which has more than 10,000 voting jurisdictions that all run elections in different ways.

The good news is, the more choices that are offered to voters, the more you’re able to choose the option most appropriate for your needs. Here’s how to do that.

How to Vote in Person

Even as many states have expanded the ability to vote by mail, a lot of people prefer to do the job in person. Voters with language access needs may require an interpreter to help them with their ballot. Many people of color, particularly African Americans, are wary about voting in any way other than an in-person system that allows them to see their ballot physically being cast. Some states make it challenging to vote any other way. Get state-specific voting information here.

If you’re worried about whether or not other people will be able to vote in person voting this year, you might consider becoming a poll worker. One of the most common reasons for poll location closures is the lack of poll workers to staff them. Most poll workers are over the age of 60, and as these volunteers back out of the role for fear of contracting the coronavirus, we’re facing a nationwide shortage. There’s a national campaign underway to recruit people who are not as vulnerable to COVID-19 to staff in-person voting locations during early voting and on Election Day, and you can find information on how to volunteer here.

Where Is My Polling Place?

It’s likely not where you voted last time. Most people vote at places like private businesses, schools or community centers that are not required to be polling places. The owners of some of these buildings aren’t crazy about opening up to the public amid a pandemic, and many have opted out for this election.

County election officials have been scrambling to find new polling sites, and they’re coming up with creative solutions. For Kentucky’s June primaries, Louisville famously converted its massive convention center into a single polling place for the city’s 600,000 residents. Despite concerns this change could suppress votes, the election went smoothly, thanks to the convention center’s size and the always-low turnout for primary elections, not to mention the many citizens who had already voted by early or by mail. Local news organizations are generally your best source for on-the-ground reporting on voting conditions in your community. Let us know via text, WhatsApp or Facebook if you experience or witness any voting troubles, from now through election day.

All that said, for some people, their polling site won’t be sorted out until a couple weeks before Election Day. Check out the status of where you’re supposed to vote (and remember to double-check closer to voting time) at your county election official’s website.

What Am I Supposed to Bring With Me to Vote?

If you’re a first-time voter, you are required to show identification at the polls. And in some states, all voters have to present ID. But what you’ll need to bring varies by state. Sometimes drastically. Here are different levels of ID requirements:

Some states require voters to show government-issued photo identification, like a driver’s license or U.S. passport.

In some states, a non-photo ID with your name and address, such as a utility bill or bank statement, is required.

Then there are the states that request either of these forms of ID, but it’s not required for you to vote. Under this category, you can still vote through alternative options like signing an identity affidavit, having election officials vouch for your identity or voting on a provisional ballot that is double-checked by your local election officials. (But, like all things on Nov. 3, options come down to the state.)

No Document Required to Vote

Finally, in some states, you don’t have to show any ID at all — unless you’re a first-time voter.

The League of Women Voters’ Vote411.org has more info about the documents your state requires.

Can I Vote Early or Just on Election Day?

Most states — 37 in total — offer some kind of early voting, and many have expanded the number of days to alleviate crowds, allowing folks to better follow social distancing protocols. Your local election official has more details about the local rules and how many days of early voting you get (if it’s offered). If you’re able to vote early in your state and are confident in your choices, it’s recommended that you vote as early as possible.

For one thing, if you go to your polling place early and there’s a long line, you can try coming back the next early voting day. But if you put it off until Nov. 3, then you’ll have no choice but to wait it out. In addition, other voters in your county might not be able to take advantage of early voting options and will have to wait until Election Day, so voting early helps them cast their ballot safely — and ease the Election Day crush on poll workers.

How to Vote by Mail (If You Can)

There is no evidence to support President Donald Trump’s claims that mail-in voting leads to widespread voter fraud. Several states have moved to expand access to mail-in voting (sometimes also called absentee voting). You can use Vote411.org to find out what’s available to you.

Forty-four states and the District of Columbia currently allow anyone to vote absentee. In most of those states you have to request an absentee ballot, although several have moved to make the process easier by sending every registered voter an absentee-ballot application.

Six states — Indiana, Louisiana, Mississippi, South Carolina, Tennessee and Texas — require an excuse to vote by mail, and COVID-19 concerns aren’t a good enough reason. In most of these states, you can still request an absentee ballot if you’ll be out of your county on Election Day, are sick or have a physical disability that makes it hard to get to the polls, are active duty in the U.S. military or work a required shift that coincides with polling hours.

See your secretary of state’s website for details on how to get your ballot. If you live in a state where you have to request an absentee ballot, do it as soon as possible. Election offices are slammed in the weeks before Election Day. The sooner you request and receive your ballot, the sooner you can send it back.

Will My Mail-In Ballot Be Counted?

If you live in Colorado, Hawaii, Oregon, Utah or Washington, where all or most people already vote by mail, or Arizona, California or Montana, where most ballots are regularly cast by mail, you should be fine. These eight states, after all, shifted gradually into their vote-by-mail systems, with major investments put toward training, equipment, standardized envelopes and tracking mechanisms in order to ensure that all goes smoothly.

For everyone else, with inconsistent state rules and limited resources, it’s far less certain whether election administrators can ramp up nationally to reach more than 200 million registered voters by November. 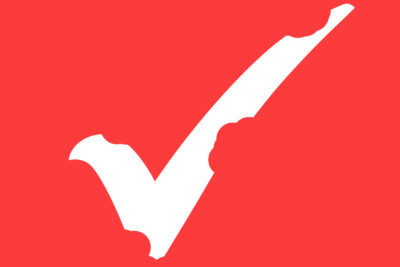 If you want to get a sense of how prepared your state is for voting by mail, the Brookings Institution has given each state a scorecard.

In all states, however, voting by mail involves a ballot return deadline. As with practically every other part of the voting process, the absentee ballot deadline varies by state — but the U.S. Postal Service recommends that voters mail their ballot at least one week before the due date required by each state to allow for disruptions like severe weather and other unforeseen circumstances.

In fact, delays in mail delivery have already been reported, in light of a few factors: the nearly 10,000 postal workers who have tested positive for COVID-19 (according to the official USPS count); new cost-cutting measures including the elimination of late or extra delivery trips from processing and distribution centers; and the recent removal of hundreds of letter processing machines from postal facilities.

One more time: If you vote by mail, it is recommended that you mail your ballot in as soon as possible — or no later than two weeks before Election Day.

If you want to bypass the mail process entirely, some states have ballot drop-off boxes — a secure, time-tested way to return your ballot. Others let you drop off your absentee ballot at the county election office or your polling place. To check your drop-off alternatives (if any), contact your local election office.

If you’re feeling a little overwhelmed by all this information — not to mention that the particularities of voting in your state may still be subject to change over the coming weeks — the League of Women Voters Vote411.org portal will be kept up to date through the election, in English and en Español.

Electionland, a coalition of hundreds of newsrooms around the country, is working to help journalists report on election related issues. Its reporters monitor problems that can stop voters from casting their ballots, like changed voting locations, overwhelmed vote-by-mail systems, election disinformation, broken machines and hacking. Led by ProPublica, Electionland uses data and technology to track problems, in real time, at every stage of the voting process.

We’re inviting you to help us monitor the 2020 election. If you have problems completing any of the steps in this guide, we want to hear about it.

From now through Election Day, you can tell us about voting problems in your area. In 2016, nearly 4,000 voters reported problems they experienced or saw to Electionland, from names incorrectly missing from the voter rolls to shady information shared online. We’re standing by again this year to hear from you!