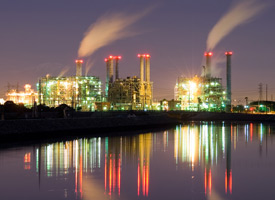 Does the air seem a bit cleaner this morning? In a surprising turn of events, the Environmental Protection Agency announced Wednesday it is withdrawing two rules that could have weakened the Clean Air Act.

ProPublica had been tracking both rules on its Midnight Regulations chart. One would have made it easier for older power plants to avoid installing pricey air pollution control technology. The second rule would have affected the air quality near national parks.

An EPA spokesman told the New York Times the agency had decided to abide by the White House's edict (PDF) that the drop dead date for publishing new rules in the Federal Register was Nov. 1.

"We didn't want to be faced with putting a midnight regulation in place," the spokesman, Jonathan Shradar, told the Times. "It was better to leave those incomplete rather than force something through."

It remains to be seen what the EPA will do about the other rules the agency has been pushing through -- rules that, if they remain in place, will also be published well after the deadline.

We'd like to know why EPA chose to abandon these two rules and not the others still pending. We're placing a call to the agency to find out.