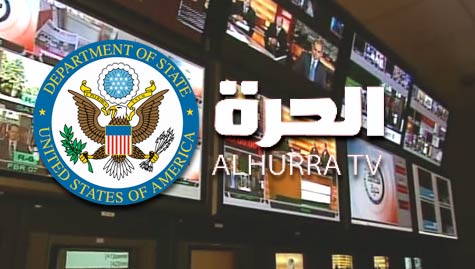 The State Department inspector general has begun a comprehensive inspection of Alhurra, its sister station Radio Sawa and its parent company, the Middle East Broadcasting Networks.

Alhurra, set up under former President George W. Bush to broadcast an American perspective of U.S. foreign policy in the Middle East, was the subject of a joint investigation last year by ProPublica and CBS' "60 Minutes."

The investigation and a series of ProPublica articles revealed serious staff problems, financial mismanagement and long-standing concerns inside the U.S. government and Congress regarding Alhurra's content. Those stories led to congressional inquiries in the House and Senate. The station has cost U.S. taxpayers more than $600 million since it began broadcasting in 2004.

Alhurra has sought to address some issues in the last year, by tackling financial and accounting procedures, according to several individuals with direct knowledge. Its president, Brian Conniff, met with congressional investigators, and Alhurra has hired Tom Dine, a former head of Radio Free Europe and former director of AIPAC, the American-Israeli lobby group, as a consultant. Dine said in an interview with ProPublica that his enthusiasm for international broadcasting, and his knowledge of the Middle East, would help him to promote the network on Capitol Hill and within the Obama administration.

The White House has not said whether it intends to overhaul Alhurra or reshape its mandate. The administration is reportedly preparing to nominate Walter Isaacson, the former managing editor of Time magazine and a former chairman and CEO of CNN, to head the Broadcasting Board of Governors which oversees Alhurra, the Voice of America and other international government broadcasting efforts. State Department officials said it is unlikely that any decisions about Alhurra’s future will be taken before a new BBG chairman is in place.

Employees at Alhurra and Radio Sawa, which broadcast in Arabic to the Middle East, were told two weeks ago, in an e-mail from the company’s communications director, to complete a questionnaire ahead of the inspection and to prepare for meetings with members of the inspector general’s staff.

While the office of the inspector general "has done other audits on specific MBN issues, this will be the first inspection of overall MBN operations," Deirdre Klein wrote to the staff, referring to Alhurra’s parent network, the Middle East Broadcasting Networks.

In a statement, Klein described the inspection as "routine" and said Alhurra was assisting "in every way possible to ensure a comprehensive examination."

Inspections generally focus on management issues, the use of financial resources and whether U.S. foreign policy goals are being effectively achieved.

In addition to ProPublica’s investigation, a number of current and former employees said they had filed complaints with the inspector general’s office and with the Equal Employment Opportunity Commission, a government agency that enforces federal employment discrimination laws. The questionnaire specifically asks employees to discuss the treatment of women and minorities in the office.

Alhurra has experienced unusually high staff turnover. A number of senior staff members who worked on the business side, handling contracts and expenditures, resigned in the last year.

Several employees of MBN said the company had also fired a number of employees in recent weeks, including a senior editor in Virginia. The editor, Adil Awadh, said in an interview with us that he had raised allegations of financial mismanagement at Radio Sawa both with supervisors and later with investigators from the inspector general’s office.

Awadh also said he told investigators of "reports of financial irregularities in the Baghdad bureau and MBN’s attempt to cover up those irregularities." Awadh, who won two awards for Radio Sawa, believes his discussions with inspectors angered his bosses and led to tensions in the workplace that ended with his termination on Sept. 10. He said he suggested to his bosses that he was being fired for contacting the inspector general’s office but they disagreed. Awadh said he did not receive a termination letter but was told he was being dismissed because the Iraq operation he oversaw was in disarray. (Klein did not respond to questions about Awadh.)

But results from the largest public opinion poll in the Arab world indicate that Alhurra is the least-favorite station in the region overall and is losing viewers.

The poll, published in May by the University of Maryland and Zogby International, showed Alhurra with about a 0.5 percent audience preference across the Arab world's largest and most influential countries. Shibley Telhami, a leading Middle East expert at the University of Maryland and the Brookings Institution in Washington, said Alhurra's rating was so low that, for the first time, it fell below the poll's margin of error.

A separate study, commissioned by the BBG and conducted by the University of Southern California's Center on Public Diplomacy, found persistent problems with Alhurra. The center's report concluded last year that the network fails to meet basic journalistic standards, suffers from poor programming and is plagued by perceived bias.

The BBG attempted to withhold the USC report from public scrutiny but made it public last December after congressional inquiries.