A divisive vote, with jobs and immigrants the most combustible issues. An outcome that surprised the experts. A nation left on edge, with many anxious about intolerance and the violence that can stem from it.

No, not just America today, but also the United Kingdom seven months ago. Last June, voters there opted out of the European Union, ushering in a new prime minister who has since backed controversial proposals, including one that would require pregnant women to show papers that prove their “right” to use the national health system, before being allowed to give birth in a hospital.

So, were the worst fears of racial, ethnic or other hate violence realized? A mix of government agencies, academics and other organizations have been laboring to offer answers.

In the week after the British went to the polls — widely known as the Brexit vote — there were more than 2,400 accounts of hate crimes reported through Twitter, according to a report from the Centre for the Analysis of Social Media at Demos.

In July, the first full month after the Brexit vote, police in England and Wales recorded more than 5,000 racially or religiously motivated hate crimes, a 41 percent jump from a year earlier, according to a report from the U.K. Home Office. Those numbers declined in August, but were still higher than reported numbers from before the referendum, the report said.

Another analysis tabulated 636 online reports of hate-crime incidents in the month after the vote. About a third of the accounts involved targeting ethnic minorities, particularly South Asians. Among attacks targeting Europeans, Polish people were the most frequent victims. The report, which is based on combined data from three separate social media campaigns, found that more than three-quarters of the incidents consisted of verbal abuse and another 14 percent entailed physical violence or threats of it. The aggressors referred to the referendum in more than half of the incidents, which tended to occur in urban areas, according to the report.

Those doing the research recognize the data is far from perfect: Verifying reports of bias incidents can be difficult; capturing every crime is near impossible. But one aspect of the information has been surprising. The incidents often did not involve the likeliest of suspects: the fringe, ultra-nationalist and Neo-Nazi groups long familiar to many in Britain.

“What we’ve found in Britain is that the vast majority of hate crimes here are not carried out by members of extremist organizations, but carried out by quote-unquote ordinary people,” said Nick Lowles, the director of Hope Not Hate, a research and anti-racism organization that tracks court records and media reports on the prosecution of hate-crime offenders.

A December report from the Institute of Race Relations in London analyzed 134 racist incidents covered by the media in the first month after the Brexit vote, among which the most frequent victims were Muslims and Southern or Eastern Europeans. In only 11 instances were those involved affiliated with far-right groups.

Lowles said that element in the data suggests more significant issues for Britain around the question of racial, religious and political tolerance, beyond the challenges of addressing extremist minorities.

“It’s societal, it’s about racism in society, it’s about economic deprivation, it’s about supremacy,” Lowles said. “The answers are much more difficult.” 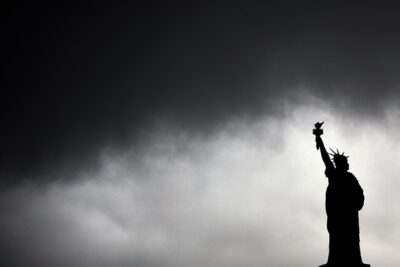 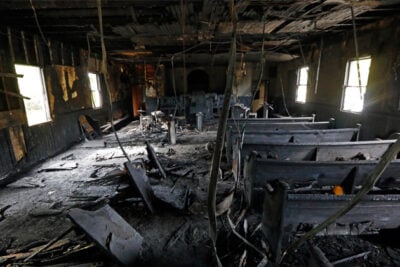 An earlier study — a two-year effort based in Leicester, England — found that about a third of hate crimes involved perpetrators who knew their victims, a conclusion based on the experiences of more than 1,400 people who had suffered hate crimes.

“The problem with hate-crime terminology is that it allows us as a society to kind of let ourselves off the hook and say, ‘You know, hate-crime offenders are clearly bigots, and thank God I’m not a bigot,’” said Neil Chakraborti, one of the 2014 study’s authors and a professor of criminology at the University of Leicester. “The majority of hate-crime offenders come from everyday communities, they come from environments and neighborhoods and professional occupations which are typical of us.”

The emerging scholarship in Britain may be of use to law enforcement, academics and advocacy organizations in the U.S. In November, the FBI announced it had seen a rise in hate crimes in 2015 over the previous year. The police in New York City saw a similar pattern during 2016 as the country experienced a divisive vote with jobs and immigration among the lightning rod issues. And civil-rights groups such as the Southern Poverty Law Center and the Anti-Defamation League have noted both an uptick in incidents and a direct relation to the 2016 presidential election.

ProPublica in 2017 is launching a project aimed at better recording and verifying reports of hate crimes. The effort will involve a number of news organizations and technology companies.

In Britain, politicians have condemned the violence and intimidation in the aftermath of the Brexit vote. Then-Prime Minister David Cameron declared that “we will not stand for hate crime or these kinds of attacks. They must be stamped out.” About a month later, the U.K. government published a new hate crimes response strategy that touted tolerance as “a cornerstone of British values” and promised “to ensure that perpetrators are punished.” In October, newly installed Prime Minister Theresa May said in a statement that hate crimes have “absolutely no place in British society” and that government and police agencies had already taken steps to improve their response.

Critics of the government have attempted to highlight what they argue is a disconnect between its worries about violence and its sometimes harsh measures to tackle the volatile issue of immigration.

For instance, following the Brexit vote and widespread denunciations of hate crimes, the U.K. government backed a pilot proposal that would require pregnant women to produce identification before being allowed to give birth at one London hospital. May has also supported a new “targeted visa system” to help limit the number of immigrants that enter the country.

May’s efforts follow earlier action taken during Cameron’s administration. In 2013, when May was Home Secretary, the government launched “Operation Vaken,” a public awareness initiative meant to encourage immigrants without legal status to leave the U.K. voluntarily. The message was delivered in part through mobile billboard vans that drove around six London boroughs, telling people that they should “go home or face arrest.” And just last May, the Immigration Act of 2016 received final approval, making it a criminal offense for undocumented individuals to work and imposing harsher punishments on employers who hire such workers.

In February 2016, Hope Not Hate released a report on public attitudes toward immigration, race, religion and identity in the U.K., which found that those who were the most opposed to multiculturalism and immigration were also the most pessimistic about their own economic futures and that of the country. A follow-up survey conducted just after the referendum found that these same segments of the population — which had largely voted to leave the European Union — had flip-flopped and were now “remarkably positive about the future” given their revived hopes for limited immigration and economic security post-Brexit.

If these citizens’ newly raised expectations are not met, many will feel angry and betrayed by the political establishment yet again, according to Lowles of Hope Not Hate.