Ten years ago, the Department of Labor wrapped up a lengthy investigation of Arise Virtual Solutions, a company that recruited customer service agents to work from home fielding calls for big brand names like Disney and AAA. The so-called gig economy was in its infancy, with Uber launching and TaskRabbit starting to go national.

The question for the Obama administration’s Labor Department: Did Arise employ those customer service agents? Arise trained the agents and exercised extraordinary control over their work. But it treated them as independent contractors rather than employees. That meant the agents weren’t entitled to minimum wage, overtime or other employment protections. They paid for their own training and equipment, and even had fees deducted from each paycheck for use of Arise’s technology platform.

The Labor Department investigator concluded that the company was violating federal law and cheating its workforce. The agents, no matter what Arise called them, were functioning as employees and should be paid and protected accordingly, the labor department found.

The investigator estimated that over two years, Arise had shortchanged its network of agents by $14.2 million.

In September 2010, the investigator and a higher-up met with two lawyers for Arise. One of the Arise lawyers, three years before, had been in charge of the very division that conducted the Labor Department investigation, appointed to that position by George W. Bush.

The Arise lawyers “politely disagreed” with the department’s findings, according to a report written by the investigator and obtained by ProPublica through a public records request. Arise refused to change its practices. It also refused to pay any back wages.

“They said no to both,” one person familiar with the investigation told ProPublica. 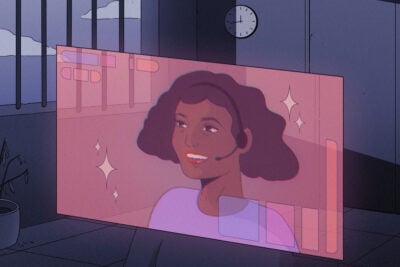 The Labor Department, faced with Arise’s refusal, responded with what amounted to a shoulder shrug. The department didn’t take Arise to court to collect back wages and enforce compliance with federal law. Instead, it walked away without collecting a single dollar for the agents. The investigator submitted his file to the Labor Department’s regional office in Atlanta as “RTP / RTC,” which stands for Refusal to Pay, Refusal to Comply.

The department’s Arise investigation, built on scores of interviews and an extensive review of the company’s business model, had the potential to help check what has become a defining feature of the 21st century economy. An additional 6 million workers joined the gig economy in the past 10 years, according to an analysis of payroll data by the ADP Research Institute. Companies like Lyft, Grubhub, Instacart and others shed labor costs by classifying many workers as independent contractors rather than employees.

“It’s absolutely a missed opportunity for the Labor Department,” said Erin Hatton, a sociology professor at the University of Buffalo who specializes in labor policy and the gig economy. “It tells companies, almost explicitly, that they can flout the law.”

In the years after the Labor Department investigation, Arise expanded from the 20,000 agents it had at the time of the investigation. Last spring, it had 70,000. Its list of corporate clients, past and present, has included Carnival Cruise Line, Comcast, Airbnb, Peloton and Intuit, the maker of TurboTax. The company, one former CEO told a trade publication, helps its corporate clients “squeeze wastage out of a typical workday” by not having to pay these customer service representatives for “lunch, breaks and training” because the agents are treated as independent contractors.

Those agents have included people like Krystin Davenport, a Las Vegas woman who took a $12-per-hour job to help Intuit customers only to see her pay, after fees, chopped to $2.52 an hour.

ProPublica wrote about Arise in October, drawing on transcripts of arbitration hearings, financial slides, corporate contracts and other records.

Arise executives declined to be interviewed for this story. The company provided ProPublica with a written statement, saying, in part, that Arise “complies with all applicable laws. … We strongly believe, and communicated to the DOL at the time, that its determination in connection with the 2010 audit was incorrect.”

“The Larger the Case, the More Reluctant the Attorneys”

Unlike many Labor Department cases, the Arise investigation went deep.

The DOL investigator, whose name is redacted in the released records, interviewed at least 56 people in a probe that lasted over a year. The investigator determined the customer service agents were Arise employees. Arise “exerts an extraordinary degree of control” over the agents by dictating their training and charging them fees, among other measures, the investigator wrote. The agents’ work is also integral to Arise’s business, the investigator found: “In fact it is the principle, primary, and primordial part of the employer’s business.”

Arise owed $14.2 million in back wages, the investigator estimated. That was a huge number by Labor Department standards. In previous years, the average unpaid back wages per department investigation had been about $16,000, according to a 2010 report. Plus, the Labor Department had authority to seek double damages, potentially putting Arise on the hook for $28.4 million, all of which would have gone to the workers.

But in March 2011, the investigator received a memorandum from John Bates, then director of enforcement for the Labor Department’s southeast region, instructing the office to seek back wages only for those specific agents who had been interviewed about unpaid overtime or minimum-wage violations. That dropped the figure dramatically, from $14.2 million to $40,502.69.

While Arise says it doesn’t “have any correspondence” about the exact amount of back wages the Labor Department was seeking, the company refused to pay any money at all. In a written statement to ProPublica, the company said it “strongly” disagrees that it shortchanged workers.

One of Arise’s two lawyers in the case was Paul DeCamp, who had been hired as outside counsel, according to Labor Department records. DeCamp had served as administrator of the Wage and Hour Division in 2006 and 2007. (He didn’t reply to interview requests from ProPublica.)

A Labor Department official declined to comment to ProPublica on the details of the Arise case but said that the agency is constrained by limited staff in deciding which cases to pursue in court. “We can’t be everywhere,” the official said. “Ultimately we have to make some tough choices based on the resources of our agency and the resources of our solicitor’s office.”

Bates, who is now retired, told ProPublica in a recent interview that the case “didn’t go very far because there was little cooperation from the employees.”

“It was determined there was insufficient proof to go forward with litigation. You can say there is a violation, but if they refuse to accept it, the only way to enforce it is to go to court,” he said.

But another person familiar with the investigation said that “many, many” agents were interviewed for the investigation. This person added, “It seemed the larger the case, the more reluctant the attorneys were to get involved.”

A 2010 report to the Labor Department’s Wage and Hour Division, which is responsible for enforcing federal laws governing minimum wage, overtime, family medical leave and child labor, expounded on the need for expanded litigation, saying it “can have broad impacts on employer behavior.”

Shannon Liss-Riordan, a Boston attorney who has litigated worker misclassification claims against not only Arise, but also Uber, FedEx, Amazon and others, told ProPublica that it is “shocking” the Labor Department didn’t take action against Arise based upon its findings. “If companies know that they can just refuse to comply and there will be no repercussions, what message does that send?” she said.

After the Labor Department investigation, Arise lost two separate claims brought by agents who, represented by Liss-Riordan, alleged the company had misclassified them as independent contractors. The company was ordered in 2015 to pay one agent $11,683.64 and another $13,052. But the agents, who as a condition of signing on for this work had waived their right to join any class action litigation against Arise, won those awards in individual arbitration proceedings held in private. Arise paid the relatively small amounts and thereafter continued to classify its network of agents as independent contractors.

The Labor Department’s 2010 investigation of Arise took place a year after the Government Accountability Office published two reports on the department’s sluggishness and ineptitude in these very kinds of cases.

To test the Wage and Hour Division’s competence, the GAO set up a sort of undercover sting. The GAO filed 10 fictitious complaints, complete with pretend employees and employers.

Wage and Hour employees failed to so much as enter five of the 10 complaints in the department’s database, producing no trace that a complaint was ever filed.

The GAO found that employees discouraged complaints (“You’re sure you don’t want to just have a nice conversation with him [employer] yourself?” one Wage and Hour Division representative asked a complainant); pleaded to being powerless (“Once the employer tells me that they’re not going to pay and they can’t, my ability to, you know, force payment has ended,” another representative said); lied about what investigative steps the division had taken; and, in one instance, failed to investigate when informed of children working at a meat-packing plant, operating circular saws.

(The Labor Department, in its response to the report, said it had determined the child-labor complaint was bogus, but did not provide any supporting documentation that would allow the GAO to confirm its account, according to GAO records.)

The GAO provided a three-minute excerpt of these audiotaped calls, available here: https://youtu.be/GVHpdzDHprI. Here are some screen grabs from those excerpts:

In one of the 10 cases, the fictitious employer of a fictitious receptionist in Virginia admitted to not paying minimum wage as required. But the employer refused to pay back wages. When informed of this, the “investigator accepted the refusal without question,” according to GAO records. When the employee asked why the Wage and Hour Division couldn’t do more to help, the investigator told the employee to take it up with his congressman.

A second GAO report published in 2009 focused on the Labor Department’s handling of claims about worker misclassification, the issue at the heart of the subsequent Arise investigation. The report described how treating employees as independent contractors can harm not only vulnerable workers, but also law-abiding companies: “[E]mployers with responsible business practices may be undercut by competitors who misclassify employees to reduce their costs, for example, by not paying payroll taxes or providing benefits to workers.”

Will the Department of Labor under President Joe Biden be different than it was under the early years of the Obama-Biden administration? A renewed focus on worker classification offers a test.

Earlier this month, as the Trump administration neared its end, the department finalized a rule that would make it easier for businesses to classify workers as independent contractors. But Biden, who has named Boston Mayor Marty Walsh, a former union worker, as his choice to be labor secretary, could freeze the rule before it takes effect.

Another issue will be staffing, which has suffered in recent years from stagnant funding and a hiring freeze. A just-released GAO report says that from fiscal year 2010 to 2019, the number of Wage and Hour investigators dropped from 1,035 to 780, a 25% decline.