Read a version of this story written in plain language to make it more accessible.

A 29-year-old resident with disabilities so profound she could not talk, walk or care for herself shocked staff when she gave birth to a boy. No one had even noticed she was pregnant. Immediately it was clear she had been raped.

In the national outrage that followed the incident at Hacienda HealthCare in Phoenix, Arizona promised to do better. The state, which prized itself on its reputation for providing top-notch services to people with intellectual and developmental disabilities, took action immediately.

Republican Gov. Doug Ducey created a task force charged with finding ways to improve services and protections for some of Arizona’s most vulnerable residents. The task force, made up of more than 40 agency heads, legislators, health care providers, group home operators and advocates, delivered its recommendations more than a year ago. Most of them were supposed to be implemented by the end of 2020.

But a review by ProPublica and the Arizona Daily Star shows that only a third of the 30 recommendations have been fully enacted, with others months or years from completion.

The task force recommended the creation of a central registry to track abusers of children, vulnerable adults and people with developmental disabilities in a single database. That hasn’t happened.

Another goal: training providers, family members and others on how to recognize signs of abuse among people with developmental and intellectual disabilities. That, too, remains incomplete.

Jon Meyers, a task force member and the executive director of The Arc of Arizona, an advocacy group for people with intellectual and developmental disabilities, said many advocates are frustrated by the slow pace of reform.

The most important changes recommended by the task force require money. For instance, it suggested the state may need to increase pay to hire well-qualified care providers and abuse investigators to reduce turnover and foster a safe environment for those with developmental disabilities.

But state agencies — hampered by the demands of the pandemic — have not requested any budget increase for more staff or higher pay levels, and there is no sign the state Legislature is willing to boost funds.

“That’s so obviously not going to happen it’s a wonder we could include it with a straight face,” Meyers said.

Advocates who served on the task force said the Division of Developmental Disabilities, or DDD, the agency charged with caring for people with intellectual and developmental disabilities, ignored recommendations for increased transparency and accountability.

The agency created a website “dashboard” to provide more insight for families and clients. However, it lists only the most basic information about the safety of government-funded residential settings.

Adult Protective Services, which investigates allegations of abuse against people with developmental disabilities, redesigned its website, too. But it’s still not possible to get detailed information, such as the complaint history of a facility.

A spokesman for DDD and Adult Protective Services said the agencies are providing as much information as is legally allowed. But advocates dispute the agencies’ interpretation. They point to other government agencies that require nursing homes and hospitals to disclose far more data. 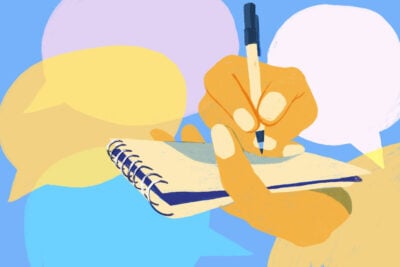 What’s Your Experience With Intellectual and Developmental Disability Care in Arizona?

The Arizona Daily Star and ProPublica are investigating services for people with intellectual and developmental disabilities. Here's how people with disabilities, their families, friends, caregivers, teachers and medical providers can help.

“At a real practical level, a family member who is considering a group home environment should be able to look at all the complaints that have been filed and the resolutions to get the compliance history for that individual home and that individual provider,” said Will Humble, the executive director of the Arizona Public Health Association and father of a grown son with Down syndrome.

One achievement: The state’s Medicaid agency has accomplished its task of rewriting contracts, including a provision requiring that group homes and other facilities post signs informing people with developmental disabilities, their loved ones and staff about how to report physical and sexual abuse.

But two years later, there are no signs to hang. DDD officials are redesigning them after self-advocates reported that the signs were too hard to understand.

State officials responsible for implementing task force guidelines said that more than half of the task force recommendations were either complete or in the process.

“I actually am really proud of the work that the task force has done,” said Jami Snyder, director of the Arizona Health Care Cost Containment System, the agency that took the lead on the task force. “I think the agencies have done a lot of really phenomenal work since that time. I think we have more work to do.”

Christina Corieri, senior policy adviser to Ducey, said she was impressed with the work of the task force, formally known as the Governor’s Abuse and Neglect Prevention Task Force.

“We have implemented many of [the recommendations]. We are committed to implementing all of them,” Corieri said.

The Department of Economic Security, which oversees the DDD, said in a statement that it remained “committed to ensuring the health and safety of vulnerable individuals.”

“We support the work and recommendations of the Task Force and have strong collaboration across state agencies and with stakeholders in the joint commitment to improve the quality of life for vulnerable Arizonans,” the statement said.

The Wheels of Government

This fall, DDD released instructions to show staff how to recognize abuse, to avoid retraumatizing a victim and to seek out whistleblower status. But with no funding to accompany the mandate, it will be difficult to actually conduct the four-hour training sessions, said Gina Griffiths, director of programs for The Opportunity Tree, a Phoenix-based company that runs group homes and a day treatment program. Griffiths sat on some of the task force work groups.

“I don’t know why any of this has taken as long as it’s taken,” Griffiths said. “The wheels of government really do turn slowly.”

The task force called for all Adult Protective Services investigators to receive training to better recognize signs of sexual abuse in people with developmental disabilities. A spokesman for the agency said that training is underway and should be completed by June 2021.

Task force members did not even address some long-term problems with Arizona’s system. DDD relies upon support coordinators to meet with families and clients to make sure clients are receiving the services and medical care they need. Despite issues of low pay, high turnover and a lack of training, the support coordinators were not even mentioned in the recommendations.

Diedra Freedman worked on the task force and also serves as the chair of an independent oversight committee, which is supposed to safeguard the rights of DDD clients. Her son has autism.

“In two years of work, the bureaucracy has created a flowchart that explains the system, but they have not in any way improved the system,” Freedman said.

The pandemic, of course, helps to explain many of the delays. Task force members, including state officials, have been forced to postpone meetings in order to deal with medical crises.

But advocates like Erica McFadden, executive director of the Arizona Developmental Disabilities Planning Council and a task force member, said that instead of slowing work down, COVID-19 should have sped it up. 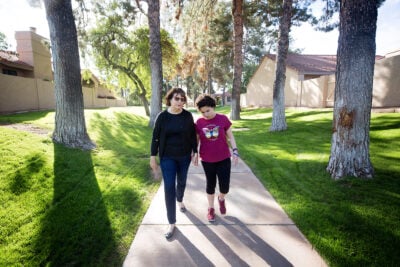 They Made a Revolutionary System to Protect People With Developmental Disabilities. Now It’s Falling Apart.

Arizona’s Independent Oversight Committees helped it become one of the best places in the country for the care of people with developmental and intellectual disabilities. But now members say the state hasn’t provided necessary resources.

This System Is Supposed to Protect People With Developmental Disabilities. It Is Falling Apart.

Arizona’s Independent Oversight Committees helped make it one of the best places to live as a person with DD. But now they say the state isn’t giving them what they need.

The isolation faced by people in group homes and other settings that shut down to visitors in early 2020 makes the possibility of abuse more serious, she said.

If state leaders took seriously the lessons of Hacienda, McFadden said, they “would have ensured how to proactively react to members at this time.”

“This should not be a fight,” she said.

Another challenge for the task force was that several key members left their state jobs, taking valuable institutional knowledge with them. They include the directors of the Department of Economic Security, the DDD and Adult Protective Services.

Other members lost interest, convinced they were not going to make a difference.

G’Kyshia Hughes, who works in social services and is guardian to her brother, who has autism, said she stopped attending meetings when she realized the task force could not accomplish much without funding.

“What’s the point of putting these things together if you don’t know for sure that the Legislature is going to give you funding for it?” she asked. “It’s just a document with no teeth.”

Dana Kennedy, state director for AARP Arizona and a task force member, said that improving safety for those with developmental disabilities is not a high priority for lawmakers in the upcoming 2021 legislative session.

“It’s just maddening to me because we already had a Hacienda. We didn’t get anything done through the Legislature. And now here we are starting another legislative session and ... nobody's talking about it.”

He is being raised by his grandparents on the San Carlos Apache Reservation near the town of Globe. His mother has left Hacienda, where she was raped, and now lives in a smaller facility in Phoenix, said John Micheaels, her attorney. Family members would have liked to have her closer to them, but there are no suitable residential facilities nearby.

Micheaels has now settled lawsuits against Hacienda, the state of Arizona and one of the woman’s physicians. The state settled for $7.5 million. Hacienda did not release the amount, nor did the physician. None admitted wrongdoing.

Nathan Sutherland, the Hacienda worker arrested in late January 2019 and charged with sexual assault and abuse of the woman, is awaiting trial. He has pleaded not guilty. His lawyer did not return a call for comment.

Micheaels said that the little boy’s grandparents are raising him as if he were their son, with help from his mother’s six siblings. He said that the boy is healthy, despite concerns over the strong medications his mother was taking to help control seizures.

The family has not spoken with the media, and the latest request from the Daily Star and ProPublica was rejected by the boy’s grandmother.

Said Micheaels: “She told me that thinking about it gives her a pit in her stomach.”