Virginia environment officials say they will soon begin monitoring the air near a public elementary school outside the town of Radford amid concerns that pollution from an Army weapons plant there is endangering people’s health.

For the first time in the more than 65 years since the facility, the Radford Army Ammunition Plant, began burning hazardous explosives and other waste without environmental controls, the monitoring will measure how much lead reaches the surrounding community. Officials may add the capability to measure arsenic, chromium and other pollutants as well.

In July, ProPublica reported that open burning of hazardous waste was standard practice at U.S. military facilities despite the fact it has been banned by law for years at almost every other type of industrial operation. The Radford plant is just one of at least 51 military sites across the country where dangerous materials are burned on a regular basis, according to documents obtained from the Environmental Protection Agency and reported by ProPublica.

The Department of Defense and environmental regulators have insisted that the burns are safe, but those assurances have relied on computer models to estimate the pollution and officials had never measured the actual emissions — either at the burn sites within the boundaries of the military bases, or in the surrounding civilian residential areas.

According to the federal toxic release inventory, the Radford plant is the single largest polluter in Virginia, responsible for millions of pounds of toxic chemicals every year. Some who live near Radford fear that the pollution has contributed to poor health in the region, including unusually high rates of thyroid disease and elevated rates of cancer in the surrounding counties.

But the health links have never been studied and no measures have ever been taken of the reach of the actual pollution from the plant. 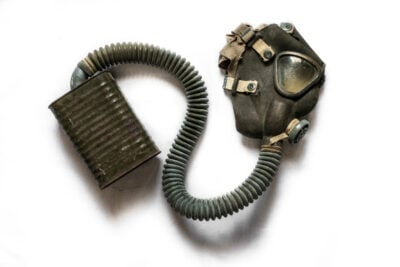 Earlier this month, a draft EPA report obtained by ProPublica showed that the first tests of the burn pollution taken by Army officials inside the plant detected higher levels of some pollutants than previous computer models had estimated. Arsenic was emitted at rates 37 times greater than what federal officials had previously estimated when determining the burns were safe for public health. Lead — dangerous to children’s cognitive development — was emitted at five times the level estimated to be safe. Cadmium, silver and methyl chloride also exceeded previous estimates.

The new air monitor will be purchased by the Virginia Department of Environmental Quality, with a grant from the EPA, and will cost $26,000. It will mainly detect lead levels, but a DEQ spokesman says arsenic and chromium may also be part of the monitoring.

According to the spokesman, the monitor’s installation has been planned since the spring, and is unrelated to ProPublica’s reporting about the open burn practices in Radford. The monitor is being installed to comply with new EPA guidelines requiring monitoring for facilities that are known to emit lead in excess of new federal ambient air quality standards proposed by the EPA in 2015. In numerous interviews with the agency’s staff over the past four months, plans to install the monitor were never mentioned.

Once in place, the monitor could provide the first concrete answers for a region that has been seeking them more than a half a century. DEQ officials could not say when the monitor would begin operating or how soon its findings would be available to the public.