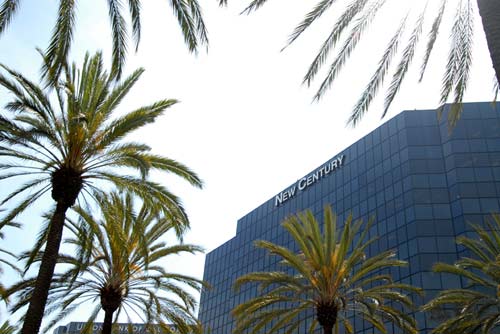 In the years leading up to the financial crisis, some of the nation's largest accounting firms failed to properly examine the reserves that banks and other lenders set aside to cover losses, records from a federal oversight board show.

As regulators and plaintiffs' attorneys perform autopsies on failed banks and mortgage lenders, the lack of proper reserves has become a common theme. The problem could take on more urgency in coming months should forecasts of rising commercial loan defaults prove to be true.

It's the job of auditors to make sure that lenders have a safe capital cushion to weather tough times. Among other things they are expected to review models used to predict loan defaults and spot check the accuracy of data and appraisals that underlie them.

Proper forecasting for loan losses took center stage in a $1 billion lawsuit filed Wednesday against accounting giant KPMG. The case, brought by a bankruptcy trustee, alleges that KPMG allowed the failed subprime mortgage lender New Century to avoid socking away sufficient reserves to cover its obligations to repurchase loans if they went bad.

KPMG, the country's fourth-largest accounting firm, disputed the allegations. "Any implication that the collapse of New Century was related to accounting issues ignores the reality of the global credit crisis." KPMG said. "This was a business failure, not an accounting issue."

Incorrectly accounting for loan losses also was cited in a review by the FDIC Inspector General of the failure last August of Integrity Bank in Georgia. The IG has promised to further address the reserve issue in its summary report covering multiple bank failures.

Mistakes involving loan loss reserves are among errors detailed in reports by the Public Company Accounting Oversight Board, a federally-funded body that conducts annual inspections of top accounting firms and disciplines trouble-prone auditors.

The records highlight two trends: the chronic failure of lenders to properly estimate loan losses – and the persistent failure of auditors to notice the problem.

Between 2004 and 2007, federal inspectors detected 36 such auditing mistakes at six of the biggest accounting firms, as well as numerous other errors, according to a ProPublica review of board records. KPMG staffers, for example, "failed to test the accuracy of loan delinquency data" in a 2007 audit of a lender, according to one inspection report.

A board report said the errors reflect a wider pattern of mishandling loan losses.

"Auditors are traditionally not skeptical enough in this area," said Zabihollah Rezaee, accounting professor at the University of Memphis and former member of an advisory group to the federal oversight board. He blamed the breakdowns on "a lack of effective rules and a lack of competent CPAs [certified public accountants]."

The mistakes are important because federal regulations require banks and other lenders to set aside cash reserves to cover losses from defaulting loans. Without that cash cushion, a bank burdened with a pile of delinquent loans is in jeopardy of collapsing, as 46 have since the start of 2008. If banks had been forced to create bigger reserves, they might have been more conservative in their lending habits, experts say.

"Perversely, as the banking industry experienced a prolonged period of rising and record profits in the booming part of the economic cycle in the earlier part of this decade, the ratio of loan loss reserves to total loans went down, not up â even though there was broad recognition that the cycle would soon have to turn negative," said John Dugan, Comptroller of the Currency, in a speech last month on loan loss provisioning.

ProPublica's analysis of the oversight board's inspections was limited to the 10 largest accounting firms. In addition to KPMG, audit teams at Deloitte, Ernst & Young, McGladrey & Pullen, Grant Thornton, and Crowe Group all were cited for mistakes related to loan losses.

In a report on trends revealed by inspections for the three-year period beginning in 2004, the oversight board singled out failure to test properly for loan losses as an area with "significant or frequent deficiencies." This period coincides with the real estate bubble and years in which some of the riskiest lending practices occurred.

The board's publicly available audits do not list names of the accounting firms' clients, so it's not possible to connect lapses to a specific bank. But Wednesday's lawsuit offers a window into the pressures on auditors to let banks slide on their obligation to build up sufficient reserves.

According to the lawsuit, KPMG's internal documents reveal that the firm knew there was a problem with New Century's loan loss estimates because the number of loan repurchases had more than doubled from 2004 to 2005, rising to $332 million. Nonetheless, KPMG failed "to expand its procedures or testing of the company's reserves," the complaint alleges. New Century resold many of its loans to other financial institutions with a promise that it would repurchase them in the event of early defaults and some other conditions.

"KPMG signed off on models for the reserves that were just plain wrong," said Steven Thomas, the lawyer who filed the case in the U.S. District Court in the Southern District of New York and Superior Court of California in Los Angeles County. "And instead of being a company that was making money, New Century was actually losing money."

In February 2007, New Century said it needed to restate earnings for the first three quarters of 2006 because it had failed to properly estimate reserves it might need to cover obligation under its repurchase agreements. A month later a majority of its lenders declared New Century in default, accelerating its obligation to repurchase loans for a total of $8.4 billion. Without enough money to buy back the loans, New Century turned to bankruptcy.

"What you saw happening is the banks just didn't have enough capital to take those losses, so they were stuck," Anderson said, noting that nearly all the collapsed banks didn't put aside enough money.

In the oversight board's report on deficiencies, it cited a failure to perform proper checks to verify that a lender's allowance for loan losses was reasonable. Auditors failed to understand the lender's methodology, didn't test the accuracy of underlying data, didn't question key assumptions or relied on outdated appraisals. Some firms simply didn't examine the loan loss estimates at all, according to the report.

If auditors had pushed bankers to shore up reserves when signs of the housing downturn emerged two years ago, lending institutions might have been reluctant to make so many subprime and alt-A loans to borrowers with more credit risk, experts say.

"Nonprime lending could not have existed with appropriate loss reserves," said William Black, a professor of economics and law at the University of Missouri and a former senior banking regulator during the savings and loan crisis.

Nonprime loans often lose money or default and would have required much larger reserves, according to Black.

The oversight board's inspectors also discovered numerous other auditing lapses. Problems ranged from a failure to investigate potential fraud to snafus in measuring cash flow. In one instance, Crowe Chizek and Company, a subsidiary of Crowe Group, "failed to appropriately respond to two indicators of fraud risk," including a "financial relationship" between a senior executive at a lender and someone borrowing money from the lender, according to a 2005 inspection.

In another incident, Crowe auditors scrutinized a lender's portfolio of auto loans. It turned out that auditors couldn't locate 25 percent of the borrowers, suggesting something might be amiss. Still, the auditors "failed to identify this as a potential indicator of fraud" or conclusively prove that the loans were legitimate, the inspection report notes.

Rezaee, the University of Memphis professor, said faulting auditors only goes so far.

"You cannot blame the accounting profession for this financial crisis," said Rezaee. "Should they have done a better job in seeing these problem areas and these warning signs and telling investors about them? Yes. They were not helping to detect these problems early on."

Anderson studies national data and said there is more pain ahead for banks. The financial downturn has devastated the commercial real estate industry. Yet, compared with the recession of the early 1990s, banks have only set aside about half as much money for commercial mortgage loans that go bad.

"In my view that's pretty thin," he said. "The losses this time around are going to be far worse."