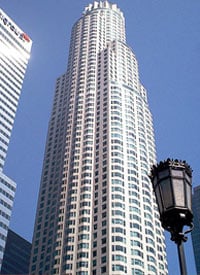 It’s time for our Bailout Watch update of the day. Today we’ve added four banks, including a big one, Minneapolis-based U.S. Bank, for $6.6 billion.

The latest totals: the Treasury Department has approved investments of $170.5 billion in 40 banks. (Treasury has set aside a total of $250 billion for the capital injection program.) The vast majority of that, of course, has gone to the country’s largest banks: $100 billion went to just four banks. But as more regional banks join, the list becomes more varied. The Treasury has so far invested less than $1 billion in 18 of the banks. The smallest investment so far? California’s Saigon National, for a mere $1.2 million.

Many more participants are expected, and not just from the banking sector. The Wall Street Journal reports that Treasury is "considering" expanding the range of participants to include insurance companies and also "companies that provide financing to the broad economy, including bond insurers and specialty finance firms such as General Electric Co.'s GE Capital unit, CIT Group Inc. and others."

It’s unclear when, or even if, the Treasury Department might pull the trigger on such ideas, which seem to keep bubbling up in the press. The bailout legislation passed by Congress in early October didn’t explicitly address the sort of plan Treasury has been pursuing, and although leaders in Congress are generally supportive of the idea of injecting capital in the banks, House Financial Services Committee Chair Barney Frank (D-MA) in particular has expressed dismay that certain banks might be using the federal money to fund acquisitions or pay stockholders’ dividends.

The next public airing on the program’s success is likely to be a hearing before Frank’s committee later this month.