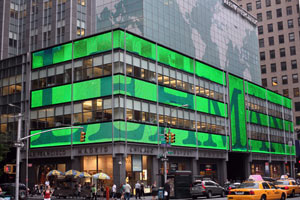 Backers of financial regulatory reform are gearing up for the final stretch in a yearlong effort to construct a new, streamlined architecture. But recent reports and testimony about the financial crisis suggest a crucial ingredient in any new structure is in short supply: cooperation among the watchdogs.

A proposal to eliminate one regulator seen by many as particularly weak -- the Office of Thrift Supervision -- could alleviate some friction. A soon-to-be-released federal examination of the Washington Mutual collapse found that OTS resisted efforts by a more skeptical regulator, the Federal Deposit Insurance Corporation, to take a closer look at WaMu, according to an account in The New York Times.

Reform legislation pending in the Senate (PDF) would also create new agencies, including a financial stability council to assess risk and a consumer protection watchdog. To work as envisioned, the agencies would need new levels of information sharing and decision making. By contrast, history suggests agencies can be stingy with what they know and eager to point blame at sister regulators.

Lehman Brothers, the investment bank that collapsed in September 2008, presents a case in point.

A lengthy examiner's report for the judge overseeing Lehman's bankruptcy found that the Federal Reserve Board and the Securities and Exchange Commission kept crucial data from each other even though they had "overlapping" functions. The heads of the Federal Reserve and the SEC reached a formal sharing agreement in July 2008, but the two regulators "did not share all material information that each collected about Lehman's liquidity."

The SEC, asked by the Federal Reserve Bank of New York to provide data on Lehman's commercial real estate exposure and liquidity, "affirmatively declined to share" the information because it was still in draft form, the bankruptcy report found. The reserve bank never turned down an information request from the SEC, but bank officials "did not perceive any duty to volunteer" information about a $7 billion shortfall in Lehman's liquidity they uncovered in August 2008.

The reason? The report says it was "because the SEC did not always share information" with them. One official at the Federal Reserve Bank of New York told the examiner "there was not a warm audience" for information sharing between the New York Fed and the SEC.

Lehman fell under the scrutiny of the Fed after it was allowed to tap Fed lending facilities, normally reserved for banks, in the spring of 2008.

Ironically, examiners at the Office of Thrift Supervision, which regulated Lehman's bank subsidiary, concluded in July 2008 that Lehman had violated its own risk limits by placing an "outsized bet" on commercial real estate. But the OTS appears as a bit player in the autopsy of Lehman's collapse; top Federal Reserve officials "considered the SEC to be Lehman's regulator," the bankruptcy report found.

One of those officials, Timothy Geithner, was president of the Federal Reserve Bank of New York from 2003 until early 2009, when he became secretary of the Treasury. Shortly after he joined the cabinet, Geithner was asked by a senator about the Fed's supervisory responsibility in connection with the collapse of institutions like Lehman and the insurance giant AIG.

"I just want to point out," Geithner told the Senate Finance Committee, "the Federal Reserve was not given responsibility for overseeing investment banks, insurance companies, hedge funds, nonbank financial systems that were a critical part of making this crisis so intense."

The Fed is responsible for supervising bank holding companies, such as Citigroup. Those holding companies include investment banks and, as a sister regulator quietly pointed out last week, the Fed shared responsibility with the SEC for overseeing the risky practices of Citigroup's broker dealer.

John C. Dugan, who oversees nationally chartered banks as comptroller of the currency, told the Financial Crisis Inquiry Commission (PDF) last week that most of the problems that led to a massive bailout for Citigroup took place under the umbrella of the weaker holding company regulated by the Fed -- not at Citibank, the banking subsidiary under Dugan's authority.

Most of the losses, Dugan said at the end of a lengthy report to the commission, were in subprime lending, leveraged loans and the structuring and warehousing of CDOs (collateralized debt obligations) that are supervised, either all or in part, "by the Federal Reserve."

Geithner has acknowledged that he could have done a better job of supervising Citigroup during his tenure at the New York Fed.

If the Senate bill becomes law, Geithner would sit atop the new financial stability council, whose members will include representatives of several different agencies -- including the Fed, the SEC and the Office of the Comptroller of the Currency.