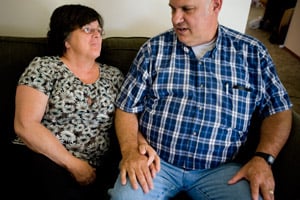 By most accounts, the DOE has made an about-face since the days of sweeping beryllium dust under the rug. "In their defense," said Van Dyke, the National Jewish industrial hygienist, "they're leading the world on beryllium. They've got more beryllium than anywhere else, and they have more experience on working on these sites." Nonetheless, the inspectors who showed up in March are hearing from workers about numerous problems. Beyond clearing buildings without new and rigorous sampling, inspectors were told that workers in street clothes, not protective work gear, have been allowed to come and go from potentially contaminated facilities, raising the possibility that the workers brought contamination out with them and tracked it across the site.

DOE officials confirmed that workers have expressed such concerns. "We've heard those," said one agency official who declined to be named because the inspection wasn't complete. "Now we have to go out and validate the information and implementation of the [prevention] program."

One reason that many workers requested anonymity when speaking with ProPublica is that some former workers at Hanford claim they've paid a price for criticizing beryllium safety. A 2004 investigation report by the Washington State Department of Health includes complaints made by a frustrated doctor that she was discouraged from writing work restrictions for sensitized workers that would keep them away from beryllium contaminated areas.

Separately, Dr. Loren Lewis, site medical director from January 2004 until he was fired in October 2006, filed a whistleblower complaint with the U.S. Department of Labor against the Energy Department and his employer, Computer Sciences Corp., which runs AdvanceMed Hanford. Lewis's complaint was dismissed by an administrative law judge because he filed it too late, but documents he gave to ProPublica include e-mails in which Lewis is asked by supervisors, as part of a plan to implement beryllium protections, to establish a "safe level" of beryllium exposure for workers who are sensitized or have CBD. The e-mails show that Lewis consulted with beryllium disease experts and concluded there was no known safe level.

To his bosses' dismay, Lewis repeatedly recommended "no exposure to beryllium" for workers who were sensitized or had CBD. In one e-mail three weeks before he was fired, one of Lewis's bosses at AdvanceMed Hanford wrote to Lewis that his insistence on no exposure, as opposed to setting a safe level, "is a show stopper" for approval of the beryllium protection plan. "They were trying to appease DOE," Lewis said of his superiors, "and what they were recommending was not safe." Lewis' wording was ultimately accepted by his bosses; records show he was fired for what superiors described as a lack of cooperation during formulation of the beryllium safety plan.

In e-mails to Lewis and another doctor in 2006, an AdvanceMed Hanford employee confided that managers for CH2M Hill told beryllium-sensitized workers that their protective work restrictions wouldn't be honored. "The employee from yesterday came in today and had his work restriction removed," reads one such e-mail. "Someone needs to advised [sic] DOE that CH2M is not accommodating the new beryllium work restriction."

Just last month, in the midst of the DOE inspection, Mary Sams, the head nurse in the beryllium disease monitoring program at AdvanceMed Hanford, was terminated for what several Hanford employees familiar with the situation say was an attempt to document requests by CH2M Hill's Hanford arm to remove a work restriction for an individual who may have beryllium disease. Computer Sciences Corp. told ProPublica that it would not comment on any personnel matters, and CH2M Hill did not return multiple requests for comment on beryllium safety issues. Sams declined to comment on the cause of her termination.

'Told to Keep My Mouth Shut'

Ann Immele, who worked at Hanford for 13 years, including eight as an executive secretary for labor relations for Fluor Hanford, said she was "flat out told to keep my mouth shut" about the risks of beryllium exposure. Immele said she used to update a risk-assessment form so that it included beryllium. The assessment, according to AdvanceMed Hanford's website, "is to inform AMH of identified hazards, physical job demands, and anticipated exposure levels so proper medical tests can be done during physical exams." Immele said an industrial hygienist who works at Hanford told her she "didn't have a clue about beryllium." Against the hygienist's urging, she said she told some workers they needed to be tested for beryllium sensitization and disease. Some workers were not tested, she said, because their bosses signed off on the assessment forms and wrote "not available" on the line for the worker's signature. "I saw too many things," said Immele. "That's why I left." 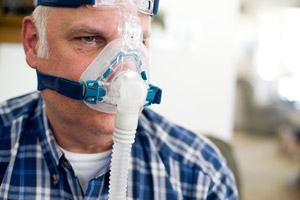 Immele has a personal reason to be concerned: Her husband, Bob, a former electrician at Hanford, has CBD and needs a machine to push air through his lungs when he sleeps. Until the last few months, when he became too sick to work, Bob Immele taught beryllium safety for the Pacific Northwest National Laboratory (PNNL), which operates facilities on and adjacent to Hanford but is under the jurisdiction of a different DOE office from the rest of the site. The lab did not participate in crafting the new Hanford CBD prevention program, partly because it already takes extra measures to ensure worker safety. Immele, for example, was able to go into the PNNL computer system whenever sampling is done to immediately update a map so workers can see beryllium hot spots as soon as they are located. "I'm not sure why all the (Hanford) contractors don't use it, or something like it," he said. Among the action items in the April 16 letters from inspectors to DOE contractors is one to "Activate the Hanford beryllium website with up-to-date information."

Asked about the surge of stimulus workers, Bob Immele frowned. He noted that the PNNL contractors allow people who are sick with CBD to train new workers; the rest of Hanford no longer does. "Most of these people are being told, ‘You have a job for two or three years.' They're going to do it, and maybe years later they'll find out they were exposed," Immele said. "They listen when I say, ‘You don't want to end up like me.' And I don't want to see a situation where we'll have to apologize to them all over again."