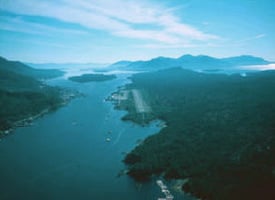 1973:Ketchikan International Airport opens. Some 85,000 visitors and residents fly in and out of the airport annually, a 15-minute shuttle to or from Ketchikan.

April 10, 2004: The phrase, "Bridge to Nowhere," is born in a New York Timesreport, quoting Keith Ashdown of Taxpayers for Common Sense, saying, ''It's a gold-plated bridge to nowhere.'' 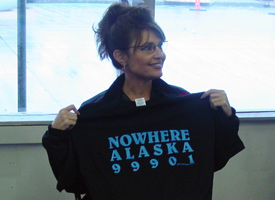