As the Washington Postreported this morning, the Department of Labor is trying to push through a rule that, health and safety experts say, would make it harder to protect workers from exposure to hazardous chemicals and toxins:

The agency did not disclose the proposal, as required, in public notices of regulatory plans that it filed in December and May. The text of the proposed rule has not been made public, but according to sources briefed on the change and to an early draft obtained by The Washington Post, it would call for reexamining the methods used to measure risks posed by workplace exposure to toxins. 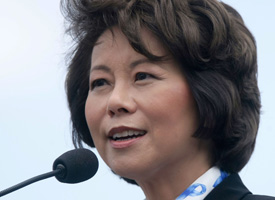 As the Post notes, rules are typically done by "agency officials [consulting] with staff members, lawyers and outside experts." But in this case, the Post says, the proposal did not go through the normal process and instead was drafted by a "political deputy in Labor's office of the assistant secretary for policy."

Celeste Monforton, a researcher at the George Washington University School of Public Health and former OSHA and MSHA employee, first flagged the proposed Department of Labor rule on July 8, in a blog post. At that time the only indication was a brief nine word description on the White House Office of Management and Budget's Web site. (Monforton also offered more commentary, and criticism of the proposal, in a blog post today.)

The current flap isn't the first time the Bush administration has come under scrutiny for slowing the safety rulemaking process. In March 2008 the Government Accountability Office released a report blasting the Environmental Protection Agency for failing to "routinely complete timely, credible assessments." At the Department of Labor itself, as the Post reported, the Bush administration has adopted "only one major health rule for a chemical in the workplace, and it did so under a court order."

The Department of Labor did not respond to requests for comment. If they do, we'll update the story. We're also trying to get the draft proposal itself.  (The Post said it "obtained" the proposal but hasn't posted it.)

UPDATE 7/23: We've gotten a copy of the draft. We're looking it over now, but our source has asked us not to post the full draft for fear it could identify the person who leaked it.

UPDATE II 7/23: The Department of Labor got back to us. David James, the assistant secretary for public affairs said. If the Office of Managment and Budget approves the draft rule, it will be submitted to the federal register and opened to the public for comment.

"If they want to criticize the department over what's in the proposal, they'll have plenty of opportunity to do so," James said.

He wouldn't comment on any specifics in the draft or confirm details in the Post's story because of a departmental policy not to discuss rules under review.