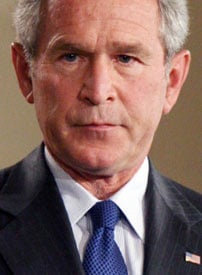 The Bush administration has begun making last-minute changes in rules and regulations before it leaves office, just as many presidents have done in their waning days. This time, much of the focus appears to be on loosening environmental and consumer-protection rules.

If the White House gets its way, it could de-fang rules that are meant to prevent overfishing in the oceans, control power plant emissions, keep dangerous chemicals out of drinking water and stop mining companies from dumping waste in rivers and streams.

The Washington Posttouched on some of the rule changes last week, and the New York Times editorialized about others on Monday. Over the summer, ProPublica reported on a Bush-backed labor rule that would make it harder to protect workers from exposure to hazardous chemicals and toxins.

In the coming weeks, ProPublica will scrutinize individual rule changes as they come down the pike. We’ve also begun compiling a list of new rules the administration has proposed, as well as rules that have been – or could be – changed before the administration leaves office. If you’ve been following this issue and have suggestions, please let us know.

Here are some rule changes we’ve already begun looking into:

The rule changes sought by the Bush administration are not limited to environmental or worker protections. Earlier this month, the Wall Street Journal reported that the administration also wants to make it more difficult for consumers to sue companies that provide faulty products like motorcycle brakes and pain medication.

The administration’s rush to deregulate seems to run contrary to the objectives stated in a memo that the White House’s Office of Management and Budget sent to agency heads earlier this year, instructing them to help "resist the historical tendency of administrations to increase regulatory activity in their final months" by not proposing new regulations any later than June 1, 2008. The memo said no regulations should be finalized after November 1, 2008.

But it looks like this directive has been cast aside. ABC’s The Blotter reported that many pending rules aren’t yet finalized and still more are being proposed.

OMB said "the memorandum was not intended to be a moratorium on proposed regulations," in response to an inquiry posted on The Pump Handle, a public health blog.

As The Blotter pointed out, when rulemaking activity surges during the waning days of an administration, the review process is often compressed and hasty decisions can lead to long-term problems that are difficult to undo.

Jesse Nankin contributed to this article.