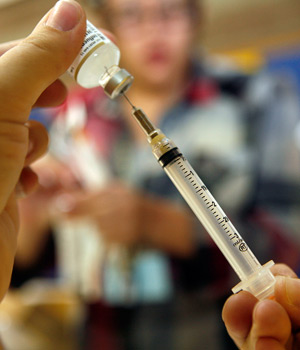 In a major shift, California will impose tough new standards (PDF) on drug-abusing health professionals, strictly scrutinizing those in treatment and immediately removing from practice anyone who relapses.

The rules will require nurses, dentists and other health workers in state-run recovery programs to take at least 104 drug tests in their first year -- more than double any current requirement.

Health professionals will be automatically pulled from practice, at least temporarily, after a single positive result. And any restrictions to their licenses will be listed on public Web sites, easing the long-standing confidentiality protections that have shielded participants and kept their patients in the dark.

The changes appear to address problems raised in a July investigation by The Los Angeles Times and ProPublica, which detailed how registered nurses were able to treat patients without permission and steal drugs while participating in the confidential recovery program known as diversion.

Even when the state Board of Registered Nursing kicked those nurses out, labeling them "public safety risks," it took a median 15 months to file public accusations, the investigation found.

The standards were drafted by a committee created by the Legislature last year after repeated audits revealed that the recovery program for doctors poorly monitored participants and failed to terminate those who relapsed. The Medical Board of California shut down that program on June 30, 2008.

Until now, each of the state's 21 health licensing agencies determined its own policies for dealing with professionals who had substance abuse problems.

The new rules would apply directly to the seven boards that operate diversion programs, in which licensees avoid discipline by agreeing to drug tests, support group meetings and heightened monitoring.

More than 300 people entered those programs in fiscal 2008; many more have been enrolled on a long-term basis.

But the rules also would apply more broadly, even to the medical board and other agencies without diversion programs, if a licensee has been placed on probation for a substance abuse problem.

"The state is finally taking responsibility for protecting the public," said D'Angelo Fellmeth, administrative director of the Center for Public Interest Law at the University of San Diego. "The state not only is taking control, but instituting pretty strict and strong standards."

But Ellen Brickman, president of the National Organization of Alternative Programs and director of Statewide Peer Assistance for Nurses in New York, said she was concerned that the new rules would keep addicted health professionals from seeking help, driving the problem underground.

"I'm listening to this and I'm cringing," she said. "I'm not optimistic that this is going to work the way they want it to. It won't keep people from abusing substances. It will keep them out of the system, where they'll be sicker before anybody can do anything about it."

Diversion programs, used in many states, were designed to encourage health workers to fight their addictions in a safe environment without ruining their careers.

D'Angelo Fellmeth said those who want to pursue confidential treatment still can enter private programs. Many turn to state-run programs, she said, only to avoid discipline -- because they are on the verge of being turned in by their employers or have been arrested in or convicted of drug- or alcohol-related offenses.

Among the new standards:

If someone is kicked out of the program, disciplinary proceedings will begin immediately, Stiger said. "If you have a major violation," such as use of a banned substance, "thou shalt not practice," he said.

Some states have gone even further than California. North Carolina, for instance, immediately suspends the licenses of nurses for a minimum of one year after a single relapse.

In California, all boards will be required to provide detailed information on their performance to the Legislature and the Department of Consumer Affairs.

The committee that drafted the new rules is calling for each program to successfully graduate every participant, but Stiger said officials haven't determined the consequences if they don't.

The new standards are part of a broader effort to revamp the disciplinary process for health professionals in the state, speeding it up and prioritizing the most serious cases. To that end, Stiger appointed Paul Riches to a new post of deputy director for enforcement and compliance. Riches was previously executive officer of the Board of Behavioral Sciences.

The timetable for the new standards has not been finalized. The standards are due to the Legislature by Jan. 1, and boards will be asked to implement them afterward. Lawyers are still reviewing whether certain rules will require formal approval by the Legislature, Stiger said.

If these diversion programs cannot prove their worth soon, they could be eliminated, according to proposals under consideration.

"Quite frankly, we don't run them very well," Stiger said. "What we do well is enforce the law and that's where we need to be."

For more on the California Board of Registered Nursing, go to "When Caregivers Harm."