This story was co-published with the Los Angeles Times and also will appear in the Times' Dec. 30, 2008 edition. 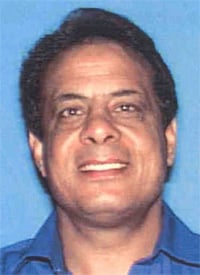 The Times reported this fall that regulators had not vetted about 195,000 of the state's registered and vocational nurses, exposing patients to caregivers with histories of violence, addiction, predatory behavior or corruption.

Prompted by those articles, the state Department of Consumer Affairs has identified 104,000 more professionals from all levels of medical care to add to that tally.

All told, the agency now estimates that close to a third of the state's 937,100 licensed healthcare workers have not been screened through fingerprint checks.

Licensing boards maintain inconsistent rules about who must be fingerprinted and when. Fingerprints are the primary tool that regulators can use to root out convictions and allow law enforcement agencies to automatically alert regulators if a licensee has ever been arrested.

Those who have not been fingerprinted include almost three-quarters of psychiatric technicians; nearly half of family therapists, social workers and dentists; and 12 percent of physicians.

"We depend on the state of California...to screen out those who are incompetent or impaired or dishonest or otherwise unqualified," said Julianne D'Angelo Fellmeth, administrative director of the Center for Public Interest Law at the University of San Diego. "If the state doesn't do that for whatever reason, we're all in trouble."

After the reports by the Times, which collaborated with the investigative news organization ProPublica, the state Department of Consumer Affairs moved quickly.

Agency Director Carrie Lopez ordered the 20 health-related boards and bureaus she oversees, including the Medical Board of California, to collect fingerprints from any licensee who had not provided them.

She also told the agencies to begin asking licensees whether they had been convicted of a crime since their last renewal. Other states' boards, including those in Arizona and Texas, already do that.

Lopez urged regulators to more quickly pursue professionals who may pose a danger to the public.

"I have and fully intend to make use of all resources to ensure that we remove threats to the public safety and well-being of Californians," Lopez said in a written statement.

The Board of Registered Nursing received expedited approval from the state Office of Administrative Law last month to collect fingerprints from the 147,000 nurses licensed before 1990. The board estimated that the new fingerprinting requirement will cost more than $4 million to implement over the first three years and $1.7 million annually thereafter.

In seeking the requirement, nursing board officials wrote that the Times' "articles packaged information in a different way and in a different light than the board had done in the past. Moreover, these articles raised the issue with respect to specific licensees with notable criminal histories that the board had never disciplined."

The Bureau of Vocational Nursing and Psychiatric Technicians plans to seek a fast-track review for proposed fingerprint regulations. It also has sought to discipline some of those mentioned in the Times' articles, including Cynthia Knott, convicted in 2007 for selling drugs that had been stolen from her job at the Fresno County Jail to an undercover investigator.

The consumer affairs department, which oversees all licensed professionals in the state, said it is focusing on healthcare first but intends to expand fingerprinting to other boards as well, including those that govern auto repair and contractors.

Fingerprinting requirements originally were adopted because boards believed that some crimes could reflect poorly on a licensee's character, competence or ability to safely perform the job.

But gathering missing fingerprints has not been a priority.

The Dental Bureau of California, for example, started requiring fingerprints in 1986 but has almost none on file for any dentist licensed before then -- some 16,000 people, said Cathleen Poncabare, the board's executive officer.

The board knows about some criminal convictions through complaints or direct contact with law enforcement, but "without the fingerprints, we don't know" what else may be out there, she said. 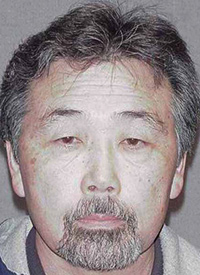 The new background checks will probably flag such cases as that of Kiyoshi Fukuda, a dentist from Santa Rosa.

Licensed in 1969, he has a clear record, according to the bureau's Web site. Yet reporters found that he is a registered sex offender, listed on the state's Megan's Law Web site.

In an interview, Fukuda said he had disclosed his conviction to the board when he renewed his license years ago and never heard anything back. He closed his private practice in January and said he recently sent a request to the dental board to cancel his license.

The conviction "did not have anything to do with my office, my profession or anything. It was something that was on the private side. But should they have checked? My guess would be yes...I've done everything since then to try to atone for this," he said.

Poncabare, who has been in her post about six months, said she couldn't explain why the bureau did not seek fingerprints from every dentist sooner.

"It's perplexing to me that it was never done," she said.

Fingerprinting is not always the issue. Some licensing boards have known about professionals' convictions or pending charges for years but still have not acted.

Michael Marcus, a dentist from San Jose, for example, was arrested in July 2005 for allegedly touching a 17-year-old patient's breasts and making inappropriate comments to her during an exam.

Prosecutors charged him with misdemeanor sexual battery against three patients, and he is set to stand trial next month. Although the dental board cooperated in the investigation, Marcus continues to practice without restriction, and the board's Web site lists only a previous disciplinary action against him from 1996. In that case, the dental board suspended him for 30 days and placed him on five years’ probation for fondling the breasts of three patients.

In an interview, Marcus said the criminal charges are not true and should be dealt with by the courts before any action is taken by the dental board. A spokesman for the Department of Consumer Affairs said the board was aware of the case but could not comment on it.

Laura Moskowitz, a staff attorney for the National Employment Law Project in Oakland, said the state should proceed with caution as it gathers arrest and conviction information on health professionals. The law requires proof that the convictions are "substantially related" to the qualifications and duties of the job, she said.

"There are thousands and thousands of people who may have had something happen in the past, and it's not reflective of who they are today and the kind of work they can perform," she said.

The Times and ProPublica have found more than 115 recent cases involving registered nurses and an additional 27 cases among vocational nurses in which the state didn't seek to pull or restrict their licenses until they had racked up three or more convictions.

Many of the convictions involved off-the-job incidents, such as driving while intoxicated, stealing and taking drugs, or petty thefts. But the chaos and impairment often affected the nurses' ability to care for patients, sometimes in critical-care settings.

Escondido nurse Mary Eileen Cahill-Therrien was convicted three times in 2000 and 2001, of vandalism, driving under the influence and disturbing the peace. The registered nursing board failed to step in before she showed up for a home-care assignment at a patient's house seemingly drunk and refusing to wash her hands. According to a later ruling by an administrative law judge, she also left the patient's catheter in too long and had to be asked to leave.

Weeks later, Cahill-Therrien was fired from a different hospital job after she appeared to be drunk and refused to take a drug and alcohol screening test. Even after the board filed an accusation against her, she was able to get work at another hospital. She was fired after showing up drunk there too, the judge wrote. Her license was revoked in 2007.

Cahill-Therrien could not be reached for comment. Her former attorney declined to discuss her case, citing attorney-client confidentiality.

Linda Whitney, chief of legislation for the medical board, which oversees about 125,000 physicians, said her board plans to seek prints from up to 15,000 physicians licensed before 1968, who have never provided them. But, she said, her board has long used other methods to snag convictions among doctors.