Nearly a decade after California overhauled its prison and jail system, policymakers are considering reforms to the state’s landmark criminal justice transformation, calling for more oversight of county sheriffs and higher standards for inmate care.

Gov. Gavin Newsom has said he is crafting plans focused on local lockups, where homicides have surged, and exploring how to give the state more power to oversee the sheriffs who run them. More details are expected this week when the governor unveils his state budget proposal.

At the same time, state lawmakers are also calling for accountability, recommending audits of how sheriffs have spent billions of dollars in state support and requesting hearings to examine the deadly conditions in some facilities.

The moves follow a year of reporting by McClatchy and ProPublica on the radical shift of California’s prison and jail system known as “realignment.” The law approved by then-Gov. Jerry Brown in 2011 was designed to ease dangerous overcrowding in the state’s prisons by diverting thousands of newly convicted offenders to county jails.

So far, the state has allocated some $8 billion to counties to improve services inside and outside of the facilities. It awarded an additional $2 billion for the construction of new facilities. And it converted an arm of prison bureaucracy into a jail oversight agency that sets minimum standards and inspects the jails.

Those efforts, however, are faltering. The McClatchy-ProPublica investigation found:

During the reporting, researchers, law enforcement officials, advocates and lawmakers called for changes to California’s loosely connected network of county jails. Many identified the same thing: the outsized power of sheriffs under realignment.

In an interview, he said realignment provided short-term fixes to the state’s overcrowding problem; the statewide prison population is down 46,000 inmates since the federal court order that prompted the reforms. But it has not solved California’s broader incarceration problems, he said. In many ways, it just shifted them to the local level.

With Newsom, a Democrat, and others looking to make their mark on the criminal justice system, here are four key problems and ideas from experts on how to fix them.

The Problem: The state created an agency to oversee realignment. But its officials do not have the authority to close dangerous jails or make county leaders change their ways — even when they find life-threatening conditions.

Ideas: Lawmakers could increase the board’s authority to compel sheriffs to fix violations and expand minimum standards to cover overall jail conditions, including measures of inmate health and use of force incidents.

When lawmakers passed the law in 2011, they created the Board of State and Community Corrections, or BSCC, and tasked it with collecting jail data, awarding grants and compiling reports about realignment’s effects.

But the board sees itself as a partner, not a regulator.

In a 48-hour stretch during January 2018, three men were booked into the Fresno County Jail. One was beaten into a coma. Two died soon afterward. Their cases kicked off a nightmarish year in a local jail.

The news organizations found state inspectors generally focus on paperwork — whether county jail facilities fill out the required daily observation logs, for example — rather than on how sheriffs run their lockups. State inspections are minimal, said James Sida, a jail consultant and former state corrections official. “I wouldn’t call them highly in-depth.”

In 2018, a state inspector cited the Kern County Sheriff’s Office for 27 violations, a majority of them related to the use of extreme isolation. But he could only encourage the sheriff to make fixes. The sheriff refused, saying his office interpreted the standards differently and disagreed with the board’s conclusion.

Sen. Nancy Skinner, D-Berkeley, chair of the California Senate Public Safety Committee, agreed. “We as the state definitely have to improve our oversight,” said Skinner, who voted for the 2011 realignment legislation when she was in the Assembly.

BSCC chair Linda Penner defended the board at its November meeting. “We absolutely understand that it’s not a perfect system,” she said. But, the board does exert “all of the authority that we have been given.”

Newsom has singled out the state’s jailhouse monitoring as a focus of his 2020 criminal justice plan.

The Problem: Since realignment began, inmate-on-inmate homicides have risen 46% in county jails statewide compared with the seven years before. Killings tripled and even quadrupled in several counties.

Ideas: Give the BSCC the power and staff to investigate jail deaths. The state attorney general and county authorities could also intervene.

The conditions in many jails now mirror those in the once-overcrowded prisons. For example, in the seven years before realignment, only one jail inmate was killed in Fresno County jails. But four have died in homicides in the seven years since. 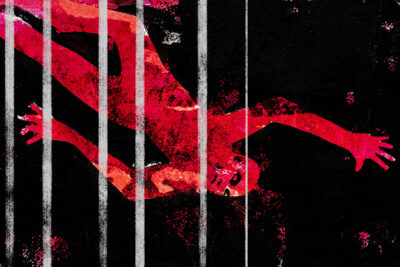 Fresno County Sheriff Margaret Mims said that the county jails hold many dangerous people, and that awful events, including deaths, are almost inevitable. A few years ago, Mims said, an inmate hid a razor blade in his nasal cavity and cut his co-defendant in court.

“If you wanted absolutely no assaults on inmates, no assaults on staff, no murders, no suicides you would almost have to have a [guard] assigned to every single inmate or continually have eyes on those inmates,” she said.

Neither the county nor the state chose to conduct a comprehensive review of the deaths. Counties don’t notify the BSCC when inmates die, and the board has no authority to investigate even homicides in the jails.

The California attorney general has the power to intervene but rarely uses it.

Separately, McClatchy and ProPublica found suicide death rates have surged in several counties’ jails the past five years, and local officials have said they are unable to explain why.

Other states take a different approach. In Texas, the Commission on Jail Standards sets mandatory rules, performs inspections and tracks all inmate deaths. A law took effect in 2018 requiring an independent agency to investigate all in-custody jail deaths. The commission has the authority to close deficient and dangerous facilities.

The bill’s author, Assembly Member Kevin McCarty, D-Sacramento, vowed to try again in 2020, citing the McClatchy and ProPublica investigation. “This type of lax oversight results in lawsuits and settlements where taxpayers continue to foot the bill and pay for the misconduct of our sheriff’s departments across California,” he said.

The Problem: Best practices say solitary confinement should only be used in extreme circumstances, but several county sheriffs in California lock people in closet-sized rooms for hours, days and even weeks on end.

California jail standards place no limit on how long inmates can be held in extreme isolation. In 2016, the BSCC rejected a proposed 12-hour cap on inmates’ time in safety cells, rooms with four rubberized walls and a grate in the floor for bodily fluids. Board officials argued that limit was too short. Lindsay Hayes, a national expert on correctional suicide prevention, said the state’s minimum jail standards are “pretty antiquated.” 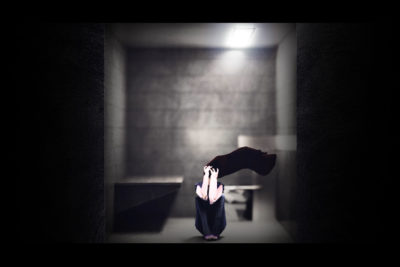 For inmates, the consequences can be severe.

Each year, for example, the Kern County Sheriff’s Office sends hundreds of people it considers to be suicidal into “suicide watch” isolation. Inmates awaiting trial can spend months in solitary, according to state and county records. When those cells fill up, deputies lock people in safety cells. They receive no mental health treatment and, until recently, just a yoga mat to rest on. The sheriff’s office said its isolation practices save lives, removing hazards and increasing monitoring of vulnerable inmates.

The Problem: California law prohibits local governments from using realignment dollars to save county tax dollars that would otherwise have been spent on jail or other law enforcement programs. But the McClatchy-ProPublica investigation found that lax spending rules and limited scrutiny from state and county officials have allowed sheriffs to use money ticketed for programs and services made necessary by realignment for basic operations and side projects unrelated to California’s criminal justice overhaul.

Ideas: State and county finance officials could audit local governments and sheriff’s offices, which receive the largest share of realignment money. When abuses are found, the state controller could take back money spent illegally.

Since realignment, state taxpayers have paid more than $8 billion to counties, where officials have decided how to split it among sheriffs, probation and community programs. The state constitution promises the annual payments in perpetuity to help counties shoulder the additional people previously sent to prison. But the money isn’t always spent on realignment-related items. 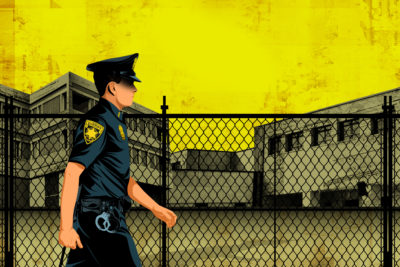 In Contra Costa County, for example, the sheriff used $1.5 million to help pay for existing street patrols after other funding fell through. David Twa, the county administrator, maintains the law gives counties flexibility and allows them to use money for a “wide variety” of public safety needs.

Local oversight groups across California have raised concerns about such spending, with some saying it is potentially illegal. County boards of supervisors, who have the final say, have repeatedly denied their realignment spending has violated the law.

The state, at the direction of the governor, can audit how local governments have used the realignment cash. However, it has not done so in the eight years since the reforms began. That kind of accounting, officials say, would amount to second-guessing local leaders.

“The state should have been asking for supportive documents every year,” Moorlach said. “That’s just a simple management program.”