Donald Trump isn’t exactly shy when it comes to denouncing things he doesn’t like. And there’s one particular part of the tax code that he denounced over and over both during the campaign and after taking office.

He said that the people benefiting from this portion of the code were “getting away with murder.”

So you’d think that the tax bill being pushed through Congress with Trump’s eager backing would be closing this loophole. But you’d be wrong. As you’ll see in a bit, talking about closing the loophole isn’t the same as closing it.

The loophole is called “carried interest.” That’s tax jargon for the share of investors’ profits that goes to the managers of private equity funds, venture capital funds and hedge funds. The standard rate is 20 percent of a fund’s profits, although there’s wide variation, both up and down.

When an investment has been held for more than a year before being sold, the managers’ “profits interest” proceeds, like the gains that go to the “capital investors” who put up the money, is taxed as long-term capital gains rather than as ordinary income. Cap gains currently carry a top federal income tax rate of 23.8 percent, whereas “earned income” such as fees and salaries carries a max tax of 40.5 percent (or 43.4 percent, if you include the Medicare tax).

(The other part of the managers’ fee — typically two percent a year of the investments under management — is treated as regular income.)

People, even including many Wall Street types whom I know, have been offended by the carried interest loophole for years.

After all, if you run a mutual fund and get a bonus based on your investment performance, that bonus is treated as earned income, not capital gains. So why should things be different for managers of a private equity or venture capital or hedge fund?

In November, after being criticized because their tax legislation didn’t deal with carried interest, House and Senate Republicans addressed the problem. Sort of, but not really.

Their “reform” doesn’t require proceeds from “profits interests” to be treated as ordinary income — which would be real reform. Rather, the legislation requires that investments be held for more than three years to get capital gains treatment, rather than the current period of more than one year.

That’s pretty much a joke, given that venture capital and buyout funds — whose managers are the biggest beneficiaries of the “carried interest” loophole — typically hold investments for well over three years before selling them. This legislation has the appearance of reform, but not the substance. 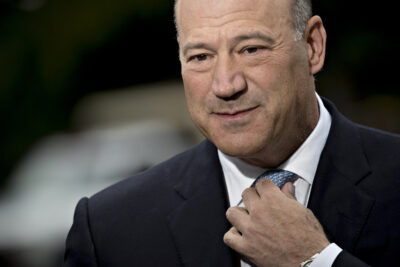 A spokesman for Kevin Brady, chairman of the tax-writing Ways and Means Committee, told The New York Times that the three-year holding period “strikes the right balance for economic growth and fairness without stifling investment in American entrepreneurship.” But this doesn’t address the substance of the loophole, which is that carried interest payments are actually fees masquerading as capital gains, which means they are taxed at a much lower rate than fees.

Let me take you through this a bit.

Treating the people who run partnerships differently from the people who are passive investors in partnerships has been around forever. But when private equity, venture capital and hedge funds began pulling in hundreds of billions of dollars of capital and paying their managers billions a year of carried interest, what had been a relatively obscure tax provision turned into a big deal.

Lots of private equity types claim that special tax treatment for carried interest is vital to them. However, when you look at history, you can see that claim is dubious at best.

Blackstone and Carlyle, two of the biggest private equity firms (which now call themselves alternative investment firms), were founded in 1985 and 1987, respectively.

From 1988 through 1990, regular income and capital gains were taxed at the same maximum rate: 28 percent. And in 1991 and 1992, the year another big firm, TPG, was formed, top rates were almost the same: 31 percent for regular income, about 29 percent for cap gains. So unless they were betting on the rates to change — which is, shall we say, highly unlikely — the preferential rate for carried interest was no big deal.

The rates didn’t really separate much until 1993. That year, the top regular income rate was more than 10 percentage points above the cap gains rate (39.6 percent to 29.2 percent), and the spread kept widening. (You can find the year by year rates here.)

Now what about Trump? Was he fouling his own nest by criticizing carried interest? I think not.

As best as I can tell from Trump’s financial filings and his leaked 2005 federal income tax return, he doesn’t play the carried interest game. So even if carried interest were to be reformed properly, it wouldn’t cost him anything.

The bottom line: If the pending tax legislation becomes law, heaven forbid, and the carried interest loophole requires a three-year rather than a one-year waiting period, you can bet that Trump and the Republicans will boast about how they taught Wall Street a lesson. And it will be a pack of lies. 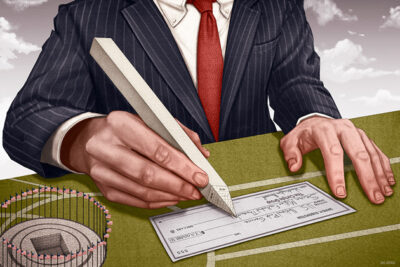 Heather Long of The Washington Post and Claire Perlman of ProPublica contributed reporting to this column.

Correction, Dec. 4, 2017: A caption on the original story misidentified the image Christina Arenas was looking at on her computer screen. The caption said it was a mammogram, but it is an ultrasound.

Correction, Dec. 4, 2017: An earlier version of this article omitted the Medicare tax in calculating the top tax rate on earned income.