In the buttoned-down world of government officials who oversee computer contracts, Poland’s Andrzej Machnacz cut a colorful figure. He enjoyed fine cigars and tooled around Warsaw on a motorcycle. Salesmen beat a path to his office, where the big-screen television was usually tuned to the fashion channel.

"Andrzej liked to look at pretty girls," one frequent visitor recalled. "There always had to be cigars and good alcohol in his office, mainly well-aged whisky."

Computer sales executives for local companies and global giants like IBM and Hewlett-Packard had good reason to cultivate Machnacz. As senior technology officer for Poland’s national police and, later, the nation’s Interior Ministry, he set the terms for hundreds of millions of dollars in technology contracts and decided which ones should be awarded without competitive bidding.

Today, Polish prosecutors have painted a damning portrait of the partnership between the colorful Machnacz and the eager salesmen, one that could have legal consequences for the American companies, including IBM, Hewlett-Packard and Oracle, the Redwood City, Calif. software company.

Machnacz, prosecutors say, received more than a $1 million in cash and brand-name gifts in exchange for steering government contracts to the three American companies, as well as to a Polish company called Netline. According to prosecutors, the gifts included a BMW motorcycle, a Nissan SUV, a Harmon Kardon home theater, a Sony 50 inch television, 12 HP laptops, several iPads and a refrigerator.

The bribing of overseas officials is barred under the U.S. Foreign Corrupt Practices Act, and as ProPublica has previously reported, the Justice Department and Securities and Exchange Commission have stepped up enforcement of that statute in recent years. It is unclear whether federal investigators in the U.S. have begun looking at the circumstances of the Polish technology contracts.

IBM and Hewlett-Packard said in statements that they were cooperating with Polish authorities. Hewlett-Packard noted that "no current HP employees are suspects in this case," while IBM pointed out that "press reports” on the case referred to a "former IBM employee." The company said in its statement that it "believes in the highest ethical standards for its employees and is committed to the principles of business ethics and lawful conduct."

Oracle, whose possible entanglement in the investigation had not been publicly known before today, would not comment for this article.

The first reports about the investigation by Polish news outfits surfaced more than a year ago, named IBM and HP, and did not make much of a splash. A report last week by Robert Socha of Poland’s TVN television network brought to light new details. (Watch a version with English subtitles here.)

The TVN report included footage of a Polish business executive describing the elaborate steps Machnacz would often take in order to do business in secret. The executive, whose face was obscured on camera, was not identified by name but was described as a former employee of Netline, the Polish company implicated in the case.

"I followed him in my car," the executive said of Machnacz. "Sometimes, he would go to great lengths to show how ingenious and great he was, and how he could lead all the agencies by the nose. We would meet, I would follow him by car, he would ride a motorcycle, making a show to check that we were not followed. I got to know all the underground stations, as very often we would meet at a different one."

The employee said he first met Machnacz at a conference in the United States that he’d been invited to by an IBM executive in Poland.

A spokesman for Poland’s Anti-Corruption Bureau, which has been investigating the case, told TVN and ProPublica his agency had so far been less than impressed with level of cooperation from the three American companies.

In an email to ProPublica, Jacek Dobrzynski said the companies had responded to requests for documents. But asked directly about the attitude displayed by HP, IBM and Oracle, he said had not seen "any initiative, any willingness" from them to "solve this case completely.”

"I think they should be the parties most interested in that," Dobrzynski said.

Machnacz’s lawyer did not respond to a request for comment. Prosecutors have announced that Machnacz has been released from prison and has agreed to cooperate and testify against others involved in the scheme.

Prosecutors have not specified which exact contracts were influenced by the alleged bribery. Polish officials say as many as 140 computer deals amounting to more than $500 million may have been tainted. Poland does not publish details of its government contracts.

The former Netline official said the technology systems bought by Machnacz were too expensive and sophisticated for the country’s needs. "Because of the rapid pace of change in the technology field, the technology Machnacz had purchased still needed to be updated every several years.

"It was like we built brand new highways and rode horse carts on them," the former Netline executive said. "It was money wasting.” 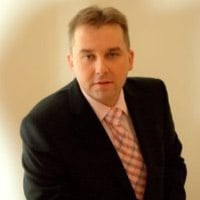 IBM went some lengths to tout its successful collaboration with Machnacz, featuring a Polish project in a glossy 2009 brochure that spotlighted 16 innovative technology efforts around the world. The brochure included a glowing account of how IBM had worked with Machnacz to create a network of handheld computers that gave Poland’s police instant access to a vast array of data. With a few key strokes, cops could learn whether they were dealing with a stolen car or a wanted man, the brochure said.

The portable computers "practically eliminates errors and incorrect information," the brochure quoted Machnacz as saying. Marcin Figiel, the IBM sales executive in Poland with whom Machnacz worked, proudly asserted that no other country in Europe had deployed such an advanced network.

Prosecutors said that Figiel gave Machnacz nearly $60,000 in brand-name consumer products. Figiel no longer works for IBM; his lawyer did not respond to requests for comment. 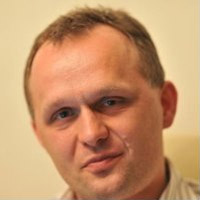 Tomasz Ziolkowski, a salesman for HP, was alleged to have given Machnacz more than $600,000 in cash gifts "in exchange for helping Hewlett Packard Poland and Oracle obtain public contracts with the police and Interior Ministry." According to his profile on LinkedIn, Ziolkowski left HP in February 2010 for a job with Oracle’s Polish operation as a "consulting sales director." The profile says he left Oracle in July, 2011; his lawyer also did not reply to a request for comment.

The U.S. anti-bribery statute holds companies legally liable for bribes or payments by foreign employees, even if they acted without authorization from their employers in the U.S., according to Mike Koehler, a professor at Southern Illinois University School of Law and author of the blog FCPA professor.

IBM, Oracle and Hewlett-Packard have not publicly disclosed the case in their filings to the Securities and Exchange Commission. That decision likely reflects a judgment that the Polish inquiry will not affect the companies’ bottom lines or change investors’ views of their stock, experts said.

Hewlett-Packard and IBM have been investigated for bribery in government contracts in other countries.

In April, 2010, Hewlett-Packard disclosed that the Department of Justice, the S.E.C. and German prosecutors were investigating nearly $10 million in suspect payments related to a $45 million contract for a computer system bought by Russia’s chief public prosecutor. U.S. authorities were also looking at separate transactions in Serbia, Austria, Germany, Austria and the Netherlands, the company said.

A year later, the S.E.C. sued IBM in federal court in Washington, D.C., alleging that the company had provided shopping bags full of cash, gifts and travel expenses to officials in South Korea and China to secure computer contracts. The S.E.C. contended that "despite its extensive international operations, IBM lacked sufficient internal controls designed to prevent or detect these violations of the F.C.P.A.," the anti-bribery law.

"During the period 1998 to 2009,” the complaint said, "IBM had corporate policies prohibiting bribery and procedures relating to compliance with the FCPA; however, deficient internal controls allowed employees of IBM's subsidiaries and joint venture to use local business partners and travel agencies as conduits for bribes or other improper payments to South Korean and Chinese government officials over long periods of time."

The complaint accused the company of violating the provision of overseas bribery the law requiring it to keep accurate records and maintain "internal controls” to prevent payment of bribes.

The S.E.C. and IBM had agreed to settle the case for $10 million, but Richard Leon, the federal judge overseeing the S.E.C.’s action, recently refused to approve that deal. The case is still pending.

Robert Socha is a reporter with Poland TVN network.