At the behest of county lawmakers, the Suffolk County Police Department said Thursday it will look into what went wrong when Latino families came to the department in 2016 and 2017, desperate for help finding teenage children who had disappeared, only to have their concerns ignored and their children labeled runaways.

It turned out that many of the missing had been murdered by members of the gang MS-13, some of them buried in Suffolk County woods known as the gang’s “killing fields.”

The county executive and the head of the Police Department also have agreed to meet with advocates for immigrant and Latino Long Islanders in the coming days.

The developments came in response to radio, text and video reporting from ProPublica, Newsday and This American Life that outlined how police bias against Latinos hindered the department’s ability to stop a wave of MS-13 murders.

“This whole entire body has seen the video and read the article, and it’s very disturbing,” Legislator Monica Martinez, who chairs the Legislature’s Public Safety Committee, said during the hourlong discussion at a public meeting. “There is commitment from both the commissioner and the executive to meet with advocates and legislators to discuss this further. This is an investigation going on and therefore certain things cannot be said.”

Martinez said she called police Commissioner Geraldine Hart over the weekend to discuss the reporting. She said that, among other things, the police will look into the case of high school freshman Miguel Moran, who disappeared in early 2016, and the case of a 15-year-old girl who went missing with boys affiliated with the gang around the same time. Moran’s remains were found that September. Parents of both teenagers say the police appeared to dismiss their requests for help because they were immigrants. The father of the 15-year-old girl secretly recorded detectives as they threatened his daughter and ignored his requests for interpretation.

Legislators on Thursday asked Suffolk police Lt. Mike Homan why police had used children as translators, why written policies on the treatment of victims had been ignored, what should happen when teenagers go missing and why bilingual officers have refused to use Spanish with Spanish-speakers trying to report crimes. They also asked if he was familiar with the term “misdemeanor murder,” a phrase some Suffolk County detectives have used to minimize killings of young immigrant men.

Legislator Kara Hahn said she wanted the Police Department to know that lawmakers are watching and expect reforms.

“There are no words to express what we all feel,” she said. “These families that were being tortured with missing children, and then seemingly tortured by the department and their response. We strive for this to never happen, ever.”

Homan said the department will be giving police officers tablet computers to help them understand and communicate with residents who cannot speak English. He said that when children disappear, detectives should treat them as missing people, not runaways, unless there is a clear reason to think otherwise.

“I will certainly bring your concerns back to headquarters regarding these cases,” Homan said.

Several lawmakers said they were in favor of amending the county budget to better fund police interpretation services. There are 10 certified interpreters, of any language, in the 3,800-person Police Department.

Residents spoke at the meeting about their own frustrations with the police department. Language access advocate Cheryl Keshner told the committee that her organization filed an internal affairs complaint with the police this year after conducting test calls to local precincts. She said the test callers were often treated rudely, or disconnected. One caller reported that an officer called her a “stupid bitch” and told her to go back to her own county. 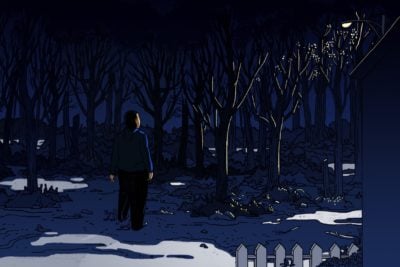 Police did not respond to requests for comment about the test calls or the parameters of what they will be looking into.

The international nongovernmental organization Human Rights Watch said this week that it would also be looking into the police bias issues on Long Island. Grace Meng, a senior researcher with the organization, said accounts of police dismissing reports of missing children were troubling and sure to hinder efforts to crack down on gangs like MS-13.

Asked about the accounts of discriminatory policing, the county executive’s office said that it was looking into the matter.

Advocates say they have been telling Justice Department investigators for years that the Suffolk police are not taking reports of missing Latino children seriously enough. They say they fear that the Justice Department is unlikely to go court over these issues, as it is currently scaling back civil rights investigations involving police.

Some advocates said the legislature should appoint an independent investigator or form a committee to look into complaints about bias. Suffolk County police union representative Lou Tutone said the department can be trusted to investigate itself. “I’m sure internal affairs was involved immediately,” he said. “I know that when discipline needs to be doled out, it is.”

Update, Jan 30, 2019: Since this article was published, the Suffolk County Police Department hired a civilian liaison to work with Latino residents, assigned three officers to recruit Spanish-speaking cadets and committed $215,000 for outreach to Latino job applicants. Department Chief Stuart Cameron announced in January 2019 that he is learning Spanish to show his commitment to improving language access across the department.

Responding to requests from lawmakers, the department also began an internal affairs investigation of Detectives Luis Perez and Michael Cammarata, whose treatment of Latino crime victims was brought to light by ProPublica stories in September, according to internal affairs bureau investigator Rafael Cano. The bureau recently began reviewing an unedited version of a secret recording cited in the stories, which shows the two detectives ignoring a father’s request for an interpreter. The department declined to comment because the investigation is ongoing. The detectives didn’t respond to messages.

Suffolk County Legislator Bridget Fleming said she is heartened by the department’s progress and will be closely monitoring the internal affairs investigation this year. “I think it’s important for us to keep it on the front burner,” Fleming said. “We know there have been mistakes in the past.”