This story was first published in ProPublica Illinois’ newsletter.

This week, we went deep into the inner workings of Chicago’s City Council and how its 16 legislative committees often fail to provide basic oversight of city government. Stories like this one by my colleague Mick Dumke provide a vital look at how an entrenched political system, based on favor-trading and loyalty, has not only cost taxpayers money but has allowed Chicago’s mayors to rule like monarchs.

I encourage you to read the story to best understand the system as a whole (I often joke with Mick that his stories are the most difficult to summarize because they’re so “big-picture”). Below, I’ve excerpted some of Mick’s reporting that highlights how the committee system is kept out of the public eye and how some aldermen have thwarted efforts to increase transparency.

1. “Chicago aldermen have also made it almost impossible for the public to see what they’re up to. Committee meeting schedules are posted online and meetings are open to the public, but they’re not broadcast, recorded or transcribed — unless a chair makes arrangements.”

The Traffic Committee meeting on March 6 was late to start. Four of its 16 members showed up. The committee chair called in to say he couldn’t make it. The agenda was 12 pages. Within three and a half minutes, everything was approved and the meeting was over.

2. “The council has passed laws to make sure committee operations are kept from any oversight. … Aldermen then passed a substitute ordinance that explicitly blocked the inspector general from looking into many council functions, including committee spending.”

Through the Freedom of Information Act, Mick found that Anthony Beale, alderman of the far South Side 9th Ward and chair of the Transportation Committee, spent committee money on his own transportation, including payments on a Chevy Tahoe SUV, thousands of dollars in parking expenses as well as office furniture — including a “bourbon cherry” wardrobe cabinet. In recent weeks, Beale has tried to line up support to have himself or an ally picked as the next chair of the powerful Finance Committee. The alderman didn’t respond to requests for comment about committee spending.

3. “The public has no ready way to see how many people are hired by the committees or what they do.”

Committee chairs have acknowledged using their committee budgets to hire employees who do whatever the chairs want, including work on issues specific to their wards. So aldermen who chair big-budget committees — and the constituents who live in their wards — may unfairly benefit from the extra help and gain an advantage at election time.

Aldermen have prohibited the city’s inspector general from keeping tabs on the council or its committees. Proposals to improve transparency, such as by livestreaming committee meetings, have died without being brought for a vote.

Mayor-elect Lori Lightfoot, who takes office Monday, has said she plans to “blow up all the old concepts” as she remakes the City Council. That includes weighing in on new committee chairs and pushing for oversight from the inspector general.

As I said, read our story this week in full. Especially with a new mayor taking over, the more people with their eyes on local government, the better.

We’ll be watching and hope you will be as well. 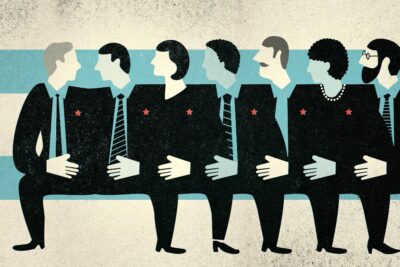