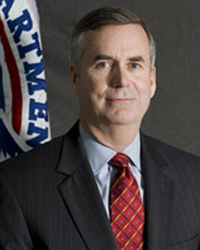 The director of the Federal Air Marshal Service said Friday that he was "embarrassed" by incidents of air marshal misconduct described in a ProPublica investigation published last week with USA Today.

On Friday morning, Director Robert Bray attached the story to an agency-wide e-mail (PDF) stating that, "I am sure you are just as personally and professionally embarrassed by these incidents as I am."

"In order to maintain the trust and confidence of our fellow Americans, we must dedicate ourselves to root out and report any instance of misconduct or criminal behavior," he wrote. "The public expects nothing less than adherence to the highest professional standards; we must demand no less from ourselves."

The brief e-mail did not specifically address whether the agency will take additional steps to address issues raised by the story, including gaps in background checks, changes in hiring standards and whether discipline for misconduct such as drunken driving is adequate. ProPublica found several misconduct cases since 2005 involving air marshals who had been fired from prior jobs or who had a criminal record.

In a follow-up story by CNN, Bray stated that the Air Marshal Service now has "a robust process that we have a great deal of confidence in that brings good people on board."

Bray's e-mail to employees presented a different tone from earlier public statements in which the Transportation Security Administration, which oversees the Air Marshal Service, said the ProPublica investigation presented "a distorted view."

"While sensationalizing the regrettable acts of a very few may make for good front page news, it doesn't tell anywhere near the whole story of an organization," Bray said in a statement Thursday on TSA's blog.

Air marshal spokesman Greg Alter said Bray's new e-mail was intended to reaffirm his confidence in the rank-and-file. "I know that the vast majority of you are dedicated professionals who consider the Federal Air Marshal Service as more than just a job, but a patriotic mission," Bray wrote.