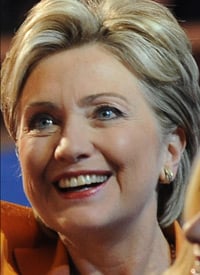 In a letter to New York State Department of Environmental Conservation Commissioner Alexander Grannis, Clinton said she is concerned about the environmental impact of drilling in the Marcellus Shale and supports Paterson's order that the DEC update its environmental impact statement for the project. She also points out that New York state is the "line of first defense" in protecting the state's water and air from drilling-related contamination because "current federal protections are fairly weak." What Clinton means is that hydraulic fracturing, the technique that drilling companies will use to extract gas from the Marcellus Shale, is exempt from the Safe Drinking Water Act and other federal laws.

"These gaps in the federal environmental safety deserve closer scrutiny, and I am examining whether changes are needed," she says in the letter.

Clinton's interest in examining the industry's federal exemptions could end up being a key part of this story, but for now, as she says, safeguarding New York's environment is up to the DEC.