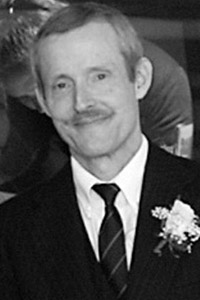 A microbiologist who supervised the work of accused anthrax killer Bruce E. Ivins explained to a National Academy of Sciences panel Thursday why the arithmetic of growing anthrax didn't add up to Ivins' mailing deadly spores in fall 2001.

"Impossible," said Dr. Henry S. Heine of a scenario in which Ivins, another civilian microbiologist working for the Army, allegedly prepared the anthrax spores at an Army lab at Fort Detrick. Heine told the 16-member panel that Ivins would have had to grow as many as 10 trillion spores, an astronomical amount that couldn't have gone unnoticed by his colleagues.

According to FBI calculations, Ivins accomplished this working after-hours in a special suite for handling lethal agents designated B3, for Biohazard Level 3. A bar chart released by the bureau (PDF) when it closed its nearly 9-year-old Amerithrax case in February showed that in August and September 2001, the months immediately before the first anthrax letters were mailed, Ivins logged 34 more hours in the B3 suite than his combined total for the previous seven months.

"That's more than 8,000 hours (close to a year) short of what he would have needed to grow the anthrax," Heine told ProPublica in an interview after his NAS presentation. 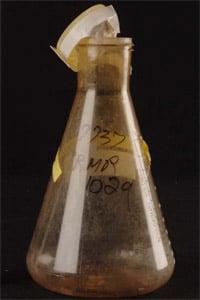 Heine, one of the few scientists at the Army lab with the skills to grow large batches of anthrax, told ProPublica it would have taken around "100 liters of liquid anthrax culture," or more than 26 gallons, to grow all the dried spores that killed five Americans and infected 17 others.

"He couldn't have done that without us knowing it," said Heine.

Other biodefense scientists who didn't work with Ivins have done the same calculations and reached the same conclusion as Heine.

The FBI declined to comment on this latest challenge to its decision to end one of the most expensive manhunts in the bureau's 102-year history. In closing the case, the agency said Ivins alone was responsible for the anthrax letters. Ivins committed suicide in 2008.

Many of Ivins' colleagues and some federal lawmakers protested that the FBI was premature in closing the books on Ivins before the academy had completed its review of the science undergirding the bureau's case. "To this day, it is still far from clear that Mr. Ivins had either the know-how or access to the equipment needed to produce the material," said Rep. Jerrold Nadler, D-N.Y., in written remarks published in March.

The day Heine and his Fort Detrick colleagues learned of Ivins' suicide in July 2008, Heine said they conferred and feared the F.B.I. would then blame the attacks on someone who could no longer speak in his own defense. "And the very next day, the bureau named Bruce the mailer," Heine recalled.

Because of an FBI gag order, Heine said he was unable to discuss these details until he left his job at the United States Army Medical Research Institute of Infectious Diseases, at Fort Detrick, where Ivins also worked developing anthrax vaccines. Heine left in February and is now senior scientist at the Ordway Research Institute, Inc. Center for Biodefense and Emerging Infections in Albany, N.Y.

Heine said his expertise in growing anthrax made him a suspect like Ivins. He said FBI agents gave him a polygraph exam and took statements from him several times between 2001 and 2003. The FBI was never far away, he said. A former scoutmaster, Heine said that on campouts his Boy Scout troop used to keep a "black Suburban watch," looking for the vehicles driven by the agents keeping Heine under surveillance.

"The FBI went after our weakest link," Heine said, referring to Ivins and other scientists at Fort Detrick, in Maryland. He called Ivins "fragile" and especially vulnerable to bureau attempts to extract a confession from him.

"If Bruce did it, we would've turned him in for a million dollars in a heartbeat," said Heine, referring to the government reward for information leading to the capture of the anthrax mailer. "Seriously, though, reward or no reward, we would've stopped him because that would've been the right thing to do."

The FBI linked Ivins to the crime, in part, because of a genetic match between the anthrax spores kept by Ivins and those in the letters. Documents released by the bureau said that samples of the same anthrax strain were shipped by Ivins to at least four different U.S. laboratories before the attacks.

That doesn't exonerate Ivins, Heine conceded, but he said Ivins' guilt is also far from certain. The spores in the anthrax letters were in a dry powder form that spread easily.

"When you dry spores, they fly everywhere and you can't see 'em," said Heine. "Had Bruce made it during all those late nights in the hot suite, we would've been his first victims."