A version of this story appeared in the Washington Post.

Since 2006, more than a dozen of Colombia's most notorious paramilitary leaders have been extradited to the United States to face drug-trafficking charges in federal district court in Washington.

The extraditions stunned Colombians, who had hoped that testimony from the men, given as part of a national amnesty program, would help expose the truth about two decades of vicious murders, assaults and kidnappings. In videotaped confessions in Colombia, one had taken responsibility for more than 450 slayings.

But outrage over the extraditions reached a boiling point earlier this year, when U.S. District Judge Reggie Walton blocked public access to seven of the paramilitary leaders' cases, erasing virtually every trace of their existence.

There is no way to know if the men have negotiated lenient sentences -- or if they are even still in custody. An eighth defendant, accused in Colombia of murdering a judge, was released on his own recognizance, records show, after cousins in College Park, Md., vouched for him.

The Colombian cases are drawing new attention to the practice of sealing entire court files, triggering a broader controversy over judicial secrecy.

Though court policies discourage this degree of secrecy, a 2009 internal study showed that federal judges order it in thousands of cases a year, sometimes without justification.

Some judges not only block public access, but also remove file numbers and all other signs of a case from the record. In the D.C. district, there is no uniform procedure for sealing a case, leaving individual judges to decide how much to disclose, Chief Judge Royce Lamberth said.

The cases against the Colombian paramilitaries show the stakes of a transparency debate that might otherwise seem academic. 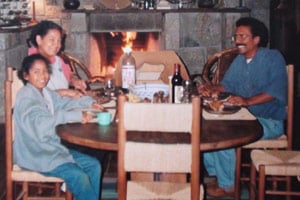 "More than anger, I feel powerless," said Bela Henriquez, whose father, Julio, was kidnapped and killed on the orders of one defendant. "We don't know what they are negotiating, what conditions they are living under. What guarantee of justice do we have?"

The U.S. Supreme Court has ruled that public access to court cases is protected by the First Amendment because it is a crucial check on judicial power.

An agreement involving secrecy would require authorization at the highest levels of the Justice Department. Prosecutors must obtain approval from the deputy attorney general before requesting, or agreeing to, the sealing of a criminal case.

But ultimately, sealing decisions are made by individual judges. Court policies urge judges to shield as little as possible – a document, a witness's name – and for as short a time as possible. Total secrecy is supposed to be ordered only under "extraordinary circumstances," according to legal precedent. Even in those cases, judges are supposed to unseal records eventually.

In 2006, the Associated Press reported a sharp rise in secrecy in criminal cases, prompting concern that Bush-era prosecutors and judges too often operated outside public scrutiny.

The Administrative Office of the United States Courts supplied data for the study, but its spokesman, David Sellers, now says the figures provided were flawed. He said wide variations in record-keeping among individual courts make accurate tallies impossible.

A year after the AP report, the federal judiciary strongly urged courts to mark sealed cases as "under seal" rather than completely omitting them from the record, as happened in the Colombian cases. Yet, the 2009 internal study showed that a dozen courts still weren't complying.

That study, done by the research arm of the federal judiciary, looked at all cases that were fully sealed in 2006, giving perhaps the most complete picture of how — and how often — total secrecy is used.

Two percent of about 1 million cases filed that year were sealed. In many, the secrecy was justified, but researchers found dozens of instances of sealing for no legitimate reason. Approximately one of every 275 criminal cases in 2006 was fully sealed to protect cooperators or ongoing investigations.

Last month, the committee overseeing the study recommended that the judiciary's leadership remind judges not to order complete secrecy unless "there are no other options." The panel stopped short of suggesting that this be made mandatory.

"The number of sealed cases was so small," said Judge Harris Hartz of the U.S. Court of Appeals for the Tenth Circuit, the committee's chairman. "Judges' decisions to seal a case are heavily dependent on the specific facts and circumstances of that case."

The panel recommended that electronic records systems in the courts be programmed to track sealing.

In Colombia, the secret U.S. prosecutions have darkened hopes of achieving redress for thousands of atrocities tied to a network of paramilitary groups known as the Self-Defense Forces of Colombia. The extradition of key leaders to the United States disrupted a historic amnesty program intended to demobilize units and deliver basic information, such as the location of bodies, to victims' relatives.

Roxanna Altholz, the acting director of the International Human Rights law Clinic at the University of California, Berkeley who represents Colombian victims of paramilitary violence, said the U.S. has broken a promise made on the day of the extraditions by Ambassador William Brownfield.

"The victims, their representatives and the prosecutors of Colombia will continue to have access in the U.S. to the legal system, to the extradited individuals, and to their assets," Brownfield said on May 13, 2008, in Colombia.

"So far," says Altholz, "none of those promises have been kept."

Human rights lawyers have been unable to track the status of at least 25 other Colombian paramilitary members being prosecuted in various U.S. courts because substantial portions of their cases have been sealed.

Lamberth acknowledged that victims may feel deprived of justice when cases are sealed.

"I honestly don't know how we balance letting victims have a say," he said. "If there is a way to do it without endangering" the lives of those who are cooperating, "we are open to that."

Given their brutal résumés, the whereabouts of the defendants are cause for concern, prosecutors said.

"If one of them could be living in Bethesda, for example, down the street from the Jones family with a dog and 2.5 kids, then the public has a strong interest in knowing that information," said David Weinstein, who prosecuted drug cases as an assistant U.S. attorney in Southern Florida from 1998 to 2009.

One paramilitary leader, Hughes Manuel Rodriguez Fuentes, was released on bond in 2008. Reporters visited an address in College Park where one of Rodriguez Fuentes' cousins lives, according to court records.

"I don't know where he is," said the relative. "And good luck finding him."

This article was reported as part of an upcoming Thirteen/WNET documentary series called "Women, War & Peace," in conjunction with ProPublica.