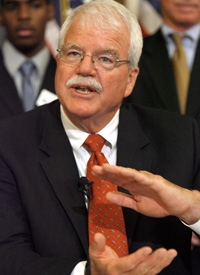 We've beenfollowing a Department of Labor proposed rule (PDF) that would make it harder to pass regulations for workplace toxins and chemicals. As the Washington Postreported, the rule did not go through the normal process: It was not publicly disclosed and was drafted by a "political deputy in Labor's office of the assistant secretary for policy."

Here is the Department of Labor’s initial response (PDF) in which they deny the proposal was "secret" and also ask for more time to respond.

It looks like the department might give a more detailed reponse tomorrow to the House Education and Labor Committee. We’ll try to get their response and let you know what it says.