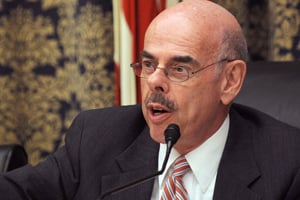 Two of the largest companies involved in natural gas drilling have acknowledged pumping hundreds of thousands of gallons of diesel-based fluids into the ground in the process of hydraulic fracturing, raising further concerns that existing state and federal regulations don't adequately protect drinking water from drilling.

Rep. Henry A. Waxman, D-Calif., who released the information in a statement Thursday, announced that the House Committee on Energy and Commerce, which he chairs, is launching an investigation into potential environmental impacts from hydraulic fracturing.

The process, which forces highly pressurized water, sand and chemicals into rock to release the gas and oil locked inside, gives drillers unprecedented access to deeply buried gas deposits and vastly increases the country's known energy reserves. But as ProPublica has detailed in more than 60 articles, the process comes with risks. The fluids used in hydraulic fracturing are laced with chemicals -- some of which are known carcinogens. And because the process is exempt from most federal oversight, it is overseen by state agencies that are spread thin and have widely varying regulations.

In 2004, the U.S. Environmental Protection Agency examined hydraulic fracturing and determined it can be safe as long as diesel fuel isn't added to the drilling fluids. The agency based its decision in part on a non-binding agreement it struck with the three largest drilling service companies -- Halliburton, Schlumberger and B.J. Services -- to stop using diesel. But the agreement applied only to gas drilling in a specific type of geologic formation: shallow coal deposits. The EPA study has since been widely criticized.

The information obtained by Waxman's group shows that B.J. Services violated that agreement and that Halliburton continued to use diesel in other geologic formations not governed by the agreement. All three companies acknowledged using other potentially harmful chemicals, such as benzene, toluene, ethylbenzene and xylene.

A memo (PDF) released by the Energy and Commerce Committee on Thursday said B.J. Services acknowledged that between 2005 and 2007 it injected 2,500 gallons of diesel-based fuels into coal bed methane wells.

Jeff Smith, CFO for B.J. Services, told ProPublica the incidents in which diesel was used were isolated, and that the company has been vigilant in making sure that it has not been used since.

"The company has taken this very seriously," he said.

The memo said Halliburton reported using more than 807,000 gallons of diesel-based fuel to fracture wells in 15 states during the three-year period. But in a statement released Thursday night Halliburton said any suggestion that it had violated the agreement was "completely inaccurate," because none of the fuel was used in coal bed methane wells.

"Halliburton is firmly committed to full compliance" with the agreement, the statement said.

The information about the companies came from an investigation Waxman launched when he was chairman of the House Committee on Oversight and Government Reform during the last Congress.

As part of the new investigation by the Energy and Commerce Committee, Waxman and subcommittee chairman Edward Markey, D-Mass., sent letters to eight companies, including Halliburton, B.J. Services and Schlumberger, asking for more information about the drilling process and the chemicals it requires. The five other companies -- Frac Tech Services, Superior Well Services, Universal Well Services, Sanjel Corp. and Calfrac Well Services – are smaller companies that make up a growing share of the market. They are not included in the 2003 memorandum of agreement with the EPA.

"As the use of these technologies expands, there needs to be oversight to ensure that their use does not threaten the public health of nearby communities," said the memo from Waxman and Markey.

The letters ask the companies for detailed information, including documentation of all the wells they hydraulically fractured from 2007 to 2009, the proximity of those wells to underground drinking water sources, the volumes and types of chemicals used in the process, and any health and environmental effects of the drilling. If the companies comply, the committee will have created the most complete picture to date of hydraulic fracturing.

Smith said B.J. Services will fully respond to the request. When asked if the company has used petroleum distillates and benzene in its drilling process, he said, "I'm not going to get into the details in terms of what the chemicals are." He said that the information will be disclosed in the company's response to the committee's letter.

Halliburton also said it will respond to the committee's request for information.

Schlumberger spokesman Stephen Harris said in an e-mail that officials at the company "have received the Committee's request and are reviewing it," but he declined to comment further.