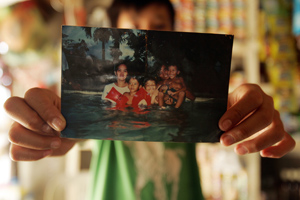 When President Obama meets Filipino President Gloria Arroyo at the White House this Thursday, terrorism will be at the top of the agenda. But one of Arroyo's political opponents wants to add an item for discussion: the treatment of Filipinos injured or killed while working for the U.S. in Iraq and Afghanistan.

The system, required by a law known as the Defense Base Act, provides for medical care and disability payments for civilians injured or killed while working under federal contract, regardless of nationality. Thousands of Filipinos work for U.S. forces in Iraq and Afghanistan, generally in menial jobs such as cooking and cleaning. Scores have been injured or killed.

In his letter, Pimentel cited the results of a recent investigation by ProPublica and the Los Angeles Times that found that the employers of foreign workers often did not report employee deaths and injuries. In addition, major insurance carriers such as AIG were offering small sums to settle claims of foreign workers. U.S. taxpayers ultimately pay the premiums for the insurance policies, which are included as part of the price of federal contracts. AIG said that it took "extraordinary measures" to pay the claims of injured foreign workers and that the "vast majority" of properly documented claims were paid.

Pimentel mentioned several cases of Filipino workers killed in Iraq and Afghanistan who had yet to receive benefits. He noted that the Filipino subsidiary of AIG, Phil-Am Life Insurance Corp., did not report substantial losses during the economic meltdown that forced AIG to turn to the U.S. government for a bailout. "To the best of my information, the wounded workers and/or the heirs of those killed have applied for the benefits but the insurance companies like the American Insurance Group (AIG) have either rejected the applications or have offered token sums," Pimentel wrote.

Gines Gallago, a spokesman for the Philippines Embassy, said that the agenda was still being finalized and that no decision had been made as to whether to bring up the issue. The White House did not immediately return calls for comment.