Over the past year, the Malheur Enterprise and ProPublica published a series of stories about Oregon’s handling of people found “guilty except for insanity.” The reporting was prompted by the case of Anthony Montwheeler, an Oregon man who was charged in 2017 with killing two people shortly after his release by Oregon’s Psychiatric Security Review Board.

The stories prompted calls for reform by state officials and lawmakers who convene next week for this year’s meeting of Oregon’s Legislature.

An inquiry from a reader prompted ProPublica to review the underlying data and assertions in stories published in November and December. We found errors of fact and analysis that need to be corrected.

One key assertion in the series was that insanity defendants are charged with crimes after they are freed more frequently than people freed after serving prison sentences.

Both figures are inaccurate, as is the assertion that insanity defendants have a higher recidivism rate than those released from prison.

ProPublica staff reviewed all 419 cases of individuals found “guilty except for insanity” for felony charges and released by the PSRB from Jan. 1, 2008, to Oct. 15, 2015. Our review showed that the actual percentage of people released by the PSRB and charged with felonies within three years was 16 percent. (The original story and our review relied on data compiled by a public records aggregator that may not be complete.)

Our original count of felonies was inflated by multiple mistakes. In some instances, we incorrectly tallied misdemeanor charges as felonies. In others, we mistakenly included people charged with felonies outside the three-year window.

We also misstated the recidivism rate among people released from Oregon’s prisons. The state does not track the number of people charged with felonies after they are freed. The rate we cited in the story — 16 percent — arose from a misreading of state records.

It is possible to compare the rates of felony convictions between people freed from prison and from PSRB oversight. Had we done so, the story would have stated that 8 percent of people released by the PSRB were convicted of new felonies in Oregon within three years, compared with 29 percent of those freed from prison.

Our stories included other factual errors. A story on Nov. 14 said that “Oregon releases people found not guilty by reason of insanity from supervision and treatment more quickly than nearly every other state in the nation.” Our review of the reporting on which this statement was based found that it does not support the characterization that Oregon moves “more quickly than nearly every other state.”

Another story published on Nov. 14 quoted a 1986 study by Dr. Joseph Bloom as finding that 16 percent of people released by Oregon’s PSRB between 1978 and 1980 had been arrested for felonies after release.

In fact, Bloom’s study did not include this statistic. It did say that 42 percent of those released by the PSRB were subsequently arrested for either felonies or misdemeanors; it offered no further breakdown.

The story quoted the study as saying that 42 percent of those released by the PSRB were arrested within 18 months of being freed. The correct figure is 37 percent. The story also misstated how many post-release records Bloom and his co-authors analyzed; it was 123 people, not 144.

The same story mischaracterized a study analyzing recidivism among people freed by Connecticut’s Psychiatric Security Review Board, saying that 16 percent of the people freed by the board were later re-arrested, with about a third for felonies. In fact, the study reported that at least 17 of the 32 people were arrested for felonies after their release — more than 50 percent. The story incorrectly stated how many individuals’ outcomes were analyzed in the study. It was 196, not 215. In another story, we said that Connecticut’s board had far fewer people under its supervision than Oregon’s — 20 as opposed to 500. The correct figure for Connecticut was 151 in 2016-17.

In stories published in November and December, we attempted to calculate the number of people released by the PSRB who attacked others, asserting that they assaulted police, first responders, family members and service workers. While there were violent incidents involving each of these categories, we could not replicate the precise numbers cited in those stories.

The errors in our stories cloud what has been an increasingly informed debate in Oregon about possible flaws in the state’s laws and procedures.

The board’s only published statistic on recidivism — that 0.46 percent of people under supervision commit crimes — does not capture the reality of what happens once that supervision ends. The board has acknowledged that it does not track those outcomes. 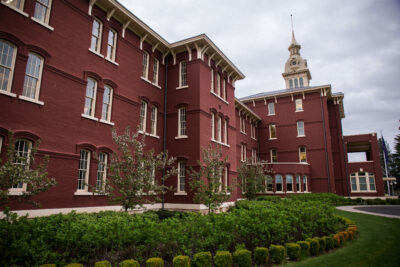 We did. In reporting these stories, we identified 526 people who were found guilty except for insanity on felony charges who were released by the PSRB between 2008 and 2017. (In some stories, we looked at the recidivism rates for a smaller group, the 419 people who had been freed before Oct. 15, 2015. They were free for at least three years, a frequently used metric in academic studies of recidivism.)

Of the 526 released over the decade, records show that 115 were subsequently charged with felonies; 84 with misdemeanors. According to Oregon records, 16 individuals were charged with serious crimes of violence, including murder, rape, attempted sexual abuse of a minor, kidnapping, sexual abuse, aggravated assault and attempted murder.

The errors in our stories are regrettable, particularly at a time when the accuracy and fairness of news organizations is under constant assault. We hope that Oregonians can look beyond them to the essential findings described above.