A push by New York Gov. Andrew Cuomo to return 50,000 apartments to the city’s stock of rent-regulated housing has fallen far short of its goal as hundreds of landlords appear to have ignored the state’s plea to comply voluntarily with laws limiting rent increases.

The Cuomo administration’s effort stemmed from a 2009 court decision which said landlords cannot charge market-rate rent increases while collecting a popular tax break known as J-51. Instead, the state’s highest court ruled that apartments must be subject to rent stabilization — state laws limiting rent increases — as long as owners receive the benefit.

As we reported in July, the state had ignored requests from tenant groups to enforce this landmark ruling, known as Roberts vs. Tishman Speyer. That was supposed to change in January, when Gov. Cuomo unveiled his effort to make owners comply with the Roberts ruling. 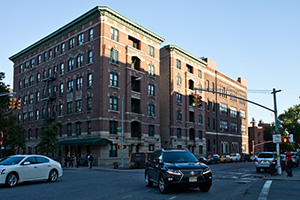 A property tax benefit known as J-51 can mean the difference between a rent freeze and a sharp increase. Here is how to find out if your building qualifies. Read the story. 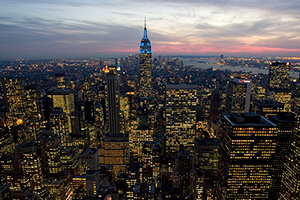 A 1994 City Council vote enabling landlords to dodge limits on rent increases has had a profound impact on the lives of New Yorkers. Read the story.

At the time, Gov. Cuomo said the “major initiative” would restore rent stabilization to about 50,000 units that had been wrongly treated as market-rate while owners collected J-51 benefits. “There will be zero tolerance for those who disregard the law and reap these benefits while denying tenants affordable housing they are obligated to provide,” Cuomo said.

The execution of Cuomo’s announcement was far less emphatic than his words. Owners received a brief letter from the state’s Division of Housing and Community Renewal asking them to sign their units up for rent stabilization during the next registration period, which lasted from April 1 to July 31.

The letter did not spell out any consequences for noncompliance and tenants were not directly notified that their apartments were subject to rent stabilization. Instead, the agency said “it is DHCR’s expectation that this initiative will help tenants by spurring voluntary compliance by landlords” and that it expected “full compliance.”

Now, the results are in and it appears many apartment owners simply ignored the agency.

“Sounds like they have a lot more work to do,” said Helen Rosenthal, a member of New York’s City Council. Rosenthal said she still sees rent-stabilized apartments disappearing quickly from her district in Manhattan’s Upper West Side. “It’s like a sieve on the Upper West Side. We’re just losing them hand over fist,” she said.

Asked about the shortfall, the Division of Housing and Community Renewal said that it will “take legal measures with appropriate authorities to enforce the law.”

Landlord groups did not respond to a request for comment.

Some tenant advocates said they were not surprised that the state’s voluntary approach yielded limited results.

“When DHCR politely asks landlords to follow the law, the agency signals that landlords can continue to flout the law,” said Ellen Davidson, a lawyer at The Legal Aid Society, which helps low-income tenants.

That was precisely the advice given out by some landlord lawyers in the wake of Gov. Cuomo’s January announcement. “Let someone else play the next chapter out in the courts or at DHCR before you go re-registering long-deregulated units. THIS is a choice that every landlord needs to make in conjunction with their counsel,” one attorney wrote in a February note to clients.

In one building we profiled in our July investigation, 945 West End Ave., it took a lawsuit by the tenants to force their landlord to comply with the law; a tough-sounding letter from the Division of Housing and Community Renewal did not accomplish much.

Which is why advocates like Davidson say the state should notify tenants as well as landlords that their apartments should be rent stabilized.

“Had they wanted these rights enforced, they would have informed tenants that they had rights under the rent stabilization law and encouraged tenants to bring actions against their landlords,” Davison said.