The suit alleges that Arise Virtual Solutions, which targets women of color for recruitment and has been used by large companies like Airbnb and Disney, deprived workers of minimum wage, overtime and paid sick leave. 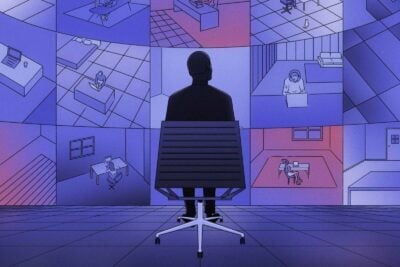 Large companies like Airbnb and Disney hire Florida-based Arise, which in turn recruits workers to answer customer service calls from their homes for its corporate clients. The attorney general’s civil suit, filed in D.C. Superior Court, alleges that Arise illegally classifies those workers as independent contractors rather than regular employees. That deprives the workers of a range of wage and other protections that the law provides only to employees.

The suit also names as a defendant Comcast, one of the many blue-chip companies that have obtained customer service workers via Arise.

“Arise has been elaborately constructed to avoid paying workers the minimum wage, overtime, and paid sick leave as required by District law,” D.C. Attorney General Karl Racine said in a statement. “Comcast, and other large companies, partnered with Arise and profited from that company’s theft of workers’ wages and benefits.”

The attorney general’s office opened its probe following a ProPublica investigation of Arise in 2020. Interviews and documents showed how Arise required workers to pay for the company’s training and their own equipment. The company made workers pay Arise monthly fees to take customer service calls on its “platform.” A CEO of the firm pitched corporate clients by saying the company could “squeeze wastage out of a typical workday.”

Customer service reps told ProPublica that Arise and the large corporations for whom they answered calls maintained a high level of control over their jobs, even as they were classified for legal purposes as independent contractors.

Those are labor law violations, the lawsuit alleges. “The economic reality of Arise’s relationship with its agents demonstrates the existence of an employer-employee relationship,” the lawsuit says. “Arise has the power to hire and fire agents, exercises extensive supervision and control over their conditions of employment, and determines their rate of pay.”

The D.C. suit seeks to recover back wages and paid sick leave, plus additional penalties, for at least 180 affected workers in Washington. That’s a small fraction of the tens of thousands of agents Arise has claimed to have around the country. The suit doesn’t say how much money the attorney general is seeking.

The lawsuit alleges that Comcast is liable for wage law violations against its agents because the company had “substantial control over their conditions of work from hiring, to performance, and through termination.”

A Comcast spokesperson said in a statement that the company is “absolutely committed to lawful pay practices. This particular case involves individuals retained by and paid by Arise, not Comcast. We are reviewing the complaint and cannot comment further at this time.”

The lawsuit alleges that Arise targets women, especially women of color, for recruitment as customer service contractors. One Arise marketing site tells prospective workers they can “Become A Work From Home Mom” while another included in the complaint features photos of women of color smiling broadly alongside headlines like “Finally I had a chance to work again but I would be my own boss.”

That echoes ProPublica’s previous reporting that Arise’s workforce is heavily female, with one ad showing a woman being literally showered with cash.

Separately, a private class-action case filed against Arise in federal court last year is still pending. That followed a federal Department of Labor investigation more than a decade ago that concluded the company was violating the law and owed workers $14.2 million. But Arise pushed back against the government and ultimately paid nothing.