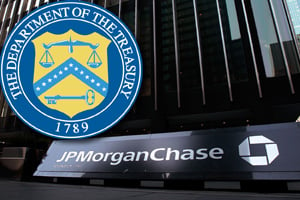 As we wrote on Tuesday, the new data the Treasury Department released show a number of problems with the mortgage modification program. But JPMorgan Chase leads the pack when it comes to those stuck in loan mod limbo.

JPMorgan Chase, the data show, has the most homeowners waiting more than six months for a final answer on whether they’ll get a permanent modification. (What we still don’t have data on is how many many homeowners have applied for a modification to begin with and how long they've waited.)

Although we’ve been providing estimates on this backlog for months, this was the first time the Treasury had divulged the exact numbers. Only one other servicer, the relatively small Saxon, has a higher proportion of homeowners who’ve been waiting for months to hear whether their trial modifications will become permanent.

Forty-five percent of all trial modifications that Chase has begun—which are supposed to last no longer than three months—have dragged on for at least six months without a final answer from the bank. (See how other banks are doing.)

The especially large backlogs at Chase and Saxon stem from the disproportionate number of trials both servicers began in the first months of the program. JPMorgan began about 106,000 trials in the program’s first four months (through August of 2009). In the eight months since then, only 83,000 homeowners have begun trials. The same is true of Saxon: it began 29,000 trials in the first four months, and only 11,000 since. A large proportion of those homeowners remain stuck in those trials.

Treasury officials have attributed the backlogs largely to the fact that servicers were initially allowed to begin trials without first verifying homeowners’ incomes. Treasury allowed servicers to do that in order to boost the number of trials in the program’s first months, and recently implemented guidelines to require documentation of income before a homeowner can start a trial.

Christine Holevas, a Chase spokeswoman, said she expected that measure to "dramatically improve the approval rate." The change has already dramatically reduced the number of homeowners who are beginning new trial mods.

Treasury’s early decision to allow homeowners to get trial modifications without verifying their income is far from the only reason Chase has left so many homeowners in limbo. We’ve done a number of stories that detail other problems homeowners have experienced with Chase.

Chase is of course far from the only bank and servicer with which homeowners have been having problems. Take a look at our breakdown of the data, and you can see vastly differing results at the different servicers. We’ll continue to track the program and seek to understand the reasons behind the differences.