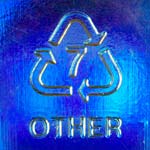 The Milwaukee Journal Sentinelreported last weekend that the Environmental Protection Agency delayed regulation of the controversial chemical bisphenol A – known as BPA – just eight days after industry lobbyists met with White House officials and "aggressively pleaded its case that BPA should not be flagged for greater regulation."