More than a decade ago, Italy tried a novel approach to help bring down drug costs: asking pharmaceutical companies to return money to the national health system if some of their medicines failed to work as expected. The effort largely flopped.

The Trump administration is now considering whether to encourage a similar approach. Pharmaceutical executives presented the idea to President Trump at a meeting in January, and the general concept was raised last month in a draft executive order aimed at combating rising drug prices.

A number of drug companies have recently entered into such deals, which they call outcomes-based contracts. Merck has done so for its diabetes drugs Januvia and Janumet, promising to return money if patients’ diabetes did not meet goals for control. And Novartis, which makes the heart failure treatment Entresto, is refunding money if too many patients taking the drug are hospitalized. In more typical deals, drugmakers pay rebates to insurers based on the number of drugs sold and to gain easier access for members to their products.

But there is scant evidence this new approach lowers costs. Pharmaceutical companies still set the drug’s list price and have to agree to the criteria upon which they will be measured. Some experts say such arrangements are a ploy to deflect attention from substantive changes that could hurt companies’ bottom lines, such as allowing Medicare to negotiate drug prices. Moreover, the savings don’t always trickle down to consumers.

“Most of them get launched with great fanfare,” said Dr. Steve Miller, the chief medical officer at Express Scripts, which manages the drug benefits of more than 80 million Americans. “But then you never hear anything about it after the launch because most of them collapse under their own weight.”`

In a recent note to investors, David Maris, an analyst at Wells Fargo, described the approach as a “carnival game” and said he did not know of any such arrangements “where a drug company did not consider it a win for them.”`

Robert Zirkelbach, a spokesman for the Pharmaceutical Research and Manufacturers of America, the industry trade group, said the approach was in keeping with a trend toward paying doctors and hospitals for the quality of care they deliver rather than the number of services they provide.

“We recognize that as science is moving forward, the way we pay for medicines needs to evolve as well,” Zirkelbach said. The group has been promoting the idea in an advertising campaign.

To understand how these deals work, consider the one that the drugmaker Amgen made with Harvard Pilgrim Health Care, a nonprofit insurer in Massachusetts and one of the insurers to most aggressively test the concept. It has entered into at least eight such deals over the past two years. This spring, Amgen agreed to pay a full refund to Harvard Pilgrim if patients who took its pricey new cholesterol drug, Repatha, suffered a heart attack or stroke. Repatha is intended for patients with very high cholesterol levels, for which cheaper drugs, known as statins, do not work.

Have You Had Difficulty Paying For or Accessing Prescription Drugs? We Want to Hear From You.

As part of such deals, insurers eased restrictions on which patients could gain access to the drug, said Dr. Joshua J. Ofman, a senior vice president at Amgen. Sales of Repatha and similar drugs have disappointed in part because insurers have been reluctant to pay for them given their price. Repatha can cost up to $16,000 per year.

If Harvard Pilgrim patients taking Repatha have a heart attack or stroke, they share in the refund, getting back all out-of-pocket payments that they have made toward the drug, said Dr. Michael Sherman, chief medical officer at Harvard Pilgrim.

Doctors who prescribe Repatha said the deals do not affect how they treat patients. “We’re completely agnostic to it,” said Dr. Frederic S. Resnic, chairman of cardiovascular medicine at the Lahey Hospital & Medical Center in Burlington, Massachusetts, who sees patients with Harvard Pilgrim insurance. The drugs are so costly that doctors still only prescribe them when patients really need them, he said.

Dr. Peter B. Bach, director of the Center for Health Policy and Outcomes at Memorial Sloan Kettering Cancer Center in New York, is skeptical. He said the pharmaceutical industry is conflating setting drug prices based on the value they bring to patients and the health care system, which he supports, with negotiating givebacks when patients don’t respond to drugs, which he sees as too little, too late.

The arrangements, he said, carried “bells and whistles” that made them look good in theory. “But as long as you control all the contract terms, it can be a lot of optics but no substance,” he said.

Bach and others say the pharmaceutical industry is using this approach to justify seeking major changes to federal regulations that could benefit them even more — including rolling back a requirement that Medicaid programs for the poor get the lowest drug prices, and another that bars companies from giving kickbacks to health providers. The industry says the changes are needed to allow more flexibility in the type of deals they can offer.

Drug companies and insurers touted these contracts when they were announced, but participants in several deals either declined to comment recently or provided little information about their programs.

At a conference last month in Virginia, a senior director with Prime Therapeutics, a pharmacy benefit manager, offered a blunt assessment of such contracts, saying they were not cost-effective. But in a phone interview, his boss, David Lassen, the chief clinical officer, was a bit more measured, saying that though the deals carry promise, the work to track patient outcomes is expensive and burdensome. “In their current state, where they’re falling short is where you look at the return on investment,” Lassen said.

Sherman at Harvard Pilgrim said the deals would not work for every drug and that drugmakers typically showed no interest when there were no competing brand-name drugs that worked in a similar way. 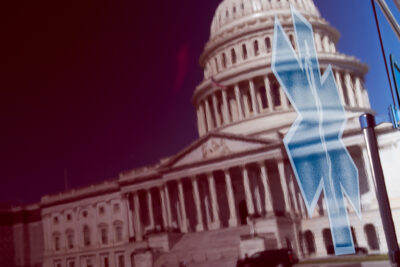 The Medicaid Threat That Isn’t Getting Much Attention

As Republicans in Congress work to roll back the Affordable Care Act, they and some states are proposing major changes to the Medicaid program. Researchers say these changes would cost millions their health coverage.

Some pharmaceutical executives acknowledge the model should not be seen as a panacea. Leonard S. Schleifer, the chief executive of Regeneron, questioned how such pricing would work for a drug like Dupixent, an eczema drug his company makes that was approved this year.

“Are we going to start calculating the surface area of the rash that’s improved?” said Schleifer, whose company has entered into some outcomes-based deals for Praluent, a competitor to Repatha.

Other drugmakers said proof that the concept works can be seen in the interest they are getting from insurers. “No one is going to enter into these contracts if they don’t believe the prices they are paying are of good value,” Ofman, of Amgen, said.

Beginning in 2006, the Italian National Health System negotiated deals with drugmakers for certain medicines. It required doctors to track whether their patients were meeting certain goals, and if they were not, the pharmaceutical company would reimburse a share of what it was paid.

In 2015, researchers studying Italy’s experiment concluded that the amount of money refunded by the companies was “trifling.”

“The performance of this system was very, very poor,” said Filippo Drago, director of the Department of Biomedical and Biotechnological Sciences at the University of Catania in Italy and an author of the study. He attributed the low savings to the administrative complexity of tracking the results and said drug companies fought efforts to reimburse for bad outcomes.

Italy now asks drug companies to provide some of their products for free — at first. Manufacturers are only paid once results are demonstrated.

Correction, July 10, 2017: An earlier version of this article referred incorrectly to deals between drugmakers and health plans for coverage of drugs like Repatha. The deals made it easier for patients to gain access to Repatha through their insurer; they did not ease restrictions on which patients were prescribed the drug.