A new report out today by researchers at MIT contains some good news about America’s election process. States seem to have fixed the long lines and sky-high wait times that plagued voters in 2012. Overall, it’s getting easier to vote, the research shows.

The report, called the Election Performance Index, also found evidence of a large group of voters who cast a protest vote in 2016.

The index is based on a variety of sources, including public surveys and census data. It grades each state on 17 factors that are designed to measure how well they administered the 2016 elections, from voter turnout to provisional ballot rates to the quality of a state’s public data.

Here are a few key takeaways:

“None of the Above”

A large number of Americans, perhaps a million or more, handed in incomplete ballots in the 2016 election, leaving their choice for president blank. This sizable protest vote, invisible to election observers, was detected by one of the EPI’s statistics called the “residual vote rate.”

The rate is defined as the percentage of all ballots cast that include either an “overvote” — meaning the voter selected too many candidates in a race — or an “undervote” — which for the EPI means ballots that left the top of the ticket blank.

The measure rose nationwide from 0.967 percent in 2012 to 1.395 percent in 2016 according to Charles Stewart and Claire DeSoi of the MIT Election Lab: a 44 percent increase.

The rate was meant to detect problems with ballots themselves. However, experts think the increase in the rate for 2016 is an indication of something else. The upward trend, they say, amounts to voters abstaining from voting for president — “more specifically, abstention among Republicans,” says a paper published earlier this year.

Thus the residual vote rate “was measuring dissatisfaction with the top of the ticket,” said Judd Choate, Director of Elections in Colorado.

The survey behind the EPI report does not ask states to distinguish between overvotes or undervotes. However experts say the unexpected spike in the residual vote in 2016 is best explained by voters unwilling to choose either candidate. Based on their research and collection of opinion polls, Stewart et al. say this phenomenon was more widespread among Republicans reluctant to vote for Donald Trump.

Be a More Informed Voter 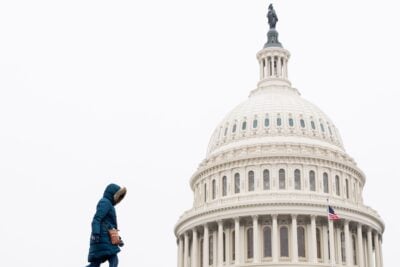 “If we were to pick a single cause in this uptick in the residual vote rate,” writes Stewart and his colleagues, “it would be abstention due to alienation from the candidates.”

Most states leave voters no option for picking no candidates in a race. In Nevada, on the other hand, voters can choose “none of the candidates.” The state has had this option since the 1970s.

“Nevada has a way of letting voters signal that they don’t care about any of the choices in front of them,” says Stewart.

In 2012, news footage of long lines — especially in states like Florida — filled the evening newscasts. Hundreds of thousands failed to vote because they faced problems like long lines. One paper estimated that between 500,000 and 700,000 votes were lost.

But according to the 2016 EPI report, long wait times at the polls on Election Day and early voting days have improved markedly.

DeSoi credits the improvement to the work of a bipartisan commission created by the Obama administration in 2013 called the Presidential Commission on Election Administration, which had been tasked with figuring out why wait times in the 2012 election were so severe and drafting possible solutions.

Genya Coulter, a Florida election administrator in the 2016 election, agrees that the PCEA’s work helped local election officials understand and tackle the problem. “The committee came up with some amazing ideas,” said Coulter.

“The increased understanding of why lines form in the first place puts election officials in a much better place to put in policies that address the problems,” DeSoi said.

Looking forward to this fall’s 2018 midterm elections, Coulter says they will continue the efforts that shortened wait times in 2016.

“People have never forgiven Florida for 2000,” Coulter said. “I try to stress to my team that I want us to be the most pleasant and efficient government experience anybody is going to have all day.”

Although it is considered the most comprehensive analysis of election performance, the EPI lacks a measure that tracks progress on cybersecurity, which has become more important as states turn to the Internet to ease the voting process.

All 50 states, for example, post some amount of voting information on their election websites, compared to 40 states in 2008. Such moves are welcome, but come with inherent security risks.

“We are rewarding states for going online more right at the moment where we think that being online introduces vulnerabilities into the election system,” Stewart said.

States have also been working to bring the registration process online. Online Voter Registration enables voters to register to vote on a government website instead of filling out a written form.

Joseph Lorenzo Hall, an election security expert at the Center for Democracy and Technology, said that election officials are big fans of allowing voters to register online “because it helps register people to vote who otherwise wouldn’t bother.”

While online registration is more convenient for voters, it might also increase the risk of outside interference, including hackers making changes to registration records or stealing voter registration data. “Changes to the records themselves by unauthorized parties is the most serious,” said Hall. “A smart attacker would do this to favor one choice over another in a contest.”

With election cybersecurity taking over 2018’s headlines, scorecards like the EPI could let the public know how much progress their states are making at defending against attacks — and serve as an incentive for officials to act decisively.

Judd Choate, the Colorado Director of Elections, says his state has made progress that the EPI doesn’t reward: “We have all these election security measures and none of those things are incorporated into the EPI.”