The case of the wrong person being taken off life support at St. Barnabas Hospital in the Bronx in 2018 is in many ways an aberration, a mix of bad luck, missed opportunities and unlikely coincidences.

It thus only touched in a limited way on the complex, emotional and legally fraught issues surrounding end-of-life care — what patients are entitled to, what doctors are obligated to do and who is responsible for making sure everything is done appropriately.

Until relatively recently, not much existed to protect the rights of the terminally ill in New York state. Doctors were trained to treat and treat and treat some more. Except in a very limited number of cases, families were not legally authorized to make decisions about end-of-life care for those patients who had lost the ability to decide for themselves. Across many years, needless suffering was common.

A decade ago, however, New York enacted a series of laws meant to improve how people died.

The legislation had two major components: First, health care providers treating the terminally ill are now required to offer to inform patients or those lawfully entitled to make decisions for them of the full range of options for navigating their final days, including the right to “comprehensive pain management” and the right to decline any or all care. Second, under the Family Health Care Decisions Act of 2010, families were empowered to make choices about care for an incapacitated loved one, including to end life-sustaining treatment if certan conditions are met. The legislation, dealing with people who did not have a designated health care proxy or a set of what are known as advanced directives, created a hierarchy of who got to make those decisions — a spouse or child or legal guardian, even what the law listed as a “good friend.”

Ten years on, though, there are many who worry that the legislation has had less of an impact than hoped.

“We’re certainly in a better place now with regard to the end of life and how people die than we were,” said David Leven, executive director emeritus for End of Life Choices New York, an advocacy organization. “But we’re not in a good place.”

Leven, a lawyer who spent much of his early career representing the indigent, has been as involved as anyone in New York in the public policy debates surrounding end-of-life care. He has met and worked with lawmakers, families, doctors, scholars and lawyers. Today, he said, just about 30% of those who are eligible — people 18 or older and capable of making their own decisions — have designated a health care agent or completed legal documents making clear their wishes for end-of-life care. Too many health care providers remain uninformed, he said, and do not properly communicate with patients and families, and thus their wishes too often get ignored. Leven said he faults both the medical establishment and the state regulators meant to oversee the implementation and enforcement of the legislation.

“I think we can attribute the lack of compliance, if you will, to a lack of good continuing education of health care professionals — doctors, nurses, social workers, etc. — in hospitals, nursing homes and assisted living facility settings,” Leven said.

Roughly a decade after the state adopted legislation, he said, “I know that there is widespread noncompliance with it throughout the health care community, in part because so many health care professionals still don’t even know of its existence.”

Thaddeus Pope, a law professor and the director of the Health Law Institute, has studied the kinds of failings still being made involving end-of-life legal requirements. In New York and other states, he said, those missteps fall into several consistent categories:

Doctors often turn to family members to make decisions when the patient actually still has the capacity to decide about care. The rules about who should make treatment decisions for the incapacitated are often not followed. Even if the rules are followed, nobody checks to see if the person is who they represent themselves to be. Sometimes, the family member who claims to be the health care proxy, he said, turns out to have forged the relevant documents.

Asked how prevalent the problems are, Pope said, “That’s a great question.”

Jonah Bruno, a spokesman for the New York State Department of Health, said the department does conduct regular checks on whether health care providers, such as hospitals and nursing homes, are abiding by the laws governing end-of-life care. He said the department provides “surveyors” with guides for conducting those checks — sample interview questions, lists of documents to review and observations they should make to determine whether the hospital is complying with regulations. He said the department was also obligated to investigate specific complaints made by patients or their families.

Half a dozen experts in the legal and medical issues surrounding end-of-life care said New York and other states, faced with making choices about how to spend their resources, had settled on what amounted to a complaint-driven model for oversight and enforcement of end-of-life regulations.

“We are willing to accept an error rate,” Pope said.

Leven said New York was one of the relatively few states to have enacted laws governing palliative care. Pope said that almost all states have some form of statute dealing with how surrogates get identified and authorized for incapacitated patients.

Kathryn Tucker, a lawyer, said that in recent years families had become more willing to go to court to hold health care providers accountable for mistakes or misconduct involving end-of-life care. For many years, she said, courts had not looked kindly on what became known as “wrongful life” lawsuits — claims by families that extreme measures had been taken to keep a patient alive even when such measures were not what the patient or family wanted. That is changing, she said, and such lawsuits, should they result in major awards, might be the thing that provokes the health care establishment and its regulators to improve their performance.

This summer in the Bronx, a family sued Montefiore Hospital over allegations that it disregarded legally prepared documents and confused which family member was authorized to make additional health care decisions; as a result, the family claimed, an elderly and hopelessly ill father needlessly endured three weeks of pain and suffering.

Lawyers for Montefiore responded to the lawsuit by denying any wrongdoing and placing blame with the family. 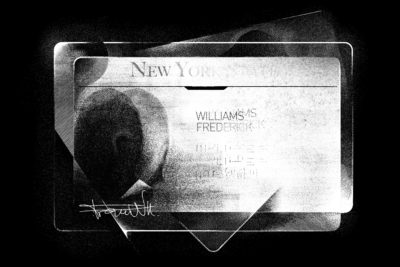 “The cases you hear about,” Tucker said, “are rare examples. There’s a big iceberg below, but I don’t know even how to quantify it.”

There’s no end of anecdotes, experts say. The former spouse permitted to end life support for their divorced husband or wife just because paperwork hadn’t been updated. The patient who received unwanted life-sustaining care from a nurse or doctor because they did not want the added work created by a patient dying on their hospital shift.

“If you are a hospital administrator,” said Hoffman, the bioethicist at Columbia, “you know that anything that can happen will happen.”

Even when everything goes right at the hospital — the proper family member makes the end-of-life medical call and that wish is honored responsibly and respectfully — no one really knows if the decision to end an incapacitated patient’s life is, in truth, what they would have wanted.

Pope said studies in which families are put through hypothetical end-of-life scenarios have consistently shown that the decisions surrogates make for loved ones are mistaken.

One of the more thorough reviews of such experiments, Pope said, was published in 2006 by the American Medical Association. Drawing from a wide variety of work, the authors concluded that people asked to play the role of designated health care surrogate incorrectly predicted the wishes of a loved more than a third of the time.

“Neither patient designation of surrogates nor prior discussion of patients’ treatment preferences improved surrogates’ predictive accuracy,” they wrote.