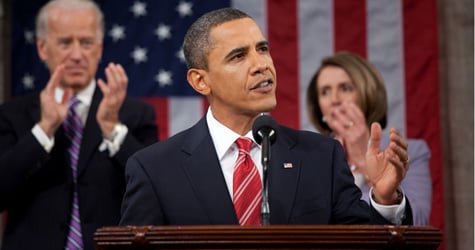 Last week in his State of the Union address, President Obama announced a spending freeze. This week, he unveiled a budget that would increase federal spending by 5 percent over this fiscal year’s budget and increase the federal deficit to a record-breaking $1.56 trillion.

The announced freeze is on most non-military discretionary spending in the federal budget, which will have a large impact on some federal agencies, but will not do much to slow down overall federal spending.

Jump to next paragraph

We at ProPublica have run the numbers, and found the freeze will impact only about one-eighth of the federal budget. What’s more, over the last 10 years the frozen portion of the budget has grown at about half the rate of non-frozen spending.

What in tarnation is non-military discretionary spending? Much of the federal budget is non-optional. Interest payments on the federal deficit must be paid, and the law establishes a legal right to Social Security benefits, so Congress can’t simply decide not to pay them. Take out that spending, and you’re left with about a third of the total federal budget that Congress can spend according to its, well, discretion.

A portion of that spending goes for defense which, while it may be discretionary, is generally not considered optional in the same way as spending for, say, the Department of the Interior.

Take that away and you’re left with about a sixth of total federal outlays. But according to the president (and clarifications by administration officials), not even all of that spending is subject to a freeze. It would not apply to the departments of Veterans Affairs and Homeland Security, nor Medicare and Medicaid, among other programs.

Subtract all those non-frozen items from the 2010 budget and you’re left with $447 billion. For the years 2011 through 2013, that will be the total budget available each year for federal departments such as Education and Health and Human Services, and agencies like the Environmental Protection Agency and NASA. The freeze means that for the years 2011 through 2013, the maximum budget for these departments and agencies will be … $447 billion. That amount is about 12 percent of the total federal budget for 2010.

Rut or cut? Because of inflation, the $447 billion will have less buying power in 2013 than it does now – so the agencies’ budgets will effectively be shrinking each year. (Inflation is currently 2.7 percent.)

How will the freeze work? Though the total budget for these programs is frozen, that doesn’t mean that they are all locked in to their 2010 budgets. The administration’s budget dramatically increases spending in some areas – like education – that are subject to the freeze. That means cuts to other spending to make room under the budget cap. The president’s budget, for example, scuttles NASA’s $100 billion effort to return astronauts to the moon.

How much money will be saved? The administration estimates the freeze will save about $250 billion over the next 10 years (for various reasons the budgetary impact will extend beyond 2013).

Will it actually happen? Now that Obama has released his budget, we can see which specific programs are winners and losers. But that’s not the end of the story: Congress still needs to approve the budget. And the fiscal year doesn’t start until October, so the freeze wouldn’t take effect until then anyway.

The list of agencies and departments affected by the proposed budget freeze: