Facebook said it would temporarily stop advertisers from being able to exclude viewers by race while it studies the use of its ad targeting system.

“Until we can better ensure that our tools will not be used inappropriately, we are disabling the option that permits advertisers to exclude multicultural affinity segments from the audience for their ads,” Facebook Sheryl Sandberg wrote in a letter to the Congressional Black Caucus.

ProPublica disclosed last week that Facebook was still allowing advertisers to buy housing ads that excluded audiences by race, despite its promises earlier this year to reject such ads. ProPublica also found that Facebook was not asking housing advertisers that blocked other sensitive audience categories — by religion, gender, or disability — to “self-certify” that their ads were compliant with anti-discrimination laws.

Under the Fair Housing Act of 1968, it’s illegal to “to make, print, or publish, or cause to be made, printed, or published any notice, statement, or advertisement, with respect to the sale or rental of a dwelling that indicates any preference, limitation, or discrimination based on race, color, religion, sex, handicap, familial status, or national origin.” Violators face tens of thousands of dollars in fines.

In her letter, Sandberg said the company will examine how advertisers are using its exclusion tool — “focusing particularly on potentially sensitive segments” such as ads that exclude LGBTQ communities or people with disabilities. “During this review, no advertisers will be able to create ads that exclude multicultural affinity groups,” Facebook Vice President Rob Goldman said in an emailed statement.

Goldman said the results of the audit would be shared with “groups focused on discrimination in ads,” and that Facebook would work with them to identify further improvements and publish the steps it will take.

Sandberg’s letter to the Congressional Black Caucus is the outgrowth of a dialogue that has been ongoing since last year when ProPublica published its first article revealing Facebook was allowing advertisers to exclude people with an “ethnic affinity” for various minority groups, including African Americans, Asian Americans and Hispanics, from viewing their ads. 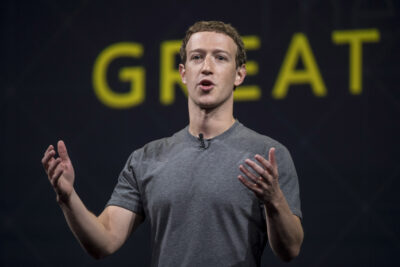 At that time, four members of the Congressional Black Caucus reached out to Facebook for an explanation. “This is in direct violation of the Fair Housing Act of 1968, and it is our strong desire to see Facebook address this issue immediately,” wrote the lawmakers.

The U.S. Department of Housing and Urban Development, which enforces the nation’s fair housing laws, opened an inquiry into Facebook’s practices.

But in February, Facebook said it had solved the problem — by building an algorithm that would allow it to spot and reject housing, employment and credit ads that discriminated using racial categories. For audiences not selected by race, Facebook said it would require advertisers to “self-certify” that their ads were compliant with the law.

HUD closed its inquiry. But last week, ProPublica successfully purchased dozens of racist, sexist and otherwise discriminatory ads for a fictional housing company advertising a rental. None of the ads were rejected and none required a self-certification. Facebook said it was a “technical failure” and vowed to fix the problem.

U.S. Rep. Robin Kelly, D-Ill., said that Facebook’s actions to disable the feature are “an appropriate action.” “When I first raised this issue with Facebook, I was disappointed. When it became necessary to raise the issue again, I was irritated,” she said. “I will continue watching this issue very closely to ensure these issues do not raise again.”