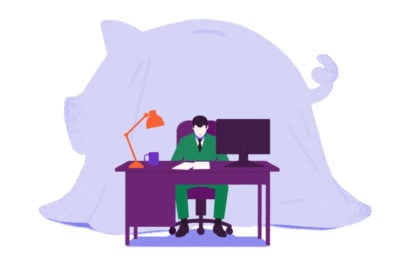 Federally funded health researchers reported more than 8,000 “significant” financial conflicts of interest worth at least $188 million since 2012, according to filings in a government database obtained by ProPublica.

The database of disclosures reported to the National Institutes of Health, which has not been made public before, details the financial relationships of researchers at universities, hospitals and nonprofit organizations. These outside interests range from stock holdings in companies that may benefit from the outcome of research to payments for royalties, consulting work and speaking engagements. The total value of the conflicts is likely much higher than $188 million, in part because 44% of the disclosures did not place a dollar value on the investigator’s financial relationship.

The NIH requires disclosures of “significant” financial conflicts — valued at more than $5,000 a year — because outside income from interested parties can potentially affect researchers’ objectivity and influence the design and findings of their taxpayer-subsidized work. Although the NIH collects the filings in a central database, the agency does not post the information online and has not released the database to an outside party before. The NIH provided ProPublica a copy of the database in September following a Freedom of Information Act request filed in January. 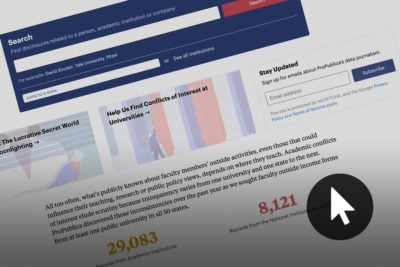 ProPublica is providing public access to the data through its Dollars for Profs lookup tool.

“This is critically important,” said Lisa Bero, a University of Sydney professor who studies the impact of corporate interests on health care research. “Many people over the years have been calling for it. We need this kind of data available.”

Most of the financial relationships with a value of $600,000 or more, the highest level of disclosure, resulted from researchers taking equity stakes in, or licensing patents and copyrights to, drug and biotech companies. The companies range from small, private startups to large pharmaceutical concerns such as Bristol-Myers Squibb, Eli Lilly and Co., and Novartis.

While the worth of NIH-funded researchers’ financial conflicts of interest has not previously been made public, the U.S. Department of Health and Human Services inspector general reported last year that the value of NIH grants associated with such conflicts was $1 billion in fiscal 2018.

About 3,000 researchers accounted for the 8,101 significant conflicts disclosed to the NIH. The dataset includes some of the best known names in medical research. 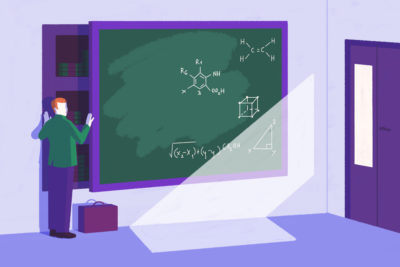 Harvard University expert on aging David Sinclair, named one of the most influential people in health care by Time magazine, reported equity stakes worth more than $600,000 in two separate companies. He is a co-founder of CohBar Inc., a California biotech specializing in treatments for age-related diseases. Sinclair has a grant from the National Institute on Aging to search for new peptide-coding genes, an area of research that overlaps with the work of CohBar. His conflict filing states that CohBar may be interested in collaborating on the research and that the study findings could benefit the company.

Sinclair referred ProPublica to a Harvard Medical School spokeswoman, who declined to answer questions about his disclosure. She pointed to the school’s conflict of interest policy, which says, “We take very seriously our obligation to protect against any faculty bias. ... Identifying and managing conflicts transparently and appropriately is essential to ensure that conflicts do not undermine the integrity of the faculty and its scientific endeavors.”

In some cases, the institutions reported additional details about the amount of equity held by researchers, but the NIH blocked those details from disclosure, citing an exemption for withholding trade secrets, and confidential commercial or financial information.

Dr. J. Keith Joung, a Massachusetts General Hospital researcher on genome-editing technologies, reported to the NIH in 2017 that he held an equity stake of more than $600,000 in Editas Medicine Inc., a publicly traded company he co-founded. A note to the disclosure appears to have provided more details on the equity value, but that information was redacted by the NIH. The exact size of his stake today is unavailable, but Editas reported in 2016 to the U.S. Securities and Exchange Commission that Joung owned 480,769 shares. That stake was worth $8.7 million at the time.

A spokesman for the hospital and Joung said a plan to manage Joung’s financial relationship “is in place designed to safeguard objectivity in the research projects.” The plan ensures that other researchers working with him are aware of his equity stake, and that it is reported in publications and presentations, the spokesman said.

The NIH is the biggest public funder of biomedical research in the country, with more than 80% of its $39.2 billion budget going toward grants to fund work at universities and research institutions. The database reflects filings made after 2011, when the NIH, under pressure from Congress because of several high-profile cases of federally funded researchers failing to disclose millions of dollars in corporate payments, revamped its rules to strengthen monitoring of conflicts of interest. It lowered the threshold for reporting significant financial conflicts and mandated more public disclosure of the relationships. Under current rules, a significant financial interest exists when a researcher receives compensation in excess of $5,000 a year from entities that may benefit from the NIH-funded work or has an ownership stake in those companies.

Responsibility for determining if researchers have a conflict of interest largely falls to the institutions and schools that employ them. When researchers apply for NIH funding, they report their outside financial relationships to their employers, which review those disclosures and determine if a conflict exists. If the answer is yes, the university must develop a management plan to prevent the financial relationship from biasing the research and report the conflict to the NIH.

In toughening reporting rules, the NIH initially indicated it would require institutions to post details of the financial dealings online. But that requirement was dropped before the final rules were issued, reportedly at the insistence of the White House budget office. In its place, the NIH gave institutions a choice: They could either post the filings online or disclose the information only when asked for it.

A small number of institutions, including the University of Utah, post the financial conflict information online. Most have adopted a convoluted system allowed by the NIH that requires anyone interested to figure out whom to contact, submit a request and then wait up to five business days for the information.

Researchers are required to report the value of their financial interest in ranges. About half of the 8,000 disclosures were for less than $100,000. Slightly more than 500 disclosures were between $100,000 and $600,000, and 153 conflicts exceeded $600,000. Based on the maximum amount of the ranges, and capping financial interests at $600,000, the value of the financial relationships reported in the database could be as high as $237 million. (In calculating a total dollar amount, ProPublica excluded duplications where a researcher with multiple grants reported the same conflict more than once.)

But the actual total is probably even higher. That’s because the biggest payments in the top category may far surpass $600,000 and also because in nearly half of the disclosures the reporting institution indicated that the value of the researcher’s financial conflict “cannot be readily determined.” Whether a value can be determined is left up to the investigator and the institution employing that person, according to the NIH.

In some cases, ProPublica was able to use public records to estimate values reported as incalculable. One example involves David Weiner, a leading vaccine researcher at the nonprofit Wistar Institute in Philadelphia who reports an ownership interest in Inovio Pharmaceuticals. On its website, the publicly traded Inovio indicates it has the exclusive right to license intellectual property arising from a collaboration with Weiner and his lab at Wistar. Inovio is also listed as a subrecipient of an NIH grant to Wistar for Weiner’s vaccine-related research. 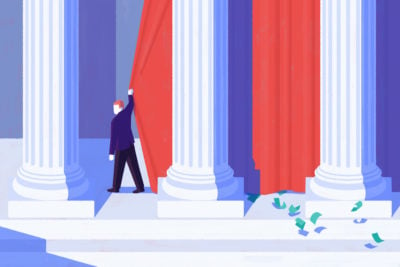 Inovio, in 2018 and 2019 filings with the SEC, disclosed that Weiner held just over 1 million shares of company stock. On the day his financial conflict of interest with Inovio was reported to the NIH in 2018, his shares were worth just under $6 million. Yet Wistar told the NIH that the value of Weiner’s ownership stake could not readily be determined.

A spokeswoman for Wistar Institute and Weiner, Darien Sutton, told ProPublica in an email that “to the best of our knowledge” Weiner owns approximately 1 million shares of Inovio.

“The value of Dr. Weiner’s equity interest in Inovio fluctuates due to variable share price, yet the approximate magnitude of that interest has been contemplated and accommodated in an appropriate management plan for the conflicting interest,” Sutton wrote.

Similarly, Northwestern University did not provide a value for nanoscience researcher Chad Mirkin’s equity interest in a publicly traded company. Mirkin is on the board of directors of Exicure Inc., which could benefit from his NIH-funded research, according to his financial conflict disclosure.

Exicure, in an SEC filing, reported Mirkin was the beneficial owner of more than 11 million shares of company stock. A footnote in the report indicates most of the shares involving Mirkin are held by a private company. Mirkin, in an email, wrote that he is the chairman of the board of that private company. He said the company is made up of about 30 investors who collectively own the Exicure stock. At the time his financial conflict of interest disclosure was filed with the NIH, the Exicure shares linked to Mirkin, including those held by the private company, were worth just over $26 million.

A Northwestern spokesman said that its management plans “focus on ensuring transparency and creating separation between company activities and Northwestern activities,” in order to avoid biased decision making. In response to questions from ProPublica, Northwestern said Mirkin’s equity stake in Exicure was worth between $400,000 and $449,999 as of Dec. 2. A university spokesman wrote in an email that Northwestern “has historically reported” equity holdings as a value that cannot be readily determined because their worth fluctuates over time.

More From This Series