On a hot and steamy Sunday morning, the man smuggling 6-year-old Alison Jimena Valencia Madrid and her mother, Cindy, across the border into the United States told them to be ready to depart soon. Cindy Madrid, exhausted and excited, called her sisters in Houston — the final leg of their month-long journey from El Salvador was about to begin. The sisters whispered a prayer into the phone, asking God to go with them. Then one sister grew serious: Make sure Jimena memorizes my phone number in case you are separated from one another along the way.

“How do you expect me to do that?” Madrid asked in a panic. “There’s not enough time.”

The sisters were firm. “We don’t know how. But do it.”

One whirlwind week later, that number, drilled into Jimena’s head by rote as she and her mother rafted across the Rio Grande, has become the little girl’s lifeline. Shortly after setting foot in Texas on June 13, they were detained and Border Patrol officials separated mother from daughter as part of the Trump administration’s zero tolerance enforcement policy. But Jimena’s ability to recall her aunt’s phone number through the trauma of that separation has, so far, kept her from becoming lost in a system that has taken more than 2,300 immigrant children from their parents.

Jimena’s insistent pleas for a phone call at a Border Patrol detention facility, captured on an audio recording provided to ProPublica, quickly became the searing incarnation of what the Trump administration is doing to children. Almost instantly, Jimena’s voice was everywhere; listened to millions of times in homes, at protests, and even the White House press briefing room. The seven-minute audio crystallized the impact the policy was having on children, stirring outrage.

“After all she’s gone through, her reward is that she’s become the voice for all the children in that situation,” said her aunt, a Salvadoran woman who is seeking asylum and asked not to be identified because she worries about how public attention might affect her case. 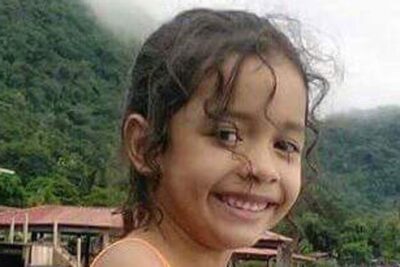 The path ahead for both Jimena and her family remains uncertain. Under withering attack from foes and friends alike, President Donald Trump on Wednesday appeared to retreat from the policy, saying he had instructed authorities to stop separating immigrant families and start reuniting them. And today, administration officials suggested that they might undo their decision to criminally prosecute every immigrant caught illegally crossing the border.

But thus far, the president has provided no clear plan for implementing his instructions. And, while it only took the stroke of a pen to both create and, perhaps, scuttle the policy, its effects have wrought havoc on an immigration enforcement system already widely recognized as failing. Now that same system faces the daunting task of putting those families back together. Jimena’s case opens a window into how that process will work.

“Whether or not my sister and niece are able to stay in the country, the most important thing is that they are reunified,” said Jimena’s aunt. Speaking of her niece, she added, “What we don’t want is to lose her.”

And she worried about the other children stuck in the same predicament. “It’s really hard,” she said. “I can’t imagine the magnitude of these children’s suffering, the psychological and emotional damage that the older and younger kids there have.”

Memorizing her aunt’s phone number gave Jimena a huge advantage over many of the immigrant children who are illegally brought across the border by their families, and who are not old enough to speak, count, or even know their parents’ full names. Central American consular workers and child advocates report that, under zero tolerance, once children have been physically separated from their parents, their legal cases have been bureaucratically separated as well. The children have been treated like unaccompanied minors, even as their relatives were shipped to other U.S. detention centers. Now that the policy of separating families appears to have ended, the burden of the reunification will depend in large measure on the children’s abilities to provide information that will help authorities identify who, and where, their parents are.

The audio provided to ProPublica last week shows how difficult that will be. In it, nearly a dozen Central American children between the ages of four and 10 wail inconsolably. Consular officials struggle to get the children to stop crying long enough to tell them where they came from, and whether they came with their mothers or their fathers. The children are so distraught, they sound as if they can barely breathe. And they scream “Mami” and “Papá” as if those are the only words they know.

Amid the chaos, Jimena is heard, asking in full sentences for authorities to help her call her aunt. When they do not respond, she presses her point: “My mommy says that I’ll go with my aunt, and that she will come to pick me up there as quickly as possible so I can go with her.”

Jimena’s aunt said the consular official who eventually helped Jimena call her was struck by the child’s ability to stay composed under that kind of pressure. “Of all the children here, she’s the only one who provided information,” the official told her. “Most children here aren’t able to give names, much less a phone number.’”

The aunt said when she first heard Jimena’s voice on the phone. “I threw myself out of bed and fell on my knees. I thanked God that she remembered the number. If not, I don’t know what would have happened to her.”

Still, even though the authorities know where her mother is, Jimena has not been given a chance to speak to her mother since they were separated. And while authorities have told the family that Jimena will be reunited with her mother, they have not said when.

A staff member at the shelter in Phoenix, Arizona, where Jimena is being held couldn’t fully explain why the girl had not been allowed to speak to her mother, or even whether her mother had been consulted about vaccinations Jimena has received. The shelter worker, who would not provide her name, said that at one point, when Jimena’s mother called from an immigration detention facility in Port Isabel, Texas, the little girl was in a mandatory “Know Your Rights” workshop and couldn’t be excused to take the call. The shelter worker said the mother, who has very little money to pay for phone calls and spotty access to a telephone, was told to call back.

“I can’t say exactly why we haven’t been able to get Mom to talk to her daughter,” the shelter worker said. “But we are hoping to get Mom on the phone with her soon.”

In the meantime, the aunt passes messages between Jimena and her mother. She talked about her niece’s ordeal during an extensive interview in her tiny, rundown apartment on the southwest side of Houston. Her relief at finding her niece was palpable. She shared dozens of family photos, and showed the outpouring of messages on her Facebook page, joking about how she’s had her own “five minutes of fame,” thanks to her niece’s renown.

During the interview, both Jimena and her mother called the aunt. Madrid came to the United States from a small town outside her country’s capital, fleeing gang violence. She was cautiously optimistic about the prospect of reuniting with her daughter. She said other detainees had told her they heard Jimena on TV. “I’m so proud. She’s a very smart girl, very brave.”

Jimena, now happily connected to her aunt and her mom, sounded almost chirpy when she called, her rapid-fire way of talking making it hard for non-native Spanish speakers to catch everything she said. She organized her thoughts in lists, running through the activities of her day, the meals she likes and doesn’t like, and numbers and locations of vaccinations she’s received. One, she said, playfully pausing as if delivering a punch line, was “right on the very, very bottom of my butt.”

What she talked most about was not where she is, but where she wants to be: with her mother, outside of detention. When she gets there, she said she already knows the pets she wants to buy and the kinds of pizzas she wants to eat. She blew kisses through the phone to her favorite cousin and asked whether they can go to the same school. Then she asked her aunt whether she has a bathtub, warning: “You’re going to have to bathe me, because I’m going to be very dirty when I get there.” And then, her silly tone softened and she asked her aunt when she would see her mother again.

The aunt had no answer. “We don’t know yet, my love,” the aunt told her. “But she told me to tell you to behave yourself and be strong, until you’re back together.”