April has arrived. Americans, hunkered down while a pandemic rages, face what to do about their mortgage, their rent payment, their credit card bill and their other debts.

Local, state and federal governments have announced a variety of aid programs to help debtors through this dark period. But like the response to the coronavirus itself, the varying initiatives have been scattered and confused. Some governors acted to stop renters from being evicted weeks ago, while in other states the courts are still open, and meanwhile the federal government says it depends what kind of mortgage your landlord has. The answer to what kind of help can I get is a resounding, “It depends” — on what type of debt you’re talking about, who owns your debt and where you live. And on how long this societywide lockdown carries on. In short, it’s a mess.

Despite politicians’ pledges to help people out, most are still at the mercy of their bank, their landlord and debt collectors. This is why ProPublica is seeking to hear from readers, so we can report on what’s happening. If that’s you, please tell us your story.

When it comes to housing, the clearest thing that can be said is that most people are legally protected from being forcibly removed from their homes in the very near term. When it comes to other sorts of debts (with the major exception of most student loans, as we explain below), the federal government has provided no help.

The recently passed $2 trillion relief bill does involve both cash payments and larger unemployment insurance payments. That will keep some people afloat. We’ll be watching to see how many.

Below, we’ve given a quick overview of the three major types of financial obligations: mortgage, rent and other consumer debts. If you’re having trouble with a lender or landlord, take a look and please tell us how you’re faring.

The government has halted foreclosure filings or evictions until at least May 18, 2020.

For those seeking relief from mortgage payments, the main option initially is a forbearance, which would allow people to suspend their payments. To obtain a forbearance, borrowers will need to contact their mortgage servicer (the company that collects their payments) and simply say they are unable to make their payments because of the coronavirus crisis. No documentation should be necessary. The forbearance should also not result in a negative report to the credit bureaus.

Federal guidelines (which cover the two-thirds of mortgages that are government-backed) generally allow a forbearance of up to six months, which can be renewed.

“The critical issue is that ‘up to,’” said Julia Gordon, president of the nonprofit National Community Stabilization Trust. Many servicers are choosing to start with a three-month period, she said, which seems short, given the ongoing spread of the virus and depth of the economic damage. To get a further forbearance, borrowers will need to call again.

Wells Fargo is the largest mortgage servicer by far, processing payments for about $1.4 trillion in loans, according to Inside Mortgage Finance. Tom Goyda, a Wells spokesman, told us that the bank is granting an immediate 90-day payment suspension to affected mortgage borrowers who request it.

We asked what people should do if, as seems likely, Wells is overwhelmed with calls. Goyda told us that people could “send a message through online banking and request a payment suspension” and that confirmation should come in three to five days.

The payments missed during a forbearance will still be owed, and borrowers will have to contact their servicers towards the end of the forbearance to learn what’s next. One standard solution for government-backed loans is to extend the term of the loan to repay the missed payments. People whose income does not return to its prior level will need a more extensive loan modification to get affordable payments. That’s a much more complicated process, involving documentation.

Twelve years ago, when the last financial crisis hit, mortgage servicers, particularly the largest banks, made a bad problem worse. As ProPublically reported in story after story, servicers were inadequately staffed, frequently lost paperwork and made countless mistakes that cost people their homes. That was a crisis triggered by unscrupulous mortgage lending, and housing experts said that this time around there are important differences. The loans out there are pretty standard (without traps like sudden interest rate spikes), and borrowers generally have plenty of equity in their homes. Also, thanks to post-crisis reforms, there are now clearer rules about what servicers are supposed to do.

But we will be watching to make sure that servicers are following those rules, whether they are offering homeowners fair terms, and to see how they are treating their customers. So, homeowners, please let us know.

Here, the story is, unfortunately, simple. There is no federal program to specifically help with non-mortgage debts. The main exception is a provision in the recent $2 trillion coronavirus relief bill that will suspend payments for six months on federally backed student loans. Everyone else — those with payments for credit cards, auto loans, payday loans or anything else coming due — is on their own.

We hope readers will contact us to tell us whether lenders and collectors are working with them.

For the nation’s 44 million renters, the situation is more complicated.

First, for most tenants, some good news: Formal evictions have been halted for the next few months, thanks to a patchwork of protections on both the federal and local level.

On the federal level, the recent relief bill included a four-month moratorium on filing evictions and charging late fees to renters living in federally backed properties.

Meanwhile, on the state and local level, some governors and mayors have prohibited evictions for a period of time. So far, these orders are generally shorter in duration than the federal moratorium. However, in the near term, they could help out tenants who entered the eviction process before the federal ban went into effect on March 27, who aren’t covered by it. And in much of the country, the shutdown buys tenants some time. Since the courts in many places are closed through at least Easter, eviction cases are in limbo until they reopen. 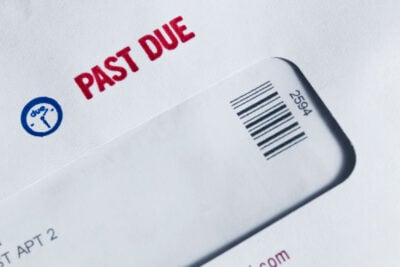 But there are important caveats. The federal moratorium, for instance, doesn’t include millions of tenants whose landlords don’t participate in government programs or have federally sponsored loans. And the courts aren’t closed everywhere.

Tenant advocates also worry that landlords might still try informal ways of putting pressure on tenants, trying to force them out without having to go to court. In Texas, for instance, landlords are allowed to change the lock on delinquent tenants, although they are supposed to provide a key when asked, regardless of whether the tenant can pay. Newton Tamayo, an attorney with Lone Star Legal Aid, said that it used to be extremely rare for clients to contact him because they’d been locked out, but that he’d received several such calls in the past week.

“We’re bracing ourselves for a deluge after this stay is up,” said Erica Taylor, who handles eviction cases for the Atlanta Volunteer Lawyers Foundation.

So, renters, please let us know what you’ve heard from your landlord or management company and how you’re making do.