At a major regional U.S. Postal Service facility in Pennsylvania, Election Day passed in a frantic blur of identifying and processing ballots.

“It’s crazy. It’s absolutely nuts,” a manager at the center said last night as she separated absentee ballots to be express mailed to meet deadlines.

Asking that her name not be used for publication, the manager said that she’d spent much of Tuesday answering desperate phone calls from local postmasters pleading to have ballots delivered to county election officials (she had no one to send) and that staff had spent much of it “running around like chickens with their heads cut off.”

In the aftermath of the Postal Service’s chaotic, last-minute push, it’s still not entirely clear on Wednesday just how many ballots remain at postal facilities, if any, or whether the much-criticized agency has done everything it was supposed to do to ensure ballots were delivered in time to be counted.

On Tuesday, the Postal Service appeared to defy the orders of Judge Emmet G. Sullivan of the District of Columbia, who mandated that the agency perform sweeps of 12 postal facilities by 3 p.m on Election Day to search for ballots. The Postal Service said that it was able to complete the sweeps by 8 p.m., but Sullivan was not pleased by the delay or the agency’s lack of communication about its compliance.

“At some point,” he said in court Wednesday, Postmaster General Louis DeJoy “is going to have to testify or be deposed.”

In recent weeks, delivery times for election mail have slowed and some 300,000 ballots that were received by the agency were not scanned for delivery, according to data filed by the Postal Service in federal court proceedings.

Civil rights and voting groups have sued the Postal Service and DeJoy, a major Republican donor, claiming they didn’t live up to obligations to deliver ballots on time.

Even as vote-counting continued today in swing states, including mail-in ballots that could make a decisive difference, attorneys for the Postal Service found themselves disputing the implications of the agency’s own data, which showed that on Election Day some 7% of election mail in sorting facilities was not processed on time. The agency also denied it has lost track of ballots.

“The assumption that there are unaccounted ballots within the Postal Service network is inaccurate,” Postal Service spokesman David Partenheimer said. “These ballots were delivered in advance of the election deadlines. We employed extraordinary measures to deliver ballots directly to local boards of elections. When this occurs, by design, these ballots bypass certain processing operations and do not receive a final scan. Instead, they are expedited directly to the boards of elections.”

In Harrisburg, Pennsylvania, managers and letter carriers alike took extra trips to rush ballots to their destinations. On Election Day around 5 p.m., about 200 ballots had been pulled from regular mail and needed to be sent to county election offices, according to Kim Miller, president of the local postal worker union. Pennsylvania may accept ballots up to three days after Election Day, following a Supreme Court ruling the week before the election. 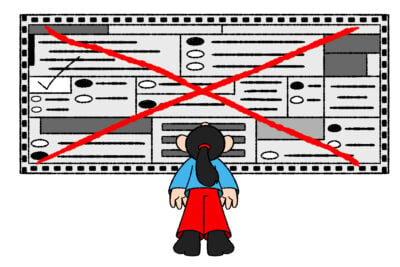 Miller said many postal workers have been working more than 60-hour weeks to process and deliver the extra load of political mail and ballots. More workers are out than usual because of COVID-19, contributing to slower mail service, she said. “I hope the post office realizes how understaffed we are.” Nationwide, about 8,690 postal workers are in quarantine.

Chris Czubakowski, the vice president of the American Postal Workers Union chapter of Milwaukee, said he was relieved by his area’s response to the surge of ballots in Wisconsin. His chapter spent weeks working on local and national task forces to handle election mail. Czubakowski said his processing facility performed a sweep at 3 p.m. on Tuesday and found seven ballots that had nearly slipped through the cracks. The Milwaukee facility also had sweeps 5 p.m. and at 8 p.m, and management set up a room to collect any ballots that were found. “I can say pretty assuredly things were done well here, and I’m proud to be able to say that,” Czubakowski said.\

Still, Czubakowski said he was worried by the recent data released by the Postal Service on ballot delivery performance. If more ballots are found too late to be counted, “the postmaster should look at himself in the mirror,” he said. “If there were ballots that were left behind by the Postal Service in defiance of the court order, they’re going to be found. They’re gonna be exposed.”