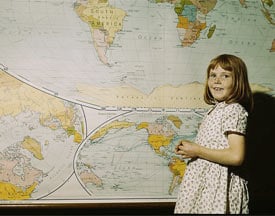 There’s $4.35 billion in Race to the Top education grants, but the spoils may go to only a few winners.   In what TheWall Street Journal calls "one of the most significant competitions" of the stimulus package, the number of states that will get a share of the money may be less than 15.  Using an elaborate scoring system just announced, the program will benefit only those states that have already taken steps to shake up their school systems, the Journal reports. "This is going to be highly competitive, and there are going to be a lot more losers than winners," Education Secretary Arne Duncan told reporter Neil King Jr. Preliminary plans for the program provoked an outpouring of criticism,  TheNew York Times reports, but the final rules have added flexibility.  Some potentially volatile aspects remain – like President Barack Obama’s emphasis on charter schools – but the new rules invite states to describe "innovative public schools other than charter schools." Despite the changes, Rahm Emanuel, Obama’s chief of staff, told the Times, "Even after all the comments, the rules are as comprehensive and demanding as before, they haven’t changed."

Meanwhile, CNN Money reports that while most economists believe that the recession ended at some point this summer, they are still torn on whether Congress should approve more  stimulus money. Arguing on the side of more stimulus, Mark Zandi, chief economist for Moody’s Economy.com, said that without another stimulus package, "the odds of sliding back into recession rises with the incredibly weak labor market." But on the other side, Joseph Carson, chief economist at AllianceBernstein, argues for more time. "Rather than force-feed an economy, you have to show some patience that it will perform as it did in the past," he said.