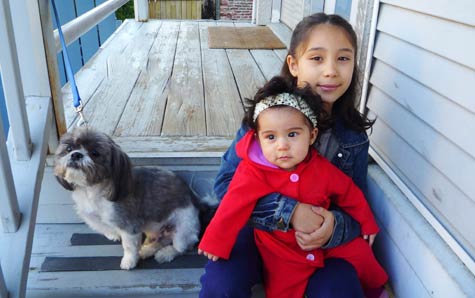 Susan Lauten had done everything right during her trial mortgage modification under the government's program to help struggling homeowners. She had submitted all the necessary paperwork and made the required trial payments on time each month.

Trial modifications are supposed to become permanent after three months of successful payments. But even though she held up her end of the deal, she found herself booted from the program, joining a swelling number of homeowners who are finding themselves in a situation that's worse than if they had never entered the program to begin with.

And it's just the latest example in a litany of problems that have beset the government's efforts to save millions of struggling homeowners from losing their homes.

Once they've been denied a permanent modification, homeowners owe the amount they were discounted during the trial. Banks often demand that the entire amount be paid as a lump sum right away or over a short period of time, causing a homeowner's payments to swell beyond the original monthly payment.

What's more, homeowners' credit scores are damaged because trial payments are reported to credit agencies as delinquent or as part of a payment plan.

Last year, a million Americans were given trial mortgage payment modifications by banks and other companies that service mortgages. The Treasury Department has in turn provided financial incentives to the banks. But the Treasury Department encouraged banks to start trials quickly, causing banks to make trial offers to people without fully vetting their eligibility, and ultimately letting in many homeowners who were destined to fail. After lingering for months awaiting final approval, thousands of homeowners are now being dropped from the program as banks eventually decide they don't qualify.

For those who were current on their mortgage payments when the trial started, this can be especially brutal. If a homeowner can't afford the sudden increase in the mortgage payment, the servicer can begin the foreclosure process, whereas prior to the trial they may have been eligible for other financing options.

More than 155,000 homeowners have been dropped from the program after starting trial modifications. Some of those were denied for legitimate reasons, such as missing a trial payment or experiencing a drastic change in income, but others were kicked off because of errors at the banks. 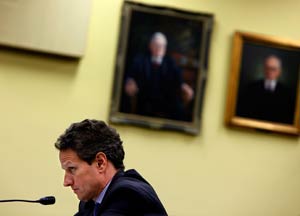 These numbers are expected to continue to rise. There are nearly 800,000 homeowners in trial modifications, and the Treasury expects one-third to one-half to fall out of the program before their modifications become permanent.

Lauten, the homeowner who was denied a modification after being in a trial for months, is now dealing with this reality. After losing her job at a university clinic last July, she wrote to her bank, Wells Fargo, explaining she would need help with her mortgage in the coming months. In September, Wells Fargo replied, offering a modification that brought her payments down to $433 per month from more than $900.

For homeowners who are current on their payments, mortgage servicers, the companies that handle modifications and foreclosures, have always been required to obtain documented proof of income before offering trial modifications. But Wells Fargo didn't ask Lauten for them until after she started making trial payments, she said. (Citing confidentiality, Wells Fargo declined to comment on Lauten's case.)

Lauten made the reduced payments for seven months, but was told in March that she'd been denied a permanent modification, after the bank seems to have decided her income wasn't sufficient. The difference between the regular payments and reduced payments accrued during the trial period, meaning Lauten now owes $2,200 on top of her payments, which have returned to more than $900 a month. According to a letter Wells Fargo sent Lauten, the bank gave her one month to pay back the $2,200, or else the bank would begin the foreclosure process.

"I had no choice," Lauten said, adding that she's scrambling to come up with the money.

The denial could have been avoided – by way of never offering a trial in the first place – if Wells Fargo had verified Lauten's income before it gave her a trial modification.

When a trial is granted without proper documentation, a homeowner can be denied even if both the bank and the homeowner act in good faith to do everything right. For example, homeowners may not understand exactly how banks calculate income under the program. That can lead to miscommunications, causing the servicer to offer a modification that the homeowner was not eligible for, said Lisa Sitkin, a staff attorney at the Bay Area-based Housing and Economic Rights Advocates.

Speaking at a Mortgage Bankers Association conference in February, Laurie Maggiano, a Treasury official who sets policy for the modification program, acknowledged the low bar for letting people into the program.

The strategy was "just get 'em signed up," she said. People got in on "on a wing and a promise."

This method of signing homeowners up who were delinquent and relying only on their stated income has been criticized by housing counselors, and it mirrors the questionable way people with shaky finances were given subprime mortgages in the first place.

Earlier this year, the Treasury Department announced new rules (PDF) for the program, making it mandatory for servicers to review documentation for all homeowners before beginning a trial – regardless of whether they are current. The change, which applies to all trials starting June 1, will likely result in fewer homeowners' being denied after making trial payments.

The cost of that, of course, is "it could mean that fewer trial modifications are offered," housing attorney Sitkin said. But "if they do it right, we should be seeing that the rate of conversion from trial to permanent should go up considerably."

If Lauten can't come up with the money, her only options are to sell the house for less than the outstanding mortgage amount (a so-called short sale) or hand the house over to the bank. Now that Lauten is faced with losing her house, she wishes she never agreed to a trial modification in the first place.

"I would have sold furniture or something" to make the original payments, she said. "I would have done what I had to do."

Many homeowners may have also been allowed into the program because in addition to not verifying income, banks sometimes also failed to run all the necessary tests before hand to see if they qualify. And when they finally do run the tests, they sometimes make mistakes, again leaving homeowners in a difficult spot.

Marial Fernandez was in a trial modification for months before the bank ran what's known as a Net Present Value test, an opaque calculation developed by the Treasury Department that determines whether the loan modification is in the best interest of the investor. Those tests are supposed to be run before a homeowner is ever offered a trial. When her bank, Chase, finally performed the test on Fernandez, the result turned up negative and she was kicked out of the program – seven months after she started.

Chase also sent Fernandez's a statement saying she owed $22,000 in back payments she accrued during the trial, including late fees.

Fernandez felt misled. "I don't feel they disclose that if this trial period doesn't work for you, you're going to owe $22,000 at the end," she said. "We would have looked for something different." 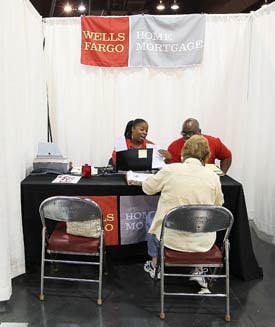 The bank apparently made an error when it ran the NPV test. It wasn't until calls from ProPublica that her case was given more scrutiny.

Just days after we contacted Chase inquiring about Fernandez's situation, the bank offered her a permanent loan modification under better conditions than her trial. "During the trial process, we required additional information and, after some confusion, approved the loan for permanent modification," Chase spokesman Tom Kelly wrote in an e-mail.

Kelly said Chase started trial modifications for delinquent borrowers not only without first confirming their income but also without running an NPV test "in order to keep them from falling further behind." He added that for homeowners who were current, documented proof of income was obtained and NPV tests were done prior to making trial offers.

Fernandez's new modification would have reduced her payment to about $1,500 per month from $3,100, but she decided to turn down the offer because her home was worth less than half of the loan amount.

Wells Fargo said in a March press release that half of its trials will end in denials, and the second-most common reason is because of NPV failures.

"If you put people in a trial plan without verifying that they're going to be able to go anywhere with it, it's just a collections tactic," said Sitkin, the housing attorney. "Maybe they bought a little extra time, but really that's money they could have been saving up for another place."