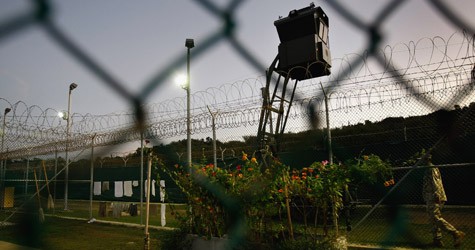 Much has occurredtoday with regards to Guantanamo Bay and many decisions are yet to come.

But there is another milestone worthy of note: Today marks the eighth anniversary of the creation of the legal foundation for the prison and the second-tier justice system established to try terrorism suspects there.

On Nov. 13, 2001, President George W. Bush signed what has become known as Military Order No. 1 in what he termed a Global War on Terrorism. Without informing his national security adviser, his secretary of state, his chief of staff or his communications director, Bush approved what would appear three days later in the Federal Register as: "Military Order of November 13, 2001: Detention, Treatment, and Trial of Certain Non-Citizens in the War Against Terrorism."

The few people inside the former administration who knew about the order were instrumental in its creation, including former Vice President Dick Cheney, his lawyer David Addington, former Secretary of Defense Donald Rumsfeld, former Attorney General John Ashcroft and a young, and then unknown, lawyer inside the Justice Department named John Yoo.

The order created a separate track of justice for any foreign citizen picked up on a global battlefield with the Pentagon serving as jailer, prosecutor and judge.

The findings, drafted in secret, also laid the way for many of the asserted war powers that the Bush administration later relied on.

"It was a foundational building block of the war on terror's legal architecture," said Matthew Waxman, a professor at Columbia Law School who worked on detainee issues during the Bush administration.

But those blocks began to crumble -- under legal challenge, political opposition and global outrage over a prison that President Obama would come to describe as a stain on America's "moral authority."

Detainees began arriving in Guantanamo two months after Bush signed the order and almost immediately world leaders lined up to condemn the facility. In a landmark 2006 ruling, the Supreme Court ruled that the military commission system that had been in place for Guantanamo Bay violated U.S. and international law, and that the Geneva Conventions applied to the detainees.

Detainees now have rights to challenge their detention and the military commissions have been revamped.

All told, since Military Order No. 1 came into effect, the prison at Guantanamo has ballooned in size and notoriety. Nearly 800 detainees have been housed there. Six have died there; more than 500 have gone home. More than 200 are still there, in limbo.