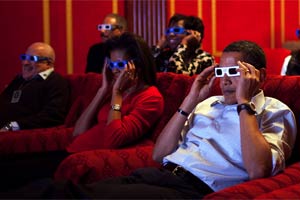 Today marks another deadline on the federal transparency to-do list (pdf). We’ve been following federal agencies’ progress toward greater openness as set out last December in a directive from the White House Office of Budget and Management.

Some of the plans we’ve looked at today are a bit vague when it comes to what agencies actually will to do to be more transparent – tossing around hip terms such as "goals," "strategy" and "accountability."

Others list concrete tasks. The Justice Department said it will "make significant court filings readily available" online. The Department of Health and Human Services plans to improve data from the Centers for Medicare and Medicaid Services, making it easier to understand and more timely.

The OMB directive was specific about what it expects in these plans. On the list: Agencies must explain in detail how they will increase transparency and include a timeline of when they will do it. They also must include a plan for timely publication of data. Plans must include basic information about the agency, such as its organizational structure and how it processes Freedom of Information requests. (No, not every agency does that already.)

Beyond laying out how they will open their information, agencies also must explain how they will make it easier for citizens to participate in agency activities. We’re hoping this means making it easier for folks to contact agencies, by adding features such as phone numbers and e-mail addresses.

Also due today is OMB’s plan for transparency in federal spending (pdf) and guidelines to improve the quality of federal data. And by today, the Office of Information and Regulatory Affairs – part of OMB – must have identified some of the major barriers to greater government openness, such as outdated technology.