This article was co-published with the New York Times.

There is an unusual space in the basement of the University of Louisville library, in the large anteroom to the official archives for Sen. Mitch McConnell. The space is called the Civic Education Gallery, but it is, essentially, a kind of shrine to the political career of McConnell, not unlike the exhibits on Babe Ruth or Hank Aaron you’d find at the Baseball Hall of Fame.

The mere fact of the shrine is curious enough, given that it memorializes a politician who shows no sign of leaving the stage any time soon. What’s most unusual, though, is what it chooses to highlight. There are a few artifacts from McConnell’s youth — his baseball glove, his honorary fraternity paddle — but most of the exhibits are devoted to the elections he won, starting with high school and on up through Jefferson County executive and the Senate.

When I visited the room while researching my 2014 biography on McConnell, I was struck by what was missing: exhibits on actual governing accomplishments from the Senate majority leader’s four decades in elected office. That absence confirmed my thesis that McConnell, far more even than other politicians, was motivated by the game of politics — winning elections and rising in the leadership ranks, achieving power for power’s sake — more than by any lasting policy goals.

Well, that was then. Four years later, it is becoming increasingly clear that Mitch McConnell is creating a legacy for himself, and it’s a mighty grand one.

McConnell has created the world in which we are now living. Donald Trump dominates our universe — and now has the power to fill the second Supreme Court seat in two years. McConnell, who has promised a vote on whomever the president nominates “this fall,” is the figure who was quietly making it all possible, all along.

First, there was McConnell’s vigorous defense, going back to the early 1990s, of the role of big money in American politics, which would help Trump not so much in terms of funding his campaign, but in helping shape the conditions for his appeal.

While McConnell has long cast his defense of campaign spending as a First Amendment issue — money is speech — he made no secret of his motivation for fighting so hard on the issue. Namely, that he was well aware that he, as someone lacking in natural campaign talents, and the rest of the Republican Party, as more business-oriented than the Democrats, would need to maintain the flow of large contributions to be able to win elections. “I will always be well financed, and I’ll be well financed early,” he declared after winning his first race for county executive, in 1977.

His crusade against campaign finance reform culminated in the Supreme Court’s 2010 Citizens United ruling eliminating limits on corporate spending on elections, which McConnell followed up by blocking legislation to disclose the identity of large donors. Even before that ruling, the spread of big money in politics had done so much to sour the public on government, creating a ripe target for the Tea Party and, later, for a billionaire populist running against “the swamp.”

McConnell laid the groundwork for the right-wing insurgency of 2009 and 2010 in another way, too, with his decision to withhold Republican support for any major Democratic initiatives in the Obama years. This meant that Republicans had less influence on the final shape of legislation such as the Affordable Care Act than they would have had as fully willing negotiators.

Prioritizing elections over policy, McConnell calculated that by blocking or delaying Democratic legislation, above all through aggressive use of the filibuster, Republicans would create a tedious gridlock that voters would blame the Democrats for. After all, weren’t they the ones in power? 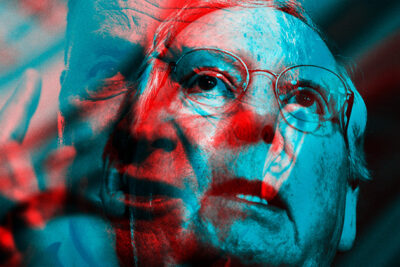 McConnell was right. This strategy helped to foment opposition to the health care bill, and to drive huge Republican gains in the 2010 election. But it also fueled the rise of the Tea Party, which was motivated substantially by the notion that Obama was “ramming things down our throats” — that is, passing legislation on a partisan basis after McConnell withheld any Republican negotiation. Of course, McConnell proceeded to have plenty of headaches managing the far-right contingent in his own caucus, but it was a contingent he helped produce.

His role in the election of Trump was even more direct. Most notable was his refusal to hold a confirmation hearing, let alone a vote, on Merrick Garland, Obama’s nominee to replace Antonin Scalia on the Supreme Court, despite the fact that the nomination was made a full 10 months before the end of Obama’s term. This refusal exploded norms and dismayed Beltway arbiters who had long accepted McConnell’s claim to be a guardian of Washington institutions. It also provided crucial motivation to Republicans who had grave qualms about Trump but were able to justify voting for him as “saving Scalia’s seat.”

McConnell’s other form of aid for Trump was more hidden. As The Washington Post reported a month after the 2016 election, Obama had been prepared that September to go public with a C.I.A. assessment laying bare the extent of Russian intervention in the election. But he was largely dissuaded by a threat from McConnell. During a secret briefing for congressional leaders, The Post reported, McConnell “raised doubts about the underlying intelligence and made clear to the administration that he would consider any effort by the White House to challenge the Russians publicly an act of partisan politics.” The Obama administration kept mum, and voters had to wait until after Trump’s election to learn the depth of Russian involvement.

Now, with the retirement of Justice Anthony Kennedy, it is evident just how much of a lasting legacy Mitch McConnell’s will leave the country: Donald Trump will have at least two lifetime appointments to the Supreme Court. The president has — and will now — enjoy greater latitude in filling those seats as a result of McConnell’s doing away last year with the 60-vote requirement for Senate confirmation, to get Neil Gorsuch seated. In the day and a half before Kennedy’s announcement, the impact of the Scalia seat was made plain again, as the court issued 5-4 rulings in favor of Trump’s “travel ban” and anti-abortion groups, and against public employee unions.

The abortion and union rulings had an ironic resonance, as far as Mr. McConnell goes. In the 1970s, when he ran for county executive in Louisville, he secured the pivotal endorsement of the A.F.L.-C.I.O. by pledging to back collective bargaining for public employees (a promise that went unfulfilled), and while in office he worked effectively behind the scenes to protect abortion rights locally.

But that was a long time ago, before McConnell saw the rightward swing of the Reagan revolution and decided to hop on board for his own political preservation as a Southern Republican. These days, McConnell has made explicit, with taunting tweets among other things, that he views long-term conservative control of the Supreme Court as his crowning achievement. It’s not hard to see why: Holding a long-term majority on the court greatly aids his highest cause — Republicans winning future elections — as recent rulings on voting rights and gerrymandering demonstrated once again.

Whether McConnell decides to add an exhibit in the Civic Education Gallery documenting his role in the rise of Donald Trump is another matter. The final historical judgment on that score will not rest with him, in any case.