Today, we’re reporting that more than half of older U.S. workers — those 50 and over — get laid off or pushed out of career positions on their way to retirement, and few ever again make what they did before these setbacks.

As with our story last spring describing how IBM has eliminated more than 20,000 U.S. employees ages 40 or over in the last five years, today’s findings aren’t the product of a leaked document or a single source’s tip.

They’re in large part the result of information we received from more than 2,000 older workers who filled out our questionnaires and answered more than 18 months of follow-up emails and phone calls.

Some of these workers said they’d been forced out of IBM, not only by layoffs but also through forced retirements and deteriorating work conditions that prompted them to quit. (IBM did not respond to specific questions, but it issued a statement saying, “We are proud of our company and our employees’ ability to reinvent themselves era after era, while always complying with the law.”)

After the story ran, we heard from others who described similar experiences with their employers.

This made us wonder more broadly about older workers’ decisions to retire or quit and how freely chosen those decisions are. We wanted to know how pervasive are the patterns we saw at IBM in the American workplace?

To answer these questions, we turned to the government-funded Health and Retirement Study, or HRS, working with the Urban Institute, a Washington think tank, and Urban economist Richard Johnson.

The HRS is funded by the National Institutes of Health and the Social Security Administration. Designed and fielded by the University of Michigan, it is widely recognized by economists and others as the premier source of quantitative information about older U.S. population and has been used in thousands of research studies.

Since 1992, the HRS has followed a nationally representative sample of about 20,000 Americans from age 51 until the end of their lives. It refreshes the survey every six years by adding a new group of people in their early 50s. It interviews everyone every two years. The latest round of interviews was in 2016, providing up to 24 years of data on the original respondents.

Among the questions the HRS asks in each survey wave is whether a person is working for the same employer as she or he reported in the previous wave. If not, the survey asks detailed questions about the circumstances of the person’s departure and the consequences that resulted from it. The HRS also asks a series of questions about retirement, including whether people who are working plan to retire and, if so, when, and how retirees view their departures from work.

We partnered with the Urban Institute and Johnson to use HRS data to examine how voluntary or involuntary are the big changes that occur in older Americans’ work lives.

To ensure accuracy and protect against drawing overly negative conclusions, we made a series of conservative assumptions about what types of workers to examine and which kinds of job departures to consider.

We looked primarily at workers who enter their 50s working full time and full year and who have been with the same employer for at least five years. HRS data and economic studies show these workers, whom economists describe as having high labor-market attachment, are the least likely to encounter employment problems. If they did have such problems, then those with more sporadic work patterns and weaker attachments almost certainly are having them as well.

To make sure we were looking at as long a stretch of people’s work lives as possible, we included only HRS respondents whose records start in their early 50s and who we also can see when they’re 65.

Layoff decisions are made by employers and are experienced as involuntary by employees. By contrast, retirements and quitting jobs are generally seen as decisions employees make voluntarily. But because of what we learned with the IBM story, we wanted to take a closer look at these. So in every case where the HRS said someone retired or quit, we looked at whether their answers to questions about the circumstances of their departures indicated deteriorating working conditions such as reductions in pay, benefits or hours; changes in work location or content; or problems with supervisors.

We looked at whether people unexpectedly retired, counting instances where people said in one survey wave that they expected to keep working for years to come, but in the next survey said they’d retired. To avoid overcounting, we only counted instances in which the respondents’ retirements were at least two years short of their expected retirement dates. 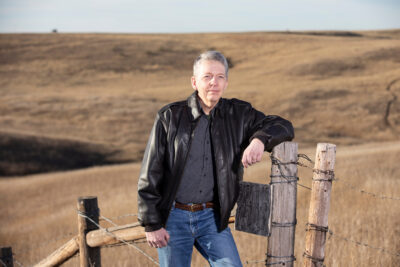 Finally, in all cases, we only considered job departures that resulted in very damaging consequences — at least six months of unemployment or a 50 percent or more drop in earnings from pre-departure levels. People are unlikely to make such changes of their own accord.

After sorting job departures in the HRS sample into voluntary and involuntary, we sorted the involuntary departures into those likely driven by employers and those resulting from personal forces, such as poor health or family problems.

To check that our results weren’t the product of a statistical fluke, we ran the same tests as we did for strongly attached workers for those without full-time jobs or long tenure with an employer. We also varied our seen-at-65 requirement. We looked at variations between people of different sexes, races and ethnicities and among those with varying amounts of educations. In all instances, we came up with similar results.

To provide more details of our methods and results, we co-authored a research report with Johnson, “How Secure Is Employment at Older Ages?” which is posted on the Urban Institute’s website. “The underlying data and sensitivity analyses are also available.”

Taken together, Johnson said, the evidence in our story and in the report “calls into question the notion that most seasoned workers who are strongly attached to the labor force can remain at work and earn stable income until they choose to retire.”

Update, Dec. 28, 2018: This story has been updated to include a link to the underlying data and analyses.