The slide below is from a May 29 presentation on natural gas development in the Marcellus Shale in New York given by the state's Department of Environmental Conservation to state lawmakers. As the last bullet point states, the department believed that hydraulic fracturing -- the injection of water, gas and chemicals at high pressure into wells to increase the flow of oil or gas out -- had caused "not one instance of drinking water contamination" in other states. A joint investigation by ProPublica and WNYC found that significant contamination has resulted from drilling operations.

In New Mexico, oil and gas drilling using waste pits comparable to those planned for New York has caused toxic chemicals to leach into the water table at more than 800 sites. Colorado has reported more than 300 spills affecting its ground water. And in Wyoming, an Environmental Protection Agency report found the cancer-causing compound Benzene in more than a third of the groundwater samples it tested from one of the state's largest gas fields. 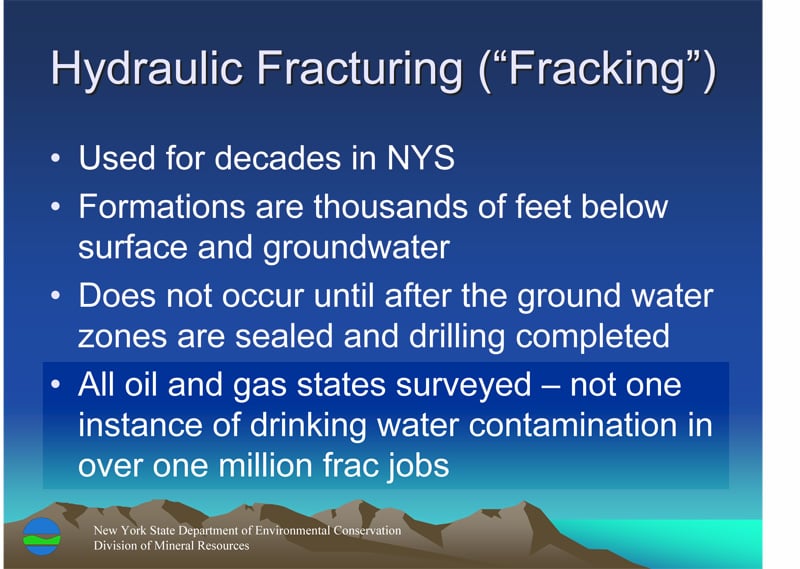